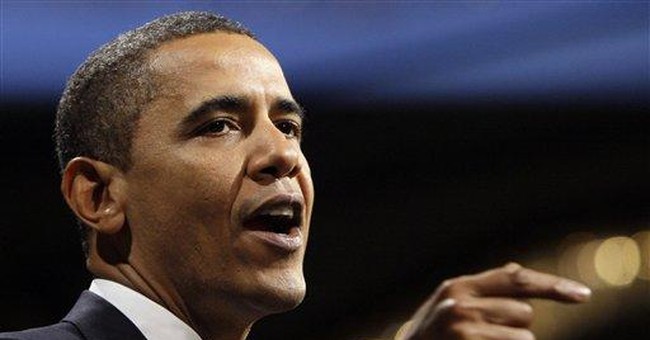 Frankly, I’m beginning to feel a lot like Howard Beale, the character portrayed by Peter Finch in the 1976 release, “Network.” He insisted that people get up right now and go to the window, open it, stick their heads out and yell, “I’m as mad as hell, and I’m not going to take it anymore!”

I’ve always heard that misery loves company. If true, misery in America has more company these days than it knows what do with.

I realize that conservatives have felt this way ever since the Democrats nominated the Chicago crony of Bill Ayers, Jeremiah Wright, Tony Rezko, Rod Blagojevich and the assorted felons at ACORN, to be our president, but why aren’t millions of honest, decent, hard-working Democrats up in arms? I can guarantee that if a Republican president had done half the things that Obama has pulled off in his first half year, most of us on the right would be calling for his head. At the very least, none of us would be kissing up to him.

Even before grabbing up car companies and banks, he got the ball rolling with a trillion dollar 1100-page pork-filled stimulus package that had to be passed, he insisted, within a few short hours or America was going to be turned into a pumpkin. Well, without anyone having had time to read anything but the price tag, it was passed into law. In the months since its passage, the unemployment rate has soared, entire states are going belly up and, apparently, nobody seems to know what happened to the money.

Then there’s the Waxman-Markey cap and trade bill, which started out in life at a thousand pages, and then had a 300-page amendment tacked on to it in the dead of night. It was as if Dr. Frankenstein, after carefully inspecting his nightmarish creation, decided that what the monster really needed was a second head and a hunchback. Again, nobody had time to read the bill, but that didn’t prevent 219 congressmen, including eight Republicans who scurried out from under a rock just long enough to make certain that Christmas would come early for the President.

As I recall, when he was a candidate, Obama assured us that taxes would remain the same for 95% of all Americans. The Heritage Foundation estimates that the cap and trade bill will wind up costing the average middle class taxpayer nearly $3,000 in additional energy costs, I guess a tax isn’t a tax if you don’t call it one. Of course Obama and Al Gore and their liberal lackeys don’t mention the jobs that people in the oil and coal industries will lose while we’re busily building windmills. Perhaps those folks who were formerly occupied supplying the wherewithal so that America could continue to be a major industrial nation can be hired to stand around and generate energy by blowing at the windmills.

Maybe what Obama meant when he claimed we’d be paying less in taxes was that we’d all be on the dole before the next election rolled around. During the campaign, when Obama vowed that, if elected, he would create or save four million jobs, I speculated that he meant that if at some point there were four million Americans who were still working, he could say he’d kept his campaign promise. I swear I meant it as a joke.

Inasmuch as Obama seems to be doing all he can to turn America into a left-wing third world nation, it stands to reason that he was far more perturbed by a dictator being booted out by freedom-loving Hondurans than by innocent blood spilled in the streets of Iran.

It’s amazing, if you stop and think about it, that George H.W. Bush lost his bid for re-election because he was goofy enough to say, “Read my lips…no new taxes,” but Obama does his level best to bankrupt America and destroy the middle class, and yet continues to ride high in the popularity polls. I guess a lot of us who find ourselves going down the financial drain don’t really mind so long as we can watch Prince Obama and his princess holding hands on their $250,000 date night in New York City.

It’s almost enough to make a person pity Bernard Madoff. That poor schmo got a 150-year prison sentence, and he only screwed Americans out of about 65 billion dollars.