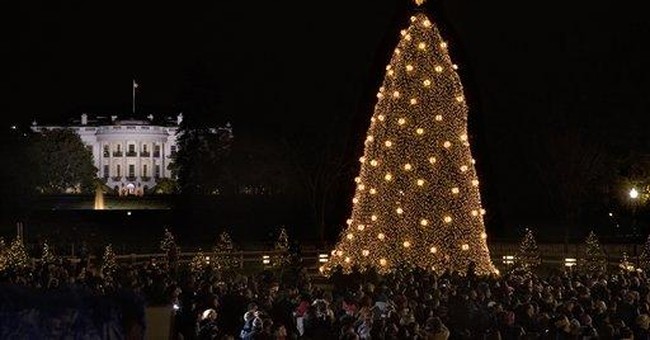 The other day, I read a letter to the editor in the L.A. Times written by an irate homosexual. Come to think of it, is there any other kind? In any case, he was quite upset over the fact that a great many people are blaming gays in general for the actions of what he regards as a few. It was his contention that in the wake of the vote in favor of Proposition 8, only a tiny percentage of gays were vandalizing churches and intimidating shopkeepers.

What he says is probably true. But it is equally true that only a relatively small number of homosexuals have bothered tying the knot in Connecticut, Massachusetts or even in California, where such marriages were permitted until the recent election.

I don’t have a problem with homosexuals boycotting businesses because they found out that the owners had contributed to the “Yes on 8” campaign. That is certainly their prerogative. But the few shouldn’t think for a moment that they’re winning the hearts and minds of straights when they behave like vicious louts. At the same time, the majority shouldn’t think they deserve our respect when they don’t condemn the behavior of the barbarians, but, rather, try to convince us we shouldn’t judge them all by the actions of a minority within the minority.

I’m reminded that it wasn’t all that long ago that America’s Muslims were telling us that they weren’t all terrorists. And if you recall, a lot of us, gays included, I’m willing to wager, were asking why they weren’t busy condemning the cold-blooded brutality of their co-religionists instead of telling us not to judge them all alike.

This being the holiday season, the word “tolerance” gets tossed around like a beach ball at an L.A. Dodgers game. By and large, it’s liberals who carry on as if they have the word copyrighted. Which would be funny if there weren’t serious repercussions. One of which is the misnamed Fairness Doctrine, which hangs by a slender thread, like the sword of Damocles, over the heads of conservative talk show hosts.

Liberals are so intolerant they often can’t even bear to have people say “Merry Christmas” in their presence. In fact, they can’t even bring themselves to recognize it as a celebration of a specific event. Instead, they dismiss it as the holiday season or the winter solstice. Isn’t it funny how nobody feels the compulsion to exchange gifts or attend church services or decorate their homes for the summer solstice? Well, in spite of Kwanzaa and Chanukah, this is Christmas season because most Americans are celebrating the birth of Jesus Christ. Even though I’m Jewish, even I have to acknowledge it’s a special occasion, and those who feel entitled to disparage it are worse than Scrooge. They are bigoted, intolerant, ignoramuses.

Where liberals are concerned, one thing you can always count on is that they regard themselves as morally and intellectually superior to those who disagree with them. And, yet, surely there must be liberals somewhere who possess enough common sense to realize how absurd it is when the city council of Berkeley, California, instead of dealing with potholes and street vendors, came up with a resolution condemning the Iraq War, or when a grand jury in Willacy County, Texas, recently decided to indict Dick Cheney and Alberto Gonzalez. Aren’t there any liberals who find such things even faintly amusing?

It does occur to me now and then that we are well on our way to becoming a banana republic, but with a lot more bananas than republic.

The other day, during an e-mail exchange with one of my readers, Don Melquist, he explained how a Judas goat would be used to lead a herd of sheep aboard a railroad boxcar. I said I understood the goat’s function, but I could never figure out how the animal could then make its way past all the sheep and out the door. Mr. Melquist, who had been raised on a farm, explained that goats are extremely agile and could easily get through a bunch of bleating sheep in order to receive their food reward. He finished up his report, stating, “Goats and sheep may seem rather similar, but there is a huge difference in their habits and intelligence.”

I wrote back, “Sounds a lot like liberals and conservatives.”