Sorry You Missed My Book Signing 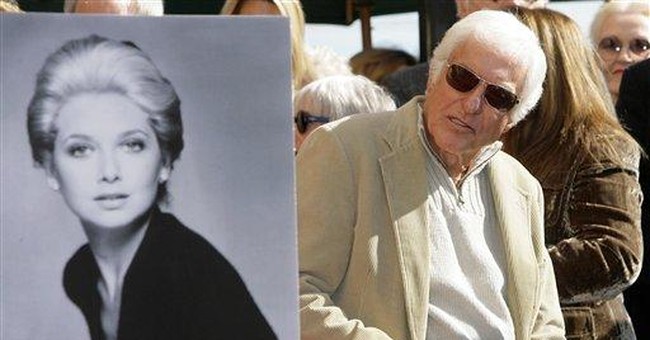 Recently, I hosted a book-signing here in Los Angeles. If you’ve never had the experience, my advice is that you not press your luck. For openers, there’s the matter of sending out invitations. You don’t want to send them out too early, running the risk that people will forget. On the other hand, you don’t want to wait too long, lest they make other plans.

Once the invitations are sent, you have to sit and wait for people to respond, and “wait” is the operative word. In L.A., people don’t like to commit too soon just in case something better pops up. Finally, because you need a rough estimate in order to know how much wine, cheese, cokes and cookies, to supply, you send out reminders.

Because this particular book store uses an outdoor courtyard for these events, you’re not only going crazy waiting for people to respond, you’re spending half your time on your knees praying it won’t rain on that special day.

About a week before the book-signing was scheduled to take place, I calculated that slightly over 100 people would be showing up, and I shopped accordingly.

The book in question, “The Secret of Their Success,” is a collection of interviews I began doing back around 1992. But even after I’d done more than 60, I’d been unable to find a publisher. Then, last October, a publisher found me. While searching for something or other on the internet, she’d come across an article I’d written in which I mentioned that in spite of having interviewed the likes of Gerald Ford, Billy Wilder, Jerry Herman, Steve Allen, George Carlin, Art Linkletter, Henry Mancini, Judith Krantz and Sid Caesar, and having probably been the last person to have interviewed Gene Kelly, Sammy Cahn, G. David Schine and Ginger Rogers, the book had been spurned by any number of publishers who hadn’t even wanted to look at it. She sent me an e-mail, asking if it was still available and, if so, she was interested.

At the event, someone asked me which of the 78 interviews had made the biggest impression on me, imagining, I assume, that I’d probably mention President Ford or perhaps Gene Kelly or Ginger Rogers, but I had to admit it was actress/singer Andrea Marcovicci. It wasn’t what she said, as interesting as that may have been, but, rather, the circumstances of our conversation.

In most cases, these chats took place in the homes of my subjects. Ms. Marcovicci, however, suggested meeting for tea at four in the afternoon at a restaurant she liked.

The place was nearly empty when I arrived. I took a seat where I could keep an eye on the entrance. After about 20 minutes, I began to worry, so I went up to the front desk to ask the manager if the lady had called and left a message for me. He said that she hadn’t, and then, looking past me, suggested that the lady seated near the rear of the place appeared to be her. I turned around and saw the back of a woman who was seated across the table from an elderly man who appeared to be having either an early dinner or a very late lunch.

Because Ms. Marcovicci had very long, very black hair in the movies, I didn’t believe this woman with rather short, auburn hair could possibly be her. Still, having nothing better to do, I sauntered past their table and made a casual u-turn. But even when I saw her face, I wasn’t certain. After all, why would she be sitting with this old fellow with her back to the door?

In any case, I paused at their table and said, “Pardon me, but are you Andrea Marcovicci?”

She then turned to the old guy, who was just finishing up his meatloaf. “Well, who are you?”

Without even looking up from his plate, he said, “I’m Burt.”

Even though it’s now been about 14 years, it still strikes me as one of the more surrealistic moments in my life. Clearly, the old boy had been sitting by himself when the lady had come over and asked him if he was Burt. He acknowledged that he was, and she sat down, and quite obviously he didn’t ask her why. She then politely sat and waited at least 25 minutes for him to finish his meal, during which time neither of them exchanged a single word.

Even when Ms. Marcovicci and I took our leave, he didn’t say, “Oh, that explains the mystery” or “How about that?” He didn’t say or do anything to suggest that beautiful young actresses weren’t constantly plopping down at his table to watch him polish off the early bird special. As weird as that seems, it would at least explain why he hadn’t bothered bringing along a book or a newspaper for company.

In case you’re wondering, the weather on the day of the book signing was everything I’d prayed for. The only problem was that 40 people who said they’d be there weren’t!

So, if any of you are hosting a party in the near future, you might want me to cater it. Have cheese balls, will travel.