Burgess Owens
|
Posted: Feb 22, 2022 12:01 AM
Share   Tweet
The opinions expressed by columnists are their own and do not necessarily represent the views of Townhall.com. 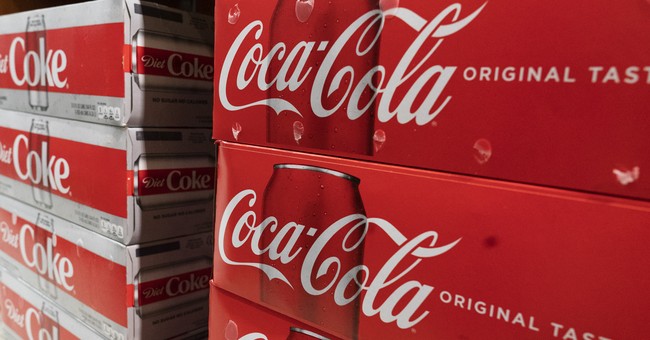 In 1776, America's Founding Fathers signed a world-changing document recognizing that all men are created equal. Yet, millions of Black Americans were not afforded freedom.

Despite passionate opposition against slavery and the gradual outlawing of this evil, the Deep South's world-supplying cotton industry and Eli Whitney's invention of the cotton gin ushered a systematic dependency on slave labor.

The extreme wealth derived from this one sector of the American economy justified personal greed over humanity and the intrinsic dignity of every individual. It was this course that decoupled our nation from its Constitutional mooring. Returning to our mission statement would take a painful correction at the expense of over 600,000 American lives and the destruction of the southern economy that would take generations to rebuild.

Our nation is yet again seeing the consequences of unfettered greed through American corporations aligning themselves with Communist China. They jockey for access, calculate stock values, and place personal wealth and power over our country's core foundation of freedom and equality. The 1800 empathy-free plantation owners have been replaced by 2022 woke corporatists who collaborate behind closed boardroom doors in the name of profit.

The 1794 Cotton Gin is our generation's Communist China, and today's corporations represent American Greed 101. The disconnect between these corporatists and our American values is on full display in their sprint to sponsor the 2022 Winter Olympics Games in Beijing, China.

The presence of inhumanity in China is undeniable. Uyghur, Christians, and other minority groups are punished and tortured for worshiping their faith. Millions are placed in slave labor concentration camps as child labor, organ harvesting, rape, forced abortion, and sterilization of women proceed unabated.

Yet, Atlanta-based social justice warrior CoCa-Cola opted to pay China to advertise their products and run their Olympics advertisements exclusively to a Chinese audience and exclusively in the Chinese language. Where was Coca-Cola's duty when faced with the reality of slavery, rape, torture, and death of minorities at the hands of Communist China? It appears that when granted the option of wealth, modern-day slavery is not a red line.

In 2020, several American companies, like Nike and Coca-Cola, pressured Congress to water down The Uyghur Forced Labor Prevention Act, bipartisan legislation banning products manufactured through forced labor in China’s Xinjiang region from being imported to the U.S.

The true heart of the American Corporatist can also be seen in the words of Billionaire Chamath Palihapitiya, a minority owner of the Golden State Warriors. He expressed what he called “a very hard, ugly truth” about China’s treatment of its Uyghur minority-Muslim population in the Xinjiang autonomous region. “Nobody cares about what’s happening to the Uyghurs," he said.

As we emerge and recalculate after two years of retrospect, we have an opportunity to evaluate institutions once trusted, revered, and respected. Should that trust continue? The enticement of Communist China has proven too powerful for America's corporate class.

As they use their CCP Olympic sponsor platform to promote their products, they promote divisiveness in their own country, cover for the human rights abuses of millions, and give legitimacy to the CCP.

In the United States of America, we stand for freedom. Our domestic companies should too, or we should not stand with them.