Bryan Crabtree
|
Posted: Jul 19, 2017 12:01 AM
Share   Tweet
The opinions expressed by columnists are their own and do not necessarily represent the views of Townhall.com. 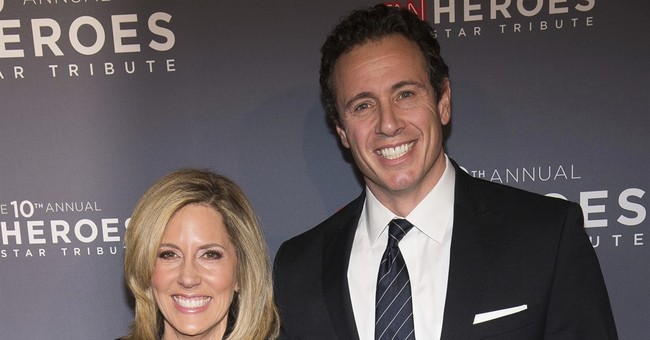 The most popular phrase of 2017 will likely be ‘fake news.’

It's been used so much that it runs the risk of becoming a ‘badge of honor’ for Trump-haters. But, what is ‘fake news?’

If a news report is fake, that doesn’t mean it’s devoid of facts. Media outlets like CNN believe an accusation of ‘fake news’ means they are being accused of telling a completely false story.

I’ve often said that the worst form of a lie is a ‘half-truth.’ Real news, combined with unproven assumptions is the most hideous version of ‘fake news.’ By contrast, a story devoid of facts is much easier to debunk.

‘Fake news’ is a story that leads the viewer to a hysterical, unrealistic or inflated conclusion. Usually, it’s the opinion made by the reporter (or analyst) of what they think happened combined with the truthful report of what we know happened that results in a distorted impression of reality.

The guiltiest party peddling ‘fake news’ is CNN, formerly known as the most trusted name in news.

In 2016, CNN ‘New Day’ anchor Chris Cuomo suggested that if anyone downloaded John Podesta’s emails from Wikileaks - other than the media - it was a crime. That was simply not true and an incredible display of elitism and arrogance. It shows a complete disrespect for the intelligence of his audience.

Gloria Borger, a CNN commentator, suggested that former FBI Director James Comey would testify (to the Senate) that he believed Trump obstructed justice. She had to retract that statement in utter embarrassment.

Most recently, three CNN reporters were forced to resign after publishing a completely false story about Anthony Scaramucci (a Trump supporter) and his supposed $10 billion Russian investment fraud.

In January 2017, CNN reported on the now infamous Trump Dossier alleging that Russia had blackmail material regarding President Trump. Even NBC reported that story was false.

When challenged on these and other fake news stories, CNN replies that “we retracted them.” What they fail to tell you (another bout of ‘fake news’) is that the stories they corrected may have run dozens of times and the retraction likely aired only once - meaning most viewers are still left with the impression that the ‘fake news’ story (as first reported) was real.

CNN's ratings have taken a nosedive in the last couple of months indicating that their viewers are exhausted. In fact, CNN isn't even in the top ten in cable programming falling behind number eleven “Nick-at-Nite.”

In June 2017, during a panel discussion with CNN's political director David Chalian, he said “who ever said [Trump] was under investigation for colluding with Russia?” He explained that CNN had only talked about the campaign, not Trump himself. Apparently, he hasn't been watching his own network. In this instance, Chalian is creating ‘fake news’ about ‘fake news.’

Are these people even paying attention to what they are saying? Likely not!

It’s such a level of insanity, I believe a single protester can appear with an anti- Trump sign on Times Square and CNN would rush to the scene to discredit and demean our president.

I wonder if they've noticed the real news happening outside of their own Atlanta headquarters as protests have assembled in the past few weeks and another one is scheduled for this Saturday at noon in downtown Atlanta? This weekend’s event is being promoted by mediaequalizer.com, the same group that defended Sean Hannity’s recent ambush on Fox News.

Is CNN prepared to cover one of the biggest stories of 2017? That story will be the one of their own demise because of lacking journalistic ethics and integrity.

The entire ‘fakestream media’ is missing the reality that the American people no longer depend them to tell them how to think.

The American people have been empowered by digital and social media to fact-check what outlets like CNN say.

Still, our citizens are desperate for a journalism department in an American newsroom that will tell the truth and (at least) distinguish between news and the opinion.

It’s still ‘fake news’ even if most of the story is true, yet the viewer was coerced into believing more than what is actually proven.

The CNN I grew up watching, “the most trusted name in news,” has now become the laughing stock of the ‘fakestream media.’

I’m joining the protest, demanding the truth be reported and that the distortion stops.