How Marijuana Could Be Trump’s Political-Vice.

Bryan Crabtree
|
Posted: Dec 17, 2016 12:01 AM
Share   Tweet
The opinions expressed by columnists are their own and do not necessarily represent the views of Townhall.com. 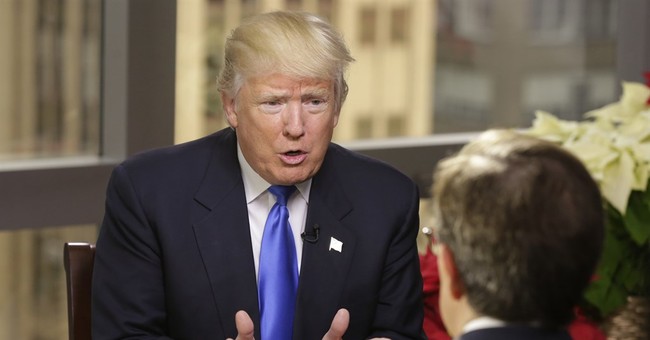 Twenty-six states, including the District of Columbia, have legalized marijuana in some form. Seven states have laws that legalize marijuana for recreational use. This includes California, Massachusetts and Nevada who passed referenda in the 2016 election cycle.

Last week, 20 marijuana activist snuck through security in the capital with enough marijuana to roll a joint in Sen. Jeff sessions office (pres-elect Donald Trump’s attorney general nominee).  Once inside Senator Sessions’ office, they rolled a joint for the staff. It was offered as a gesture to convince Sen. sessions to abandon his long-standing and harsh stance against marijuana.

As Donald Trump’s nominee for Atty. Gen., many are concerned that Sessions will begin to use federal statutes to prosecute marijuana users and businesses, even in states where marijuana is legal. As recently as April 2016, sessions was quoted saying “good people don’t smoke weed.”

This is a very disturbing comment. I have nothing against Sen. Sessions. Additionally, I have vowed to withhold as much criticism as possible until each of Trump’s cabinet-selections have been given six months to prove themselves.

However, in the event that an ‘Atty. Gen. Sessions’ decides to begin a crackdown on the seven states with legalized recreational marijuana (or the twenty-six states with some form of marijuana legalization) it would create a disastrous distraction from the important economic and security policies that demand our focus. It would further destroy much of Trump’s political capital.

There is likely to be no progress for pro-marijuana activists during the Trump years.  Given that there are several states that have just legalized marijuana, that may be okay. It will give our country a few years to study the unintended consequences of recreational-legalization before it becomes mainstream.

In theory, I have long been an advocate of medicinal and recreational legalization of marijuana. It creates tax revenues from a product that is already being purchased on the ‘black-market.’ This market could be as high as $40 billion and the lower estimates put it at $10 billion. The legal, marijuana-market is already poised to eclipse $6 billion this coming year. On both fronts, this is a massive industry.

Most of the ‘shadow-industry’ is fed by drug cartels in Mexico and Central America. As such, we are funding the primary source of the destabilization in Mexico and Central America that is driving our illegal immigration problem. These illegal immigrants are attempting to escape the oppression created by the government corruption caused by the drug-gangs.

By legalizing and regulating marijuana, it will be quite devastating to these gangs. While it will not eliminate them (because of cocaine, heroin, etc) it will greatly harm them.

In our cities, many desperate people facing poverty turn to drugs as a way to earn a living.  I’m reminded of a tragic story in Atlanta (where I live) just recently.  A young male driving a BMW met with a drug dealer to purchase an ounce of marijuana. He was found dead a few days later in Piedmont Park after his BMW had been stolen.   While each person involved (including the owner of the BMW) was committing a crime, no one deserved to die.

In Colorado, this murder would’ve never happened, because the BMW driver would have brought his weed from a legitimate and legal business (and not a criminal).

Many of the murders in American cities is the result of drug deals gone bad resulting from the infighting of drug dealers and gangs.

Moreover, there is mass incarceration resulting from possession of substances like marijuana. I’m not discounting the fact that these individuals broke the law but now they are labeled by the government as felons. There are hundreds-of-thousands of people with marijuana convictions who are labeled the same as someone who committed armed-robbery at a bank: felon.

We have much bigger issues to address that eclipse prosecuting people for simple possession of marijuana.  In many cases, the poverty that we face is made far worse as a result of the laws from the so-called ‘war on drugs.’ This ridiculousness needs to end.

The US government and the states need to stop regulating substances and the behavior of its citizens where no one else is harmed in the process. We need to stop rescuing people from their own vices and failures.  People need to be forced to address their own personal responsibility, and the government needs to stop treating adults as it though it is their parent.

Marijuana is no more harmful than alcohol.  Both can serve as a gateway drug for other abuses. These are very isolated circumstances in the context of the whole.

If Sessions decides to make this a banner issue of his Department of Justice, it will make marijuana the Trump-administration’s vice.

Trump was elected to get the federal government out of our lives, not to empower it.

Conservatives who preach about reducing federal-overreach and promoting states-rights need to stop projecting their morality on the rest of the country.

The best approach to changing hearts and minds is to lead by example - not by force.