When It Comes to Confronting the Iranian Regime, South Africa Provides Precedent

Bruce McColm
|
Posted: Jan 16, 2022 12:01 AM
Share   Tweet
The opinions expressed by columnists are their own and do not necessarily represent the views of Townhall.com. 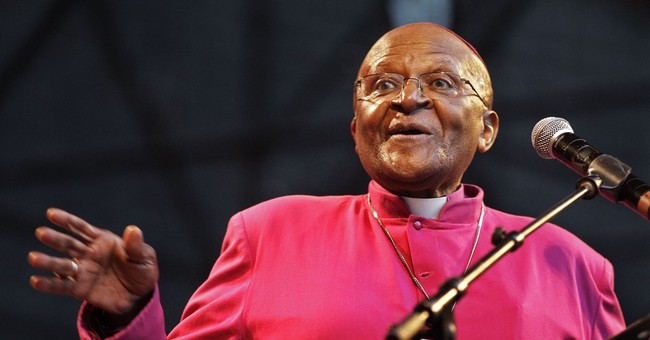 When South African President Cyril Ramaphosa delivered a eulogy for the late Archbishop Desmond Tutu, he described the spiritual leader and activist as "a crusader in the struggle for freedom, for justice, for equality and peace, not just in South Africa, the country of his birth, but around the world as well."

Over the years, Bishop Tutu's tireless efforts brought him in contact with countless other crusaders for the exact overarching cause. That friendship began when Bishop Tutu condemned the Iranian regime's crackdown on the mass anti-regime protests of 2009. The following year he sent a message of support to the NCRI's Free Iran Summit, an event attended annually by tens of thousands of Iranians and hundreds of their prominent international supporters. The annual event advocates for a decisive policy toward the regime for its egregious human rights violations and other malign activities. In 2011, Tutu deepened his connection to the Resistance movement by issuing a statement that called attention to a brutal but underreported attack on the NCRI's main constituent group, the Mujahedin-e Khalq (MEK), at its self-built community of Camp Ashraf in Iraq.

Tutu's support of the organization highlighted an important similarity between the MEK and the African National Congress, which played a crucial role in liberating South Africa from apartheid. Both organizations were marginalized when Western governments intended to preserve normal relationships with the respective regime, despite escalating global outcry over their human rights abuses.

The archbishop did not mince words when commenting on the underlying policies of some Western governments, especially during their early refusal to support economic sanctions and other measures intended to isolate the South African regime. These policies refused to empower that country's black population to throw off the system designed to keep them oppressed as second-class citizens.

I remember vividly the harsh words Bishop Tutu had for US and British governments when in the 1980s they opposed sanctions on the apartheid regime as they resorted to all sorts of groundless excuses.

What is more, Tutu never let any nation or individual off the hook for attempting to stand on the sidelines in that fight. "Those who turn a blind eye to injustice actually perpetuate injustice," he said. "If you are neutral in a situation of injustice, you have chosen the side of the oppressor."

And when it came to the right policy on South Africa, he was as straightforward as one can be. "In South Africa, we could not have achieved our democracy without the help of people around the world, who, through the use of nonviolent means, such as boycotts and divestment, encouraged their governments and other corporate actors to reverse decades-long support for the apartheid regime," he explained.

It is time that such policy also is applied to coordinate international pressure on the brutal regime ruling Iran. Western lawmakers have been advocating for the viability of the solutions Desmond Tutu favored in situations very similar to where they have already proven effective.

Tutu credited efforts to "isolate South Africa, economically, academically, culturally and psychologically" to facilitate real change by the people inside that country. We have already seen similar outcomes from pressure on Iran's mullahs. However, the two situations are vastly different because the express purpose of sanctions on South Africa was to bring a definitive end to a repressive system that was inimical to human rights. In the case of Iran, for years, Western powers have failed to adopt a comprehensive policy vis-à-vis the regime either because of commercial greed or political miscalculations, in effect acting against the interests of the Iranian people.

Western governments' tendency to fixate on constraining the Iranian regime's nuclear program while generally turning a blind eye to the regime's violations of human rights and the inherently repressive nature of the theocratic system is totally unacceptable and morally reprehensible.

Archbishop Tutu's words calling on world leaders to stop appeasing the repressors of his people are still resonating. It is time for the western leaders to dust off the correct policies against the apartheid regime in South Africa. Similarly, injustices committed by the Iranian regime should not be ignored lest evil will be perpetuated globally through appeasement. It is time to sanction and isolate the Iranian regime with the express pronouncement of moral support for the Iranian people as they march toward overthrowing an evil theocracy.