Why Am I Sad, When I Should Be Happy?

Bruce Bialosky
|
Posted: Dec 23, 2018 12:01 AM
Share   Tweet
The opinions expressed by columnists are their own and do not necessarily represent the views of Townhall.com. 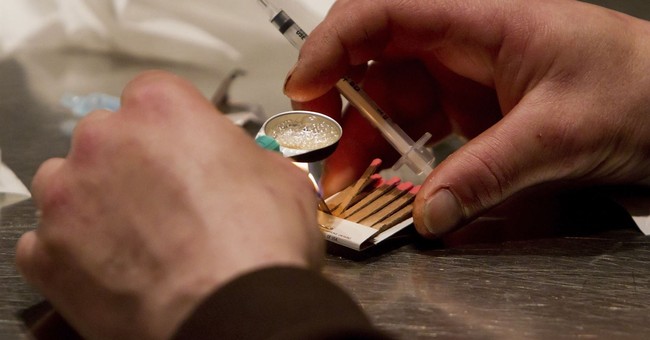 I am not saying I sit and mope or am on the verge of taking anti-depressants.  There is a part of my brain that has an unsettled feeling and it has nothing to do with the disruption coming out of Washington, D.C.

This is a joyous time of year.  Even though I am Jewish, we live in a Christian country that has given Jews one of the two best places for Jews to live (the other is Israel).   Those of you who are regular readers know I have immersed myself in the Christmas season and in the past you read my Jewish Joy of Christmas columns.  I have gone through my extensive and ever-growing Christmas CD collection which gives me great pleasure, but still there is a sadness.

We live in the greatest country in the world’s history.   Consumer confidence is at near record highs.  That means people think their financial lives are really exemplary.  And why should they not -- unemployment remains at record lows, that means people who want a job can get a job.  And people who want to change jobs or move up have opportunities.   There are more jobs than people to fill them.  And we who live in reality know that a job, a place to go to earn a living, raises one’s self-esteem to very high levels.  It is not just the money.  Yet there is still a lingering sadness.

The sadness is because in 2017, 70,237 people died of drug overdoses in our country, according to the Centers for Disease Control and Prevention.  Per the American Foundation for Suicide Prevention, 47,173 people committed suicide in 2017.  These are the latest available figures, but 2018 does not look any better.  After all, the 2017 stats were on a continuing upward trend for both forms of death.  Because of these statistics our country has a declining average life expectancy despite miraculous medical advancements continuing to be developed and implemented by our medical community.

In a country that has the best economy and a nearly-free society, anyone who is a concerned citizen must be uneasy. I have to believe that the U.S. had less of this during the Great Depression.  We can speculate why we have arrived at this point and you may have your own ideas as to why this is.

I think there are a couple of reasons of major impact.   As a person who values religion and God, I believe a significant decline in participation in organized religion has a major impact.  Some who no longer adhere to religion will discount that, but people need a central core of their values.  Our government has been eroding that concept, pressed by those who want to strip our society of any recognition of religion.  As has been said, “When man ceases to worship God he does not worship nothing, but worships everything.”

When people are part of a religion, they are part of a community.  They have a support group.  It is not just God or the religious leader, it is everything that comes with it.  You must be devoid of a lot to commit suicide or commit yourself to dangerous drugs such that you are willing to risk your life to fill whatever hole is in your existence.

Another matter that deeply saddens me is that there are so many Americans that believe there is some redemption to Socialism/Communism.  They have to have been educated in a perverted way to believe that a system where more control of your life being handed over to a faceless bureaucrat in a faraway place will enhance your life and that of your family and community.   It shows a distinct lack of initiative and self-reliance on the part of these people.  They listen to some politician that tells them that things will be better if we (government) do it for you.  This statement -- other than being a gross lie -- defies all matters of history.

A recent story I was told was a perfect example of how things have gotten turned around in this country.  A young man I know was trying to stop an ill-planned homeless shelter from being built in his neighborhood.  He brought up to the councilman that they had no programs planned for once the building was completed to help the people escape their homelessness.   The Councilman told him “We will do that at a later time.”  Then his staff person said “You have to have trust in your elected officials.”  The thought immediately occurred to me: “What country did these people grow up in?”

Despite the sadness thrust upon me by these realities, I was reminded of the goodness that we can all achieve by one of the greatest people I have ever had a chance to spend time with – Senator Alan Simpson.  In his eulogy of his longtime friend, President Bush 41, he told us “He never lost his sense of humor. Humor is the universal solvent against the abrasive elements of life. That's what humor is. He never hated anyone. He knew what his mother and my mother always knew: hatred corrodes the container it's carried in.”

It is near impossible to find a more insightful statement by which to live your life.  Maybe if more of us would heed his words, this holiday season will bring us a 2019 where my sadness (and others’) will disappear because our concerns have lessened, and we are back on the right track and the despair that takes our fellow Americans to these extreme actions will be alleviated.

Merry Christmas to all my Christian friends and may God bless you all with health, happiness and the wisdom to do the right thing.