Why Is Trump Lying About His Taxes?

Bruce Bialosky
|
Posted: Mar 06, 2016 12:01 AM
Share   Tweet
The opinions expressed by columnists are their own and do not necessarily represent the views of Townhall.com. 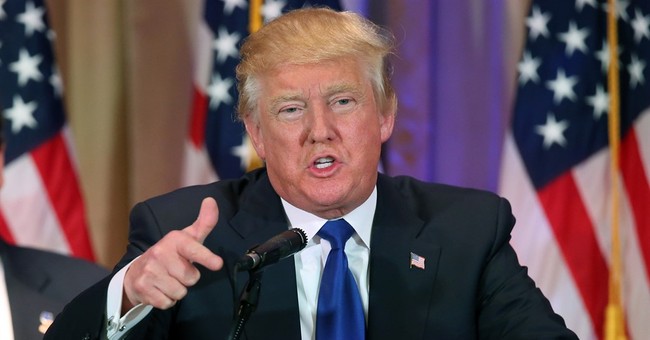 Donald Trump is a master manipulator and envisions himself as a magician on the level of Ricky Jay with his sleight-of-hand tricks. Unfortunately for him, his trickery has run out with his claims about his tax returns. The question is: Why is he not releasing his tax returns now and why is he lying about it?

This is a subject about which I have significant expertise. I have represented people in front of the IRS and other tax agencies for 36 years. Other CPAs send their ugly audits to me. Some do it unknowingly as they fail in resolving matters and their clients end up in my office. One CPA told me “If my mother were being audited I would send her to you.” The difference for me is I relish battling the IRS while others shy away from it.

Trump is a master of creating images. He sent out a stunning picture of himself supposedly signing his tax return with stacks of papers next to him which were supposedly his return. Even a short look at the stacks of paper reveal that they are simply reams of paper from Staples, unwrapped and stacked on top of each other. First, no one (except maybe General Motors) has a tax return that big. The IRS keeps adding new forms, but his symbolism was obviously overkill. In addition, no one would ever print out a tax return like that today. All my clients (except ones in their 80s) receive their returns electronically and I encourage them to not even print the return -- just keep the electronic file. They sign a form authorizing electronic filing of their federal return and then separate forms for each state in which they are filing. I am confident that is all Trump ever sees of his returns. If he is lying about this, you then must wonder what else he is lying about.

He stated he was currently under audit for the last 4-5 years. Since the IRS has barely started looking at 2014 returns, that would mean they are looking at his 2013, 2012, 2011, 2010 and possibly 2009 returns. Here is the problem with that: The statute of limitations on 2009 ran out October 15, 2014. The statute on 2010 ran out October 15, 2015. Trump could have waived those statutes, but why would he? Why would the people representing him ever waive the statute and let the IRS be looking at multiple future years? I would insist they close the prior years before opening another year. What would the justification be for opening 2013 for audit if 2009 or 2010 were still unresolved? In fact, that goes for 2011 and 2012 also.

There is no way all these years are open unless he has grossly incompetent CPAs.

That feeds into his point that he has been audited for the last 12 years. When I was a young man in the business, I was told the IRS had staff offices at GM. First, Trump is not GM. Second, if that legend was true, I doubt it still is being done that way because the IRS has fewer resources today.

Which feeds into the narrative of questioning one of the hallmarks of Trumpism. He always hires the BEST people and builds the BEST (fill in the blank). If he has been audited for the last 12 years and is continuing to be audited then he must be hiring idiots. It would truly be a harassment and any CPA with half a brain would stump that out. Either that or his preparers are making gross errors on his returns year after year encouraging the IRS to come back to get more revenues. They are not interested in continuing to send out auditors to find nothing. The only conclusion is either he is lying about these continued audits or he has idiots for CPAs. I don’t believe his CPAs could possibly be this lame so it has to be he is lying.

If Trump cannot hire competent CPAs to get him out of perpetual tax audits, then how can we trust him to appoint a Secretary of Defense or a Supreme Court Justice?

Then why doesn’t Trump want his returns released? Mitt Romney asserted some thoughts about him not being as successful as he claims or not making the charitable contributions to veteran groups that he claims. Trump argues a tax return does not tell you how wealthy anyone might be. But it certainly can tell you a lot.

1. It can tell you where he asserts he is a resident of – New York or Florida. They have a huge difference in tax rates, though Trump would still have to file in New York because of his investments there.

2. It can tell you his charitable contributions and who he gave money to -- good or bad.

4. It can tell you whether he is paying any taxes. If Trump were my client, I would do everything to minimize his tax bill and Trump says he is proud to pay as little as possible. Judge Learned Hand stated “Any one may so arrange his affairs that his taxes shall be as low as possible.” Just think what people will think if Trump is paying very little or no taxes. Even his most loyal followers might be upset the billionaire Trump is paying less in taxes than they are when they file this year.

Politics states that when a controversy happens you should not let it linger. This is not going away. If the Republicans make Trump the nominee this will start a drumbeat by the Democrats until he does release them and then they will beat on it every day afterward. The earlier he gets out ahead of this the better.

If he thinks he can get this to go away, let me introduce him to Senator Harry Reid (D-NV). He is the man who went on the Senate floor and lied about Mitt Romney, and then after the election when asked about the lie told a reporter “He didn’t win did he?”

Instead, Trump does what Trump does -- blames the IRS for auditing him for being a Christian and states he cannot release his returns. There is no reason -- let me repeat that -- there is no reason he cannot release his returns, and that includes the ones supposedly under audit. If the returns are clean, I would release them and use it as a cudgel to beat up the IRS for harassment. If he is really being audited for four or five years, what American would not have sympathy for him? Even most Trump haters would side with him against the IRS.

Which leads me to only one conclusion and you must draw the same conclusion – Trump is lying to hide something.