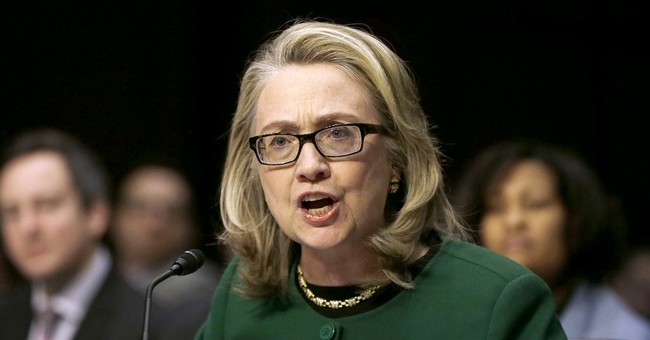 By now you must be pretty sick of reading and hearing about Hillary Clinton. Personally, I am ready for No Mas. But after I wrote my first column about Benghazi many readers wrote and asked me to promise I would not let the subject die. Since nothing has happened that has warranted dropping the subject I felt obligated to march on to find the facts. Hillary has now released her book, Hard Choices, with a 34 page chapter dedicated to the subject. I spent my hard earned money to find out if the Secretary of State answered any questions.

This is not the first time I have bought a Democratic Presidential candidate’s book (yes, she is running unless she continues to embarrass herself). My first adventure was reading Al Gore’s (ok, Vice-President) Earth in the Balance while walking around the Republican National Convention in 1992. Some thought that to be odd. But when Gore ran for President in 2000 the book was a blueprint of how to defeat the man in the election.

Reading the 34 page chapter you learn that Mrs. Clinton really cared about the people in her department and especially the ones that were killed that night. But more importantly does she answer questions about what happened before, during and after the attacks on the American Consulate in Benghazi.

On the fifth page of the chapter Clinton starts to describe the video that inflamed people “across the Middle East and North Africa.” She leans on this issue on numerous occasions throughout the chapter never divorcing her from making this a centerpiece of the uprising and attacks. She offers a defense of Susan Rice’s now famous news show statements the Sunday following the incidents and states the comments were “approved by the CIA.” But that has been disavowed by former Deputy Director of the CIA Michael Morell.

What is more important is the timeline of how an Ambassador was in a barely defendable consulate. Clinton does state she had been getting daily briefings about security matters. There is no description of any enhanced security plans that were communicated to embassies regarding the anniversary of 9/11. In fact, Clinton states the tumult regarding the video started on September 8th. If anyone was not worried with 9/11 coming up they certainly should have been after that. But Clinton then hangs the decision on Ambassador Chris Stevens to go to Benghazi. On page 389 she states “U.S. Ambassadors are not required to consult or seek approval from Washington when traveling within their countries, and rarely do. She goes on to describe his knowledge of the lawless situation in Benghazi, but he went there anyway. In addition, she delineates Steven’s requests for security upgrades which she was not alerted about.

To recap, there is no elaboration of special warnings regarding 9/11, no heightened concerns regarding tumult beginning on Sept. 8th, no one correlated the inadequate security that existed in Benghazi with this special situation and once the protests started next door in Egypt no one called the people in Benghazi and told them to get on a plane and get out of there back to Tripoli which was safer. Otherwise, there was near absolute chaos in supervision of the situation. This is not the “Fog of War.”

Clinton brings into the discussion the panel appointed to review what happened in Benghazi (Accountability Review Board –ARB) and she stated she implemented all of their proposals (24) prior to her departure from the State Department. The ARB questioned the funding level for the State Dept. which Clinton repeated on Page 409. She then enhanced that by saying “I spent four years making the case to Congress that adequately funding our diplomats and development experts was a national security priority.” Thus she laid at the feet of Congress the cause of insufficient security because of denied additional funding. There are two aspects here: 1) the State Department receives $48 billion already and 2) What government department does not want more money and a bigger share of the pie. But that does not explain why diplomats went to an insufficiently secured location during an already tumultuous time on the anniversary of the worst attack on American soil in our history. Congress was not at fault here.

On the second to last page (414) of the chapter Clinton addresses her presentation to Congress in January 2013 where she made her now famous statement “What difference at this point does it make?” She provides the total statement she made and stated the line above was taken out of context. She then attacks her opponents for politicizing the issue during the 2012 election. This brings up two points: 1) Is it not possible the people who were questioning this at the time did it because of policy and Clinton attacking them is actually the politicization of the issue and 2) She still apparently does not know what difference it makes. Though she mentions in the chapter some of the efforts made after 9/11 she never answered specifically or generally what efforts she made to secure other embassies and personnel in light of the protests in Egypt and attacks in Libya. Were the embassies in Tunisia, Morocco and other countries directed to be locked down? What specific instructions did Clinton as leader of the State Department do to secure her personnel throughout the world? We still don’t know and that is what difference it would have made.

Though others may present additional unanswered questions reading Mrs. Clinton dissertation I still am left without answers to the same basic questions. What were the intelligence reports telling the President and Clinton a week before the attacks? What specific instructions were given to State Department personnel worldwide in anticipation of 9-11-2012 to heightened security? Once Egypt erupted what instructions were given to personnel in neighboring countries? Once the attacks on Benghazi started what was done to secure embassy personnel in high-risk areas?

Clinton answers none of these questions and adds very little to the discussion. Without these answers we only have her statements that local personnel make their own decisions on where to be in their respective country and Congress did not fund the State Department sufficiently. Otherwise, I take responsibility, but not really.