Are Veterans Being Taken Care of? 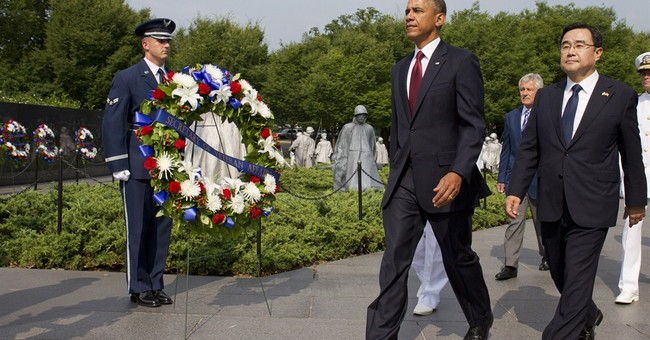 You see news stories sometimes that upset you, but you are not sure of the facts. Fox News Special Report had a quick report about Veterans having massive amounts of paperwork to complete in order to get their services. It sounded as if they were being buried with paper to get their medical services. With all the challenges of the federal government, the last thing we can tolerate would be for those brave souls who have risked their lives to protect our freedoms to be abused by bureaucrats and their red tape. We had to delve into this further.

We turned to two experienced people to clarify the status of our veterans. Scott Hogenson, the first we spoke to, was the former Deputy Asst. Secretary of Veteran Affairs. We also spoke to Tom Bowman who was the Chief of Staff for the VA from 2005 to 2008. That means he was the person making sure everything got done while the hardworking Secretary was going to all those meeting and soirees.

Both gentlemen assured us that anyone coming off a battlefield gets taken care of with no questions ask. Hogenson spoke confidently of the medical service provided wounded Vets. Though you may have read some stories about particular problems, Bowman insisted the health care the VA provides is exceptional. When asked what Fox was referring to, Hogenson suggested that a report made by the American Action Forum (AAF) may have been the source of the claims of paperwork nightmares for veterans.

We then spoke to Sam Batkins who wrote the piece, which can be viewed at the AAF website. Batkins told us they pulled the data in the report from GAO information. The report cites there are 18 agencies within the VA, and they have 613 different forms for veterans to fill out which take 43.4 million paperwork hours at a cost of $614 million a year. Batkins said AAF had done similar reports for other departments with the purpose of highlighting the paperwork maze created by the federal government. Hogenson said there may be 613 forms for the various facets of the VA, but that has little to do with the medical benefits. Bowman stated they had tried to cut down the amount of forms and the paperwork maze, but stated he was not satisfied with the progress.

Bowman spoke of the fact the VA had tried to implement a new disability claims computer system (Veteran’s Benefits Management System) which still has not gotten to the point where Bowman believes it is properly serving the Vets. He spoke of ongoing challenges of implementation and utilization in different VA benefit offices throughout the country. Interesting the federal government constantly is coming down on the big banks. But if you open an account at Chase or Bank of America in San Diego you can access the account information in Peoria the next day. That the government can’t properly update their computers continues to fascinate.

The real issue that all are focused on (including the AAF) is the backlog of disability claims at the VA. There had been a backlog of up to 900,000 claims that have been made for Vets that have not been finalized. These claims typically determine a partial disability that grants the vet a monthly payout. The current backlog is 773,000 unprocessed claims of which 523,000 are over 125 days old. The over 125 day amount is down due to overtime granted to VA employees to administer the claims. President Obama announced in a recent speech that the VA, American Bar Association and Legal Services Corp. agreed on a program that would help unrepresented Vets with their unresolved claims.

Bowman explained the complexity of the problem, which will not be resolved by throwing attorneys at it. Many of the claims assert multiple disabilities. The problem is that the VA has to determine which of those claims are from the Vet’s time in uniform and which may have happened outside of service years. That means each claim has to have a proper review by trained medical personnel. Bowman stated he believes “Wherever the VA can rule in favor of the Veteran it does, though some believe that not to be true.” Bowman has also advocated substantially increasing the use of private contract providers to expedite the process, but the VA has been slow to do that at this point. So if the VA properly reviews each application, they are skewered by Vet supporters for delays; and, if they don’t, they would be excoriated for handing out government money in fraudulent claims. Damned if you do and damned if you don’t.

The challenges that face the people administering to the needs of our Vets remain immense. It is clear they need some private industry aid, but from what we see it appears to be going in the right direction. We are sure many will disagree, but most importantly we must be vigilant. Nothing our federal government does matters more. Tomorrow as you celebrate Labor Day remember those who labored the most to allow us to enjoy these holidays.