Keep Your Hands off My Cell Phone 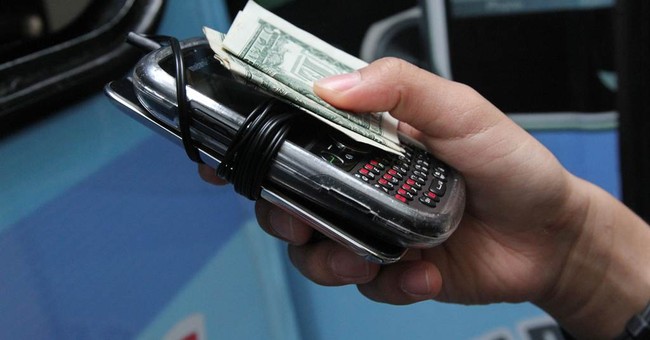 Scary. Unacceptable. This is not America. Those are some of the comments that I have heard about the revelations regarding government snooping on our cell phones. The statement that one man made that something is wrong with you if you don’t think something is askew here -- that would be about right.

If you are not upset about this situation then you are clueless. There is a dangerous extension of government that no true American could possibly endorse or accept. Our government has no right to randomly rummage through our cell phone or email records. If you think that the government has that right then 1) you missed your American government class when they went over the Fourth Amendment to the U.S. Constitution. Here is a reminder of what it says: “The right of the people to be secure in their persons, houses, papers, and effects, against unreasonable searches and seizures, shall not be violated, and no Warrants shall issue, but upon probable cause, supported by Oath or affirmation, and particularly describing the place to be searched, and the persons or things to be seized.” Do you see where it says shall not be violated? That is not may or might – it is shall not be violated. 2) You deserve to live under a totalitarian government. Please just don’t drag us down with your paranoia.

Someone may say if you have nothing to hide you should not have anything to worry about. Someone may say that the prices we are paying are worth the safety we are deriving. If you really don’t understand why you are wrong, then I have a nice Gulag for you. If you don’t get it, you should move to Turkey and live with an elected government that has gradually become more and more dictatorial.

This is not just an attack on a Democrat-run government. Mike Rogers, Republican Congressman from Michigan and Chairman of the Permanent Select Committee on Intelligence, immediately defended the program based on the fact that a potential terrorist event was thwarted. Rogers is someone who we want in government. He is a grownup. But he is just dead wrong on this. Should we allow the government to invade the privacy of our phone conservations and emails on Mr. Rogers’ good word that they will be handled judiciously? I think not.

After watching what the government has done to our press (AP and James Rosen), do you really trust these people? Our Attorney General lied regarding knowing about a warrant and then parsed his words about what he was saying. Our Attorney General stated in a warrant that James Rosen, a well-known and top-notch reporter for Fox News, was a flight risk. He managed to get a judge to sign off on this, even though he was the third judge they had to ask. If our Attorney General can pull off these types of shenanigans and have a federal judge sign off, then what are the rest of us average Joes and Janes exposed to?

We have a tax collection agency (IRS) running amok. They were milling around in people’s lives with unbridled power. They are now going to tell us whether we own the proper health insurance. How do we know the people with a similar mentality are not running the NSA or this PRISM program? Trust us; we are here to protect you. We have seen this before.

James Clapper, Director of National Intelligence, recently went in front of Congress and lied about the existence of these programs. He just issued a statement saying the collection of communications "cannot be used to intentionally target any U.S. citizen, any other U.S. person, or anyone located within the United States." What does he mean by not intentionally targeting? I don’t trust him and you should not either.

Congressman James Sennenbrenner, the author of the Patriot Act, states this is not what he wrote. So in less than a decade we have gone from constitutional protection to invasion of our privacy with a shredding of our 4th Amendment rights.

Folks, you either get it or you will lose it. My God, even Al Gore gets it. This is unacceptable. You have heard it a hundred times before “Those who would give up Essential Liberty to purchase a little Temporary Safety, deserve neither Liberty nor Safety.” This isnot a Democratic or a Republican issue. This is a basic American issue. I choose not to sacrifice my liberty. Join me in demanding a stop to this further erosion of our basic God-given rights.