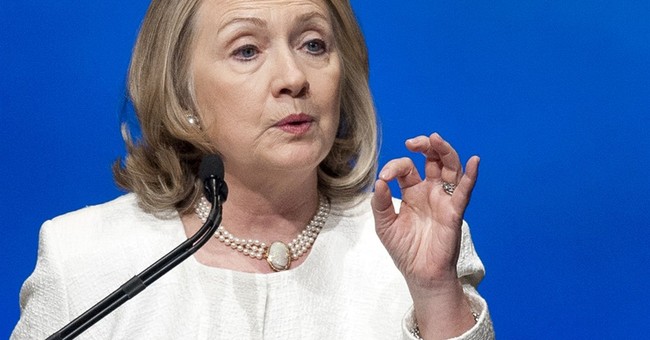 There is so much to say about what happened in Benghazi and the aftermath that one almost does not know where to begin. It was certainly refreshing to watch the news conference the other day with the entire White House Press Corp all over Jay Carney for misleading them regarding the matter. The fact Benghazi is now a lead story in mainstream media outlets is very exciting. We must all look at some realities that remain regarding this whole affair.

The biggest reality remains that the administration of Barack Obama seriously misled the American people. They did this knowingly and with intent to do so. A perfect example is when the President said the day after Benghazi (September 12th) that we will not tolerate terrorist attacks. Despite what Candy Crowley said in the Presidential debate he did not specifically called Benghazi a terrorist attack. That was not until way after the event. He was parsing words.

But let us be clear in our language -- The President and members of his administration did not “mislead” or “create falsehoods” and/or say things that were “untruthful.” They lied. They flat out lied to the American people. Did The President and Secretary Clinton lie to us? Absolutely. Were the lies intentional because of it would affect the 2012 Presidential election? We will never know that. What we do know is that they thought it would affect the election; that is why they lied and told the American people about an internet video and arrested the maker of the film.

As for the contentious talking points, there needs to be a little clarity. Now that Steve Hayes (Senior Writer for The Weekly Standard) has done his masterful work (followed by ABC News) in discovering the multiple variations of the talking points that led to Susan Rice’s ridiculous Sunday morning talk show assertions, we cannot accept the position their allies are now creating as mantra. The allies are saying that the variations occurred because of bureaucratic infighting. Wrong. There were political people both for the White House and Hillary Clinton’s State Department who have their fingerprints on these talking points. The fact that there were 95 pages of emails released about the back and forth on the talking points makes it self-evident that the process was political as the hacks ached over every word to make sure their bosses were not tarnished as opposed to stating the truth. We may never get someone to come forward and expose this truth, but it does not make it any less of a truthful statement.

It has become quite clear that the scrubbing of the talking points was because the State Department did not wish to alert Congress that they had ignored multiple warnings about terrorist activities in Libya. That is a clear failing of the Secretary and her staff.

The fact that this is political has been questioned. First of all, the Administration made this political because of all of their actions. Second of all, everything is political in Washington. But, most importantly, this is an issue that goes beyond politics so let’s drop that discussion. Four Americans were killed because of bad planning and bad leadership. We need to investigate the truth of what happened to make sure to the best of our abilities that this does not happen again. How in God’s name could our personnel be so exposed in such a volatile country on such a consequential day (9/11)? How could we have not been able to respond in a timely manner to defend an American Ambassador? The American people deserve answers to these and other questions and that is not political. The people responsible for these horrible decisions should suffer consequences.

The next reality is that the Obama Administration got away with this. They got by the election and, although they purposefully lied to the American people, they will never pay the price for this. Maybe – maybe some will lose their jobs, but it will never be abundantly clear that the fallout over Benghazi was the reason. The Obamaites will never clearly state that. It is not their style. But we can make other people pay and it should be the Clintons.

The Clintons made a Faustian deal with Obama to keep him in office. President Clinton became Obama’s only surrogate of value. After lying on behalf of Obama at the ceremony when the Benghazi bodies arrived in America, Hillary disappeared for a month and then she told America she accepted responsibility for what happened by video from an “undisclosed location” in South America. The fact that her team said she hates going on the Sunday talk shows and answering questions shows her callous disregard for the death of her underlings. That she did not go on the Sunday talk shows displays either her abdication of responsibility to lead in this crisis or her desire to distant herself from the Administration and how they were handling the matter. She then disappeared again. The Clintons cast their lot with Obama because one can only project that Obama will support their return to the White House is 2016.

Hillary has not earned that return by any means. She was a completely forgettable Secretary of State following on her being a forgettable U. S. Senator. When she had the one big test of her time of being at the State Department, she was not only a failure -- she was a liar. Her sad statement at the Senate hearing when she said “What does it matter” is justification enough to disqualify her from elected office of any kind. If she does not fully comprehend why this matters then she is a fool. But why would we want to go through more Clinton lies and histrionics? Why would we want more “Right-wing conspiracy” baloney?

The American people cannot extract the justifiable pain from Obama for his lying and obfuscating. But Hillary said she was responsible for this mess and we should make her pay for her actions. She should go off into the ether land with her husband and Al Gore with their centi-millions and leave us all alone. The only way to make sure that happens is by draping a Benghazi necklace around her neck.