The Root of Executive Abuse

Brion McClanahan
|
Posted: Jan 21, 2016 9:42 AM
Share   Tweet
The opinions expressed by columnists are their own and do not necessarily represent the views of Townhall.com. 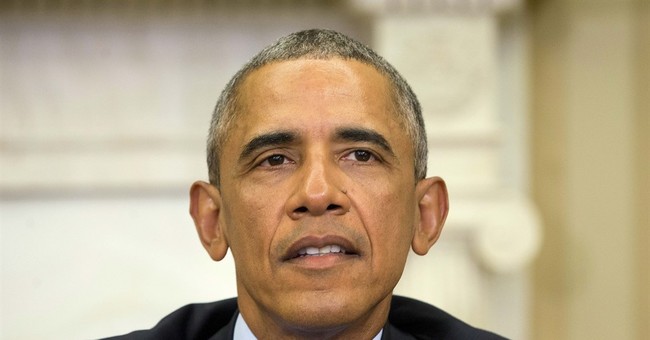 Less than two weeks ago, President Obama vetoed a bill that would have repealed the Affordable Care Act. His reason? “Because of the harm this bill would cause to the health and financial security of millions of Americans…” He then proceeded to dust off every leftist talking point about the ACA and insisted that the bill was “setting this country on a smarter, stronger course.” One liberal website argued this “blistering” message “dropped the hammer” on the Republican-led effort for repeal.

There is one problem with this narrative, other than the laughable description of Obama as a tough guy: he vetoed what was arguably the only constitutional piece of legislation to pass his desk since he assumed office in 2009. That is a violation of his oath to “preserve, protect, and defend the Constitution of the United States.”

Part of that responsibility is to veto all unconstitutional legislation and let everything else pass. This is how George Washington argued it should be done, and several other presidents in American history used the veto in this manner (less than one would think or hope). Most early veto messages contained detailed discussions as to why the bill was unconstitutional, not just bad policy. Even into the 20th century, Calvin Coolidge defended a veto based on a lengthy discussion of the constitutional implications of the bill in question. Since then, it has mostly been crickets. Obama is willing to use his pen, just not the way the founding generation envisioned when crafting the executive branch.

Unfortunately, Obama is simply the latest in a long line of presidents who have refused to adhere to their oath of office—the only concrete method that can accurately and objectively measure presidential success—and a byproduct of a slide into an elected monarchy. This “who’s who” of oath breakers contains some of the most famous and popular presidents in American history, including Lincoln and both Roosevelts. If we fail to understand the root of executive abuse then we are destined to have more Nixons, Roosevelts, and Obamas than Coolidges or Clevelands.

For the last nearly 70 years, the executive branch has run roughshod over the Constitution and the Congress. Our presidents have more power than George III exercised over the American colonies when Thomas Paine wrote in the American Crisis that “Britain…has declared that she has a right (not only to TAX) but ‘to BIND us in ALL CASES WHATSOEVER’ and if being bound in that manner, is not slavery, then is there not such a thing as slavery upon earth.”

Don’t think so? A cursory review of executive action in the 20th century tells another story. Richard Nixon once opined that “when the President does it, that means that it is not illegal.” Obama and every president since Franklin Roosevelt would agree. Unconstitutional executive orders? Check. Unconstitutional signing statements? Check. Unconstitutional unilateral military action without congressional approval (sometimes in spite of legal congressional opposition) or even a courtesy call? Check. Unconstitutionally legislating from the executive office? Check. These are powers that the founding generation did not just oppose, they outright said the American president would never possess. See Federalist No. 69 written by that ardent supporter of limited government Alexander Hamilton. Obama’s veto is but a small example of how the American political system has careened off the rails.

It won’t get much better in the short term. The current crop of presidential wannabes is heavy on egos, crooks, rule breakers, hacks, and empty suits, but light on those who truly understand both the Constitution as ratified and the real limitations it places on executive power. That is not only depressing, but dangerous. Power in “our guy” can easily be turned against us by “their guy.” See George W. Bush and Barack Obama.

If Americans want to “make America great again,” they should be asking real questions about executive power and not fall into the trap that has allowed half a century of unconstitutional power grabs by one branch of government. Ask not what your president can do for you, ask what he can constitutionally do in office. When that happens, Americans may once again enjoy the blessings of liberty and self-government handed down by the founding generation.