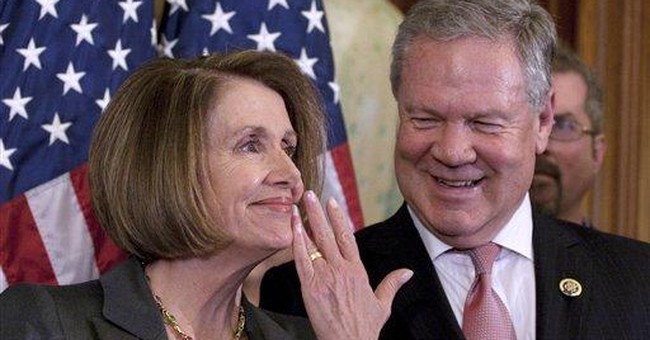 Disturbing news has hit the race for Ohio’s Sixth Congressional District.  In a story that broke just yesterday, it was revealed that incumbent Democrat Charlie Wilson’s wife filed for divorce after citing “extreme cruelty and incompatibility” in 1990.  What’s worse is that according to court documents, it appears that there wasn’t a single, isolated incident, but rather a pattern of abuse.

After making it clear that they vet and choose their candidates, questions have to be brought up for the DCCC.  What did they know about Wilson’s history in this matter?  Was it brought up in 2006 when Wilson first declared his candidacy for Congress? Did they simply choose to look the other way?

While we wait more information and answers, one thing is clear – Wilson is not fit to serve.  Although previous polling shows the two-term Democrat in a dead heat with Republican Bill Johnson, voters will have a chance to follow their conscience on November 2nd and deny Wilson a third victory.

Eastern Ohio is a place of industry: for many years, the area was home to some of the most productive factories and mines in the United States.  Today, though industry has dissipated, the area is still reminiscent of those times and the people retain the conservative values that they embraced throughout the 20th century.  The sixth district runs along the Southeast borders of the state, touching Pennsylvania, West Virginia, and Kentucky.  The district begins near Youngstown and continues south along the Ohio River through some of the most conservative parts of the state, including Steubenville, home of the Catholic Franciscan University.  The district ends near the southern tip of Ohio, where the Wayne national forest is a bastion of green space tucked among the frequent factory towns that populate the banks of the Ohio River.

The 6th congressional district has a history of swinging between the parties.  It is currently represented by Charlie Wilson – one of Speaker Nancy Pelosi’s most dedicated puppets.  He votes with Pelosi an astonishing 98.1% of the time – leading some constituents to wonder if he represents their views or Nancy Pelosi’s ultra-liberal views.  But it isn’t the first time locals have wondered about Charlie Wilson: when national Democrats recruited him to run in 2006, he failed to submit the required number of signatures to get on the ballot (he only needed 50 signatures from the district – his campaign managed to scrape together 46).  His bungled attempt at filing for candidacy left many voters unsure of his ability to represent them in Washington, but after Union strongmen flooded the district with volunteers and Democrats in Washington spent hundreds of thousands of dollars on the race, Wilson was able to pull off a win in the primary and midterm elections.

When elected, Wilson pitched himself as a social conservative.  That quickly unraveled when he voted for the Democrats’ healthcare takeover and cleared the way for taxpayer-funded abortions. Lately he has earned a reputation for avoiding his constituents and his opponents: his local office staff refused to talk to a constituent about Wilson’s support for Obamacare and he is currently refusing to appear at debates with GOP candidate Bill Johnson.

Voters in Ohio’s 6th are seeking a conservative choice this fall who is prepared to stand up to Nancy Pelosi and President Obama.  Fortunately, Bill Johnson is running this year, and the election is sure to be an exciting one.  Johnson has made it clear that his commitment to creating jobs in Ohio’s sixth is more than just a campaign slogan to him.  Where Wilson has overseen a 66% increase in unemployment during his time in congress, Johnson is coming to the table with a real plan for improvement.  Wilson thought supporting the government takeover of healthcare was a good idea, but Johnson sees the need for real reform that will lower costs and increase competition.  Johnson’s experience in business will allow him to make decisions that benefit local workers instead of keeping them out of work or forcing them out of the district.