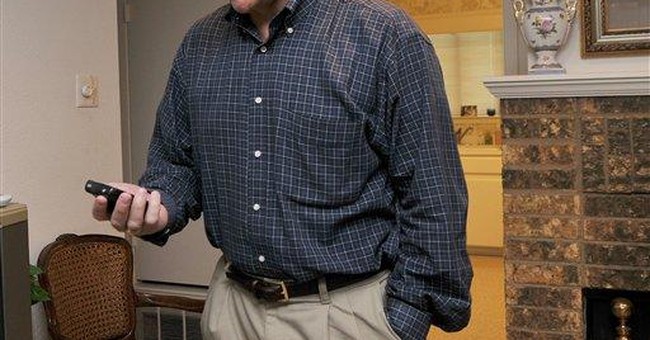 Deep in the heart of Texas, the race for the 17th District has really taken shape over the summer and I'm happy to say Republican Bill Floreshas made great progress is his campaign against Chet Edwards. Rated a "Toss Up" by Charlie Cook and "Republican Favored" by Stu Rothenberg, recent polling shows that Flores is leading in the race 55-36%, and Edwards' efforts to come off as "Independent" aren't fooling anyone.

The election is clearly distracting Edwards from fulfilling his duties as a Member of Congress. Awarded a coveted seat on the House Budget Committee as a result of his loyalty to Speaker Nancy Pelosi (and a voting record of over 96% with Democrats), Edwards has failed to actually create a budget this year - marking the first time one hasn't been passed in the lower chamber since 1974. By blatantly ignoring an opportunity to put his party's reckless spending in check, it's clear Edwards lacks the fiscal discipline and common sense to continue his political career.

Over the next few weeks, be sure to keep an eye on this race. The differences between Flores and Edwards are clear, and voters have the chance to support real change in November - moving us one seat closer to retiring Nancy Pelosi.

For the past 19 years, Texas’ 17th Congressional District has been held by Democrat Chet Edwards who, despite several close elections in recent years, has managed to maintain his grip on this culturally conservative district. This fall, Edwards may be in for one of his toughest fights as he faces off against Republican businessman Bill Flores.

The 17th is the most conservative district held by any Democrat Member of the House. Stretching south from Hood and Johnson counties, the district covers the population centers of Cleburne, Waco and College Station, and has been Republican territory for years. Political handicapper Charlie Cook rates the district as R+20, and both John McCain and George W. Bush carried the seat during their presidential races. Given that Edwards was only able to best his 2008 opponent 53-46% with Barack Obama at the top of the ticket, this year’s election poses a major electoral challenge for the incumbent.

As evidence that his record in Washington is starting to catch up with him, a recent poll had Edwards trailing Bill Flores by twelve points. Undermining the moderate tone that Edwards uses in an attempt to fool his constituents is the fact that he supports House Speaker Nancy Pelosi and her liberal agenda nearly 97 percent of the time. He has blindly followed her lead, casting his vote in support of the failed $787 billion stimulus, bloated-excuse for a federal budget and the hat-tip to unions known as card check. Edwards is so entrenched in the Democrat leadership that Nancy Pelosi even touted him as her choice as a possible nominee for Vice President in 2008.

For years, Republican Bill Flores has demonstrated that he is a dedicated member of the community. He and his wife have worked hard to raise and contribute money to educational scholarships throughout Texas, as well as supporting community-based programs to help our returning veterans. Having also created over 500 American jobs during his successful business career, Bill has shown that he can lend a valuable opinion to the debate on how to stimulate the economy.

This fall, voters in TX-17 have a clear choice: more of the same Pelosi-pandering or a fresh voice to represent their interests in Washington. Chet Edwards has worn out his welcome in the district by consistently putting his party’s liberal agenda before the best interests of his constituents. Republicans have a prime opportunity to take this seat back in November and peel yet another vote away from Nancy Pelosi.

I hope you’ll take a few minutes to learn more about Bill on his website, and become a fan on Twitter and Facebook to stay up-to-date with the latest news on this race.