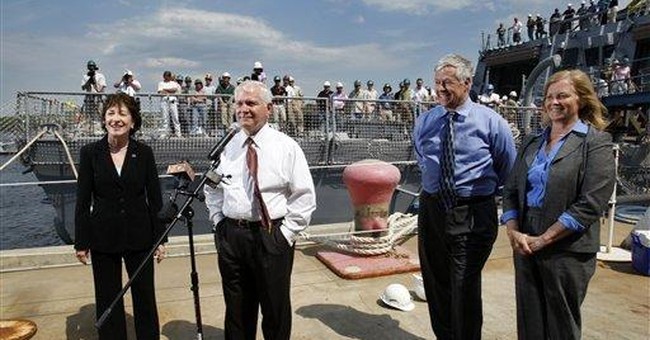 Maine’s 2nd Congressional District is shaping up to be something worth keeping a close eye on, as the incumbent Michael Michaud has made his mark on the state and Maine voters are growing weary of his partisan politics.  Republican challenger Jason Levesque has the real world experience that makes him a viable and formidable candidate against Michaud as campaign season heats up.

Maine’s 2nd Congressional District can simply be described as expansive: it covers over three quarters of the state itself and is larger than the states of New Hampshire, Vermont, and Massachusetts combined.  Because of its sheer size, this district represents several different aspects of Maine: there are the bays of coastal Maine and their small fishing towns, the mill towns in western Maine, and the potato fields of far northern Maine.  Lewiston, Eastport, and Belfast are all included in this district.  Although Michaud has held this seat since his election in 2002 and President Obama and John Kerry tallied wins here, the district’s Cook Partisan Voting Index is sits at only D+3.

Michael Michaud has spent his time in Congress spending his constituents’ money.  Instead of voting responsibly, he has backed a litany of reckless spending measures and also has the dishonor of having voted with Nancy Pelosi 95.6% of the time.  He supported the failed $787 billion stimulus and voted for the government takeover of healthcare this spring.  To top off this already stellar record, he also voted for the bill to increase the debt limit in order to make room for the Democrats’ wasteful spending bills and reforms.  For someone to represent a state that has been hit hard by the economic downturn, one would think Michaud would take his job a little bit more seriously and not squander his constituents’ hard-earned money on a bloated partisan agenda.

Jason Levesque knows it’s time to reign in the out-of-control spending that is running rampant in Washington thanks to Democratic leadership.  Levesque realizes that Mainers—and Americans on the whole—do not need more bloated government programs.  They need jobs.  They’re looking for a representative that takes their best interests with them down to Washington.  Levesque’s campaign is based on giving citizens the opportunity to prosper — not burdening them with a skyrocketing debt and high unemployment.

This fall, Maine voters can choose either to continue down a path littered with debt and unemployment, or they can take a new route and choose someone who will bring about the change they’ve been waiting for.  Jason Levesque represents a new step forward from the failed policies of this Democrat majority.