2010 Race of the Day: Taking Back a Longtime GOP Seat in Pennsylvania 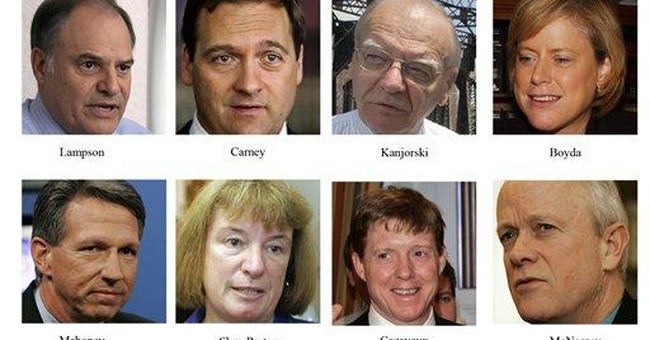 Sprawling across Northeastern Pennsylvania, the 10th Congressional District, which includes more than a dozen counties, covers the towns of Shamokin, Williamsport and Carbondale and extends into the corner of the Keystone State touching the New York State border. Although two-term Democrat Chris Carney currently represents the 10th District, it is historically conservative and is rated R+8 by the Cook Partisan Voter Index.  This November he faces former United States Attorney Tom Marino, who emerged from a contested primary with a double-digit victory on May 18.

Before Chris Carney won in 2006, Republicans held this seat for more than four decades with McCain winning 54 percent of the vote in 2008 and George W. Bush winning with 60 percent in 2004. Although Chris Carney claims to be a prominent member of the Blue Dog Caucus, his record of voting with Nancy Pelosi nearly 91 percent of the time proves otherwise. After almost two years, Pennsylvania voters have quickly turned against the Democrat majority’s agenda of endless spending and debt, government takeovers, and fewer jobs. In just one term, Carney has already voted for the failed trillion-dollar stimulus, the most fiscally irresponsible budget in American history, and raising the debt ceiling by $2 trillion.  He even voted for the trillion-dollar government takeover of healthcare twice – despite admission by fellow Democrats that the bill cut Medicare for senior citizens.  Carney will be forced to own up to his liberal voting record in a conservative district where his votes are not in line with his constituents.

As a native of Williamsport, Pennsylvania, Marino’s blue-collar roots in the district give him an understanding of the challenges middle-class families face in Northeastern Pennsylvania. During his time as a U.S. Attorney, Marino worked to crack down on organized crime and drug trafficking, earning a well-deserved reputation as a leader who isn’t afraid of a fight. Marino’s independent leadership stands in stark contrast to incumbent Chris Carney, who has served as an unapologetic yes-man for the Obama-Pelosi agenda despite the district’s Republican leaning. Prior to his service as a U.S. Attorney, Marino was elected to the position of District Attorney for Lycoming County, a position he held for ten years. In a sign that his campaign is on its way to success, Marino has earned “On the Radar” status in the National Republican Congressional Committee’s Young Guns program.