2010 Race of the Day: Golden State Needs A Little Red 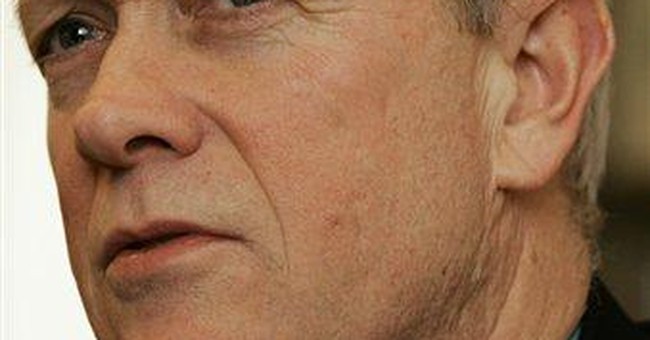 This November, Republicans in California’s 11th Congressional District have a solid pickup opportunity in the Golden State. A field of strong Republican candidates stepped up to fight for Democrat Jerry McNerney’s seat—a clear sign that voters in California’s 11th District are ready for a change in representation. Emerging from last month’s primary was Republican candidate David Harmer, who is already building his momentum as he squares off against the liberal sophomore Democrat in the general election campaign.

California’s ideologically diverse 11th Congressional District stretches from the agriculture-heavy San Joaquin County in the Central Valley to the Bay Area suburbs. McNerney defeated Republican Richard Pombo in this R+1 district in the Democratic wave of 2006. Former President George W. Bush won the district with 54% of the vote in 2004, while President Barack Obama carried the district with 54% in 2008.

Jerry McNerney has done himself few favors politically by voting with the Democrat majority 95.2 percent of the time during the current Congress.  He has been an adamant backer of every major piece of legislation pushed through by his party leaders, including the ‘stimulus,’ the most fiscally irresponsible budget in history, the National Energy Tax, and the government takeover of healthcare. McNerney stoked controversy in his first term when he called for an end to criticism of MoveOn.org – the radical anti-military group that funneled over $50,000 into McNerney’s campaign coffers.

The son of Ronald Reagan’s Lieutenant Governor, Harmer boasts a diverse résumé both in and out of politics. He knocked on doors for his father’s campaigns as a young boy and served as a congressional aide many years later. He established a career as a successful attorney, businessman, and community leader. Recognizing the severity of the Democrats’ job-killing agenda, Harmer aims to bring a fiscally responsible voice to Washington. He is committed to preserving the personal and economic freedoms that set America apart from all the others. Harmer stands for traditional American principles—like small government and conservative values.  David and his wife Elayne are the proud parents of four young children.

David Harmer represents a return to Republican values and responsible government. This fall, Republicans in California’s 11th District have the chance to elect this outstanding candidate and take a vote away from Nancy Pelosi in a neighboring congressional district.