Race of the Day: Taking Back MD-01 for the GOP 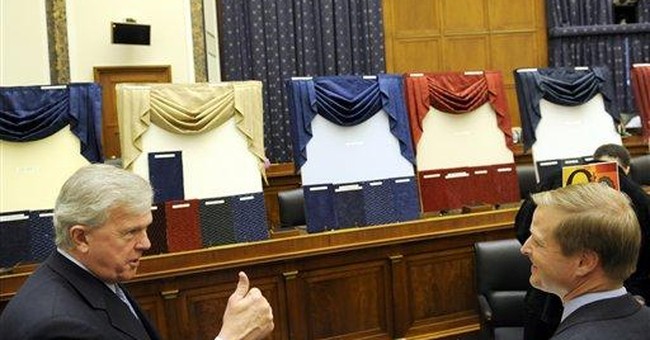 Currently represented by freshman Democrat Frank Kratovil, Maryland’s First Congressional District generally leans Republican according to election history and maintains a strong trace of conservatism, despite the even number of registered Democrats and Republicans. Encompassing the entire Eastern Shore of Maryland and taking in conservative parts of Anne Arundel, Baltimore and Harford Counties, the First District had been in Republican hands for all but 14 years since 1959 until Kratovil took office in 2008.

In 2008, Kratovil narrowly defeated Republican State Senator Andy Harris in the General Election for MD-01. Kratovil’s victory was due in large part to the blank-slate nature of his candidacy and the political environment at the time, which leaned heavily Democrat. Even then, this was one of the closest congressional races of 2008.

Now Kratovil has a record, and it’s not a good one in such a conservative district – especially since the political environment favors the GOP. His votes for the failed stimulus bill and the job-killing national energy tax, and his support for a government-run public healthcare option – despite his no vote on the final bill – have angered many taxpayers in this conservative area of Maryland.

This year, with the changing political climate, Kratovil’s liberal record and battle-tested Republican candidate Andy Harris on the ballot again, Republicans have a clear path to victory on Election Day. Harris, who was among the first GOP candidates across the country to achieve ‘Young Gun’ status, the top tier of the NRCC’s three-level Young Guns recruitment program, has already proven his ability to build a winning campaign and achieve vital fundraising goals. Harris has already raised more than $1 million in his bid to defeat Kratovil. His extensive medical background combined with a demonstrated dedication and selfless service to his country and community make him an excellent candidate to represent the First District of Maryland.

Andy Harris, M.D. was elected to the Maryland Senate in 1998 and is serving his third term. The only physician in the Senate, Senator Harris currently serves on the Education, Health, and Environmental Affairs Committee (Health Subcommittee) and the Joint Committee on Health Care Delivery and Financing. He served as Senate Minority Whip during the Ehrlich administration. Harris, who was a Commander in the U.S. Naval Reserve Medical Corps, brings to the race a wealth of experience with several issues critically important to the people of Maryland’s First District.

In 2004, George W. Bush carried Maryland’s First District with 62% of the vote, while John McCain won with 58% in 2008. The PVI rating for the district is R+13 and Cook Political Report rates the general election in November as “toss up.” Andy Harris has proven that he is prepared to put this conservative seat back in the Republican column. Harris’ positive vision for Maryland and America will lead him to victory over freshman Democrat Frank Kratovil and his big-government, big-spending policies.