Brian McNicoll
|
Posted: Nov 27, 2020 12:01 AM
Share   Tweet
The opinions expressed by columnists are their own and do not necessarily represent the views of Townhall.com. 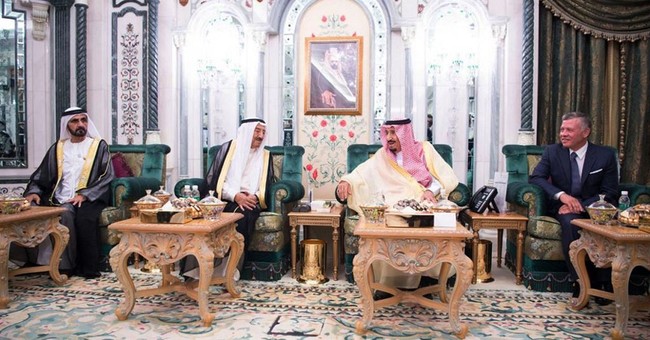 Imagine if President Trump could have held the election a week later. The Monday following the vote featured news Pfizer is closing in on a vaccine and that the stock market had reached record highs for the first time since the beginning of the pandemic – both of which could have bolstered Trump’s margins and perhaps spared us the messy court battles ahead.

Perhaps he also could have gotten behind another issue – one in keeping with twin goals of his administration for all four years: Helping black people and freeing Americans held captive in other countries.

He has personally worked to free more than 50 Americans held in 22 different foreign countries, including Andrew Brunson, a preacher who was captured in Turkey, and late last month, Philip Walton, an American missionary who had been captured in Nigeria.

As for black people, he signed the First Step Act, which ended lengthy prison sentences for drug crimes that disproportionately went to black people. He increased funding for Historically Black Colleges and Universities, declared the KKK a terrorist organization, created opportunity zones and community centers in black communities and proposed his Platinum Plan to create 3 million new jobs and 500,000 new black-owned businesses over the next four years.

But one group of black Americans still needs action from Washington regardless of who emerges as the winner of the presidential race – black Americans imprisoned in Kuwait.

On Aug. 2, 1990, Iraq invaded Kuwait and took it over in less than a day. The following January, a U.S.-led coalition invaded and drove out the Iraqis within weeks. The U.S. launched its later invasion of Iraq – the one that toppled Saddam Hussein – from Kuwait in 2003.

Since then, the U.S. military has stayed behind to ensure no further invasions. Since the force is unlikely to engage in combat, at least half its staff are contractors, not U.S. soldiers. Some carry weapons, but most work in support positions, such as food service, transportation and IT. In 2018, the US employed nearly 50,000 such contractors in the Middle East, although that number has fallen some.

Soldiers are protected when they get involved in criminal activity in foreign countries by formal agreements that usually call for them to be handed over to the US and then taken out of the country. But contractors do not have that veil of protection, and it has proved to be quite a problem, particularly for black contractors in Kuwait.

Today, at least 28 Americans have done time in Kuwait for minor drug crimes, such as simple possession of personal amounts of marijuana. The stories, according to the New York Times, bear similarities – American contractors busted in kick-in-the-door nighttime raids, then forced, in some cases, to confess to crimes they did not commit. They were then convicted, often with files showing they did not receive due process, and then sentenced to lengthy terms in Kuwaiti prisons.

One American, Nicodemus Acosta, turned over his personal amount of marijuana upon being arrested after being told he probably would be deported over such a small amount. But when prosecutors weighed the marijuana he gave them, they did so without removing the weed from the Mason jars he kept it hidden in his oven. Instead of a small personal amount, he was charged with possession of 2 ½ pounds because the weight included the Mason jars.

He also talked of being beaten, turned upside down and forced to hang from his bound hands and feet and having been lied to and mistreated repeatedly by Kuwaiti officials.

The problem is that America’s diplomatic community doesn’t spend a lot of resources on resolving situations such as those of Acosta and the other inmates in Kuwait and that Kuwaiti law enforcement officers often receive bonuses for confiscating drugs.

The solution is that if the American government is going to employ large numbers of private individuals in these roles, it has to acknowledge that they need to be protected similarly to soldiers, diplomats and others serving government abroad.

Yes, it will cost a little more to ensure we have sufficient legal representation to help the Nicodemus Acostas of the world. But Americans furthering American strategic interests abroad cannot be left to the whims of the legal systems of countries such as Kuwait.

The problem is bigger than Acosta or the 28 others known to be held in the country’s Central Prison Complex. It involves thousands of US contractors helping our military around the world. Yes, they sign up for dangerous missions because of higher pay. Yes, they are hired because we don’t want to put our military in these situations.

But they are Americans, and we don’t leave Americans behind.