Brian McNicoll
|
Posted: May 15, 2018 2:00 PM
Share   Tweet
The opinions expressed by columnists are their own and do not necessarily represent the views of Townhall.com. 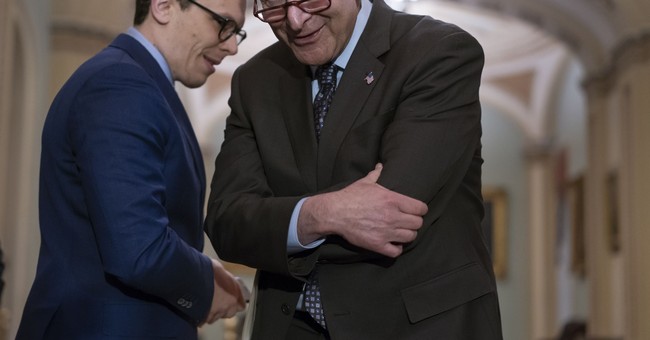 True story. My friend emails me the other night to say he already has begun to see the effects of ending net neutrality on his own use of the Internet.

How so? I asked. He was streaming something on Netflix, and it wasn’t moving as smoothly as it was on normal nights … before the end of net neutrality.

That has been the one constant among those working for net neutrality – a never-ending search for something bad to happen that they can blame on deregulation. Horror story after horror story is pedaled.

Absent a return to net neutrality, internet service providers will block content, throttle some back and even function as a censor. No one ever asks why they would do that.

What would be the economic advantage to blocking content? Couldn’t another internet service provider simply lure customers away by offering the blocked content?

Similarly, why would they throttle content? As divided as America is today, one thing we all agree on is there is nothing worse than a slow computer. What advantage would an internet service provider get from slowing the computers of its customers? And why on earth would we go out of our way – as Democrats in Congress are doing – to prevent something that’s never going to happen?

With midterms looming and Trump-hating on the decline politically, Democrats have looked to net neutrality as an issue that might attract low-information millennial voters.

Sen. Chuck Schumer of New York, the Senate minority leader, said the internet has become a necessity, which means government can’t just let internet service providers charge whatever they want for what he considers as essential a public service as roads or utilities.

That’s why he wants to return to the pre-Trump days when the internet was regulated under rules developed for Ma Bell back in the 1930s. He has introduced a Congressional Review Act resolution that would reclassify internet service providers under Title II of the Communications Act of 1934, which allows for rate-setting. Under the Congressional Review Act, Congress can vote to repeal regulations enacted by federal agencies. Supporters say they have 50 votes in the Senate to support the measure, but the House is not expected to pass it.

The Daily Dot tells us net neutrality is a “core principle of the internet, which dictates that ISPs treat all data delivered to customers equally” and puts all internet content “on the same level playing field. It means Netflix can’t get an advantage over Amazon’s Prime Video by paying ISPs to stream their videos at a faster rate, and it keeps ISPs from breaking up the internet into packages like cable providers do with television.”

What it doesn’t tell us why this would be desirable. Would you pay a little more to Netflix if it bought privileges from its ISP that allowed for faster streaming? If so, how long until Amazon Prime Video would offer a similar service? If not, how long until Netflix’s price would have to go back down to compete?

As for breaking the internet into packages, that’s precisely what is going on in television right now as millions are cutting the cord and buying the entertainment they want, packaged as they want it. This is not something to regulate against; this is something to cheer.

The internet has brought an avalanche of economic development never before seen in history, and it has done so because of its unbridled and chaotic nature. The Obama administration ordered net neutrality regulations in 2015, and President Trump’s Federal Communications Commission ordered them rescinded in 2017. Another change this soon would create an expectation of instability that will stifle innovation.

“Even opponents of the strict 2015 rules recognize that the continual legal and regulatory gyrations are a problem,” the Los Angeles Times wrote. “Rather than jousting over a resolution of disapproval, Congress needs to put this issue to bed once and for all by crafting a bipartisan deal giving the commission limited but clear authority to regulate broadband providers and preserve net neutrality.”

Sen. John Thune, R-S.D., is close to being on the same page.He called again recently for bipartisan legislation from the elected officials in Congress – as opposed to unelected bureaucrats – that would address the issues of throttling, blocking and paid prioritization in a way that reflects 21stcentury communications realities and promotes, rather than impedes, technological progress.

There is no hurry to restore net neutrality. Contrary to my friend’s belief, internet speeds have not slowed. What has slowed is investment, according to the Federal Communications Commission. And that means less improvement, less innovation, less expansion to serve the 39 million Americans living in rural parts of the country that don’t have access to good internet service.

“This is a mistake and only delays concrete protections for a free and open internet,” Thune wrote of the CRA vote. May his colleagues take note and put this bad idea to bed once and for all.

Ruwix is a collection of online puzzle programs and tutorials. Discover the secret of your unsolved Rubix Cube.