Working Moms and Stay-At-Home Dads In the Obama Economy 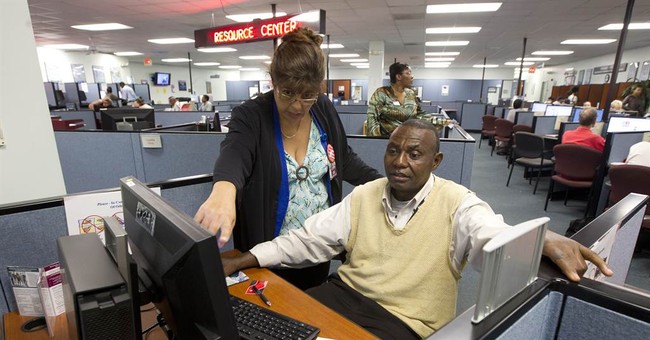 America’s job market is changing – again. It was just a few decades ago that women entered the workforce in large numbers. Now they are increasingly the primary earners in their families – with a full forty percent acting as the chief breadwinner in their homes. At the same time, men are seeing their place in the workforce diminish: the percentage of stay-at-home dads has doubled in the last decade. And according to a new documentary that focuses on this issue of our time, “The Big Flip”, the average woman’s income is rising at a pace that will put them ahead of men in average earnings in just 15 years.

This is great news, right? Women are better educated than before. They are more in control of their lives. They are increasingly successful in business, commerce, entertainment and other sectors. There is a lot to be happy about. And it’s great that more families can choose what works for them. The traditional father-as-provider model may not work for every family. More couples now have the flexibility to choose a different path.

Unfortunately, a look behind the data shows it’s not all good news. For too many, “The Flip” isn’t about two earners who decide which of them will get to spend more quality time raising their children. Instead, it’s a forced choice: one made because a husband has surrendered in the face of an awful economy.

The Great Recession is making many changes in this economy. It’s accelerated one trend that‘s been underway since the 1950s: the declining participation of men in the workforce. There are plenty of reasons that men have slowly been dropping out: increasing use of disability, more jobs requiring a college education, and simple aging. But during the Great Recession, the male “dropout rate” from the labor force has jumped. Now, for the first time, fewer than ninety percent of men in their prime work years are in the labor force. Many left not by choice, but because they were driven out. The vast majority of the jobs lost during the Great Recession were lost by men.

This might not be a big deal if these jobs were coming back, or if we were seeing growth in sectors that these displaced workers could shift to. But that’s not happening either. According to a recent study by the liberal Urban Institute, nearly five million workers are now considered ‘long-term unemployed,’ and nearly one million more have stopped looking for work completely - most of them, men.

The ramifications for these workers are severe. The Bureau of Labor Statistics recently spelled out just how hard it is for the long-term unemployed get back to their former earnings level. For many, it’s impossible. Workers don’t just suddenly lose a job one day; long before they enter into long-term unemployment, they start to see their wages fall. They drop by an average of more than seventeen percent from two years before their unemployment spell to the year after it began.

Even four years after the start of the long-term unemployment period, average hourly wages are still seven percent down from their level years before. So this trauma doesn’t begin the day they lose a job and end when they start working; for many families, this is a lost decade. Even years later, they deal with earnings losses, earnings volatility, and later periods of job loss. That doesn’t even begin to count the effect on family finances, sense of self-worth, raising of children, and the damage it can do to a marriage.

Is there anything we can do? We can start by looking deeper into the data. The increased role of women in the workforce is great – to the extent that it represents a choice, rather than a last resort. But policymakers in Washington shouldn’t try to hide the fact that many people are just trying to cope with an awful job market. Instead of sitting back and boasting about an economic recovery, workers and families need a bipartisan push for real, self-sustaining private sector job creation. Government stimulus has not worked – the numbers show it. It’s time for a new approach – one that empowers job creators and helps families to choose the model that works best for them.