Brian Darling
|
Posted: Dec 10, 2020 1:37 PM
Share   Tweet
The opinions expressed by columnists are their own and do not necessarily represent the views of Townhall.com. 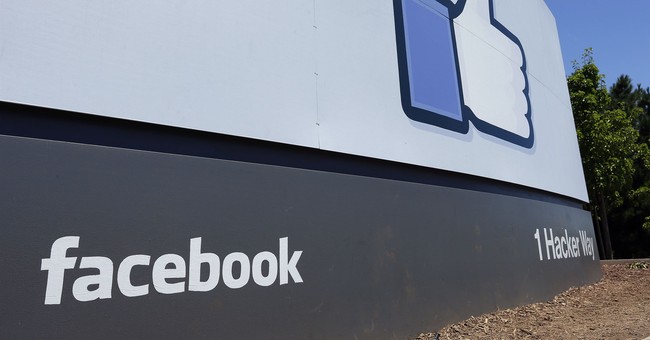 In a fair legal world Facebook should win the current antitrust lawsuits, but they might not. The law is on Facebook’s side, yet politics is getting in the way of the law. Politicians on the right and left have it out for Big Tech and they are intent on making an example out of Facebook.

So many times, corporate interests are on the right side of the law, yet they lose. Being right does not matter in Washington, DC, because the loudest voice usually wins. A great example is the fact that the federal government continues to spend America into the poor house with a record deficit for the past year and a whopping $27 trillion in debt. The loud voices in Washington are pushing politicians to spend more with no appetite for cuts to spending that would save money for the taxpayer.

As much as the conservative movement wants to see Facebook punished for discriminating against conservatives and infringing on privacy, the law is not on their side. I am one that believes the government should not use power to break up successful companies, because it hurts the long-term health of the economy and infringes on the freedom to contract. My ideology aside, if you look solely at antitrust law, it appears that the lawsuit against Facebook is doomed to fail.

There are two lawsuits attempting to break up Facebook. The first was initiated by liberal activist New York Attorney General Letitia James, State of New York and 48 Attorneys General versus Facebook. This suit alleges that Facebook is in violation of the Clayton Act and Sherman Act. According to AG James, “the lawsuit alleges that, over the last decade, the social networking giant illegally acquired competitors in a predatory manner and cut services to smaller threats — depriving users from the benefits of competition and reducing privacy protections and services along the way — all in an effort to boost its bottom line through increased advertising revenue.” The second suit is the Federal Trade Commission (FTC) v. Facebook, alleging a violation of the FTC Act, 15 U.S.C. Sec. 45(a). Both suits seek to get Instagram and WhatsApp spun off from Facebook. Both suits are trying to reverse the FTC’s approval of the mergers they deemed compliant with antitrust law in the past.

The company is defending themselves by repeating the fact that the same FTC that is suing them today declared the mergers compliant with antitrust law in the past. Facebook correctly argues, “these transactions were intended to provide better products for the people who use them, and they unquestionably did. Both of these acquisitions were reviewed by relevant antitrust regulators at the time.” One would think that the FTC is estopped (a legal term for not being allowed to change an agency position), because they were the ones who declared Facebook OK to acquire these two popular social media companies. Facebook argues that this is an unprecedented move by antitrust enforcers and the FTC has allowed Facebook to invest billions to build up Instagram and WhatsApp into the entities they are today. Then they changed their minds.

A little history is instructive. The Wall Street Journal reports, “when Facebook Inc. acquired Instagram in 2012 and WhatsApp in 2014, U.S. antitrust enforcers reviewed the deals but made no attempt to block them.” Now the Federal Trade Commission (FTC) and 48 states and territories are trying to reverse that decision and retroactively block Facebook from acquiring these two popular companies. The accusation is that Facebook purchased these companies to create a monopoly in the social networking sphere and to squash competition. Yet competition is still flourishing, and one can bet that the market in social networking will look quite different over the next decade because of market competition.

The Achilles heel of the arguments for the breakup are simple - these acquisitions were already thoroughly reviewed by the FTC and approved. The government can’t come back and change their mind, because Facebook relied on the government’s approval of the mergers and moved forward trusting that the approval removed them from accusations of creating a monopoly. State Attorneys General have no business building their resumes with this suit, because they want to punish Big Tech for taking some unpopular stands.

Facebook is merely the first domino to fall, because the federal government hates big companies that compete with big government. We should expect Twitter, Google and a number of other ‘Big Tech’ companies like Amazon to also become the next targets of federal bureaucrats and state Attorneys General trying to make a name for themselves. The biggest political problem for Facebook and other tech giants is that the support for the use of antitrust law to attack them has become bipartisan including, according to the Wall Street Journal, supportive comments by Rep. David Cicilline (D-RI) and Sen. Mike Lee (R-UT).

I am a lawyer, yet no expert in anti-trust law, so caveat emptor.  I am a student of freedom and hate the idea that the government can bully companies because the people in charge of government are displeased with successful and large companies. If this suit is successful in forcing Facebook to settle, expect the other Big Tech companies to be the next legal targets resulting in some economic pain for the American economy as a whole.