Brian Darling
|
Posted: Dec 02, 2020 12:01 AM
Share   Tweet
The opinions expressed by columnists are their own and do not necessarily represent the views of Townhall.com. 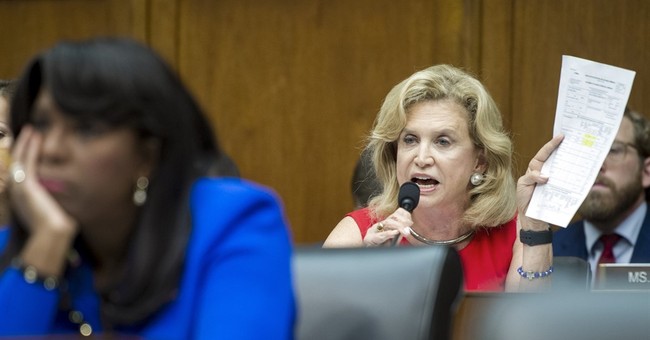 There are three ‘must pass’ bills in the lame duck session of Congress that are going to be addressed one way or the other, yet Congress can’t help themselves by loading up these bills with pet projects and special interest requests.

These are the days when Congress acts behind closed doors and without public input. The leadership of both parties loves this time, because they can insert pet provisions in massive bills, then dare opponents to take the whole bill down if they don’t like it.  The final versions of these bills will not go through any committee hearings, markups or floor amendment process – they will be rolled to the floor of the House and Senate with rank-and-file members having a few hours to digest hundreds of pages of legislative language before a vote. Expect the last-minute legislation to be loaded up like a Christmas tree for special interest and K Street lobbyists to the detriment of the American taxpayer.

The appropriations for this fiscal year run out on December 11th.  Reports indicate that there are negotiations that have stalled because the White House and appropriations committee staff have not agreed to spending levels. The final appropriations bill of the year always carries legislation; expect this bill to get loaded up with unrelated legislation when it is finally unveiled to Members of Congress and the public.

A coronavirus relief package is also in negotiations that may or may not bear fruit. The Hill reports, “prospects for another coronavirus relief measure have been stalemated for months amid deep divisions on everything from the price tag to key components such as unemployment insurance and help for state and local governments.” The last bill, the CARES Act, had $25 million for the John F. Kennedy Center for the Performing Arts and $75 million for the Corporation for Public Broadcasting both designated as essential and emergency spending. Expect a post-election version to be loaded up with even more wasteful spending, if Congress can agree on a package.

The third bill on the agenda for Congress is the National Defense Authorization Act (NDAA).  This bill is always a traditional target for politicians to add on unrelated items. One provision that has nothing to do with defense policy is a version of the so called “Corporate Transparency Act” that targets small businesses. This bill does not forward the cause of transparency and does not apply to large corporations. Liberal Rep. Carolyn Maloney sponsored the House version of the bill and it has the support of progressive Sen. Sherrod Brown (D-OH). This language has no business being passed in the waning minutes of a Congress full of retiring and defeated members.

This amendment to the NDAA bill is an attack on small businesses right when Congress is considering another multi-billion-dollar effort to help small businesses with more resources dedicated to the Paycheck Protection Program (PPP) in the coronavirus relief package. According to a letter sent by a coalition of outside business interests to the Senate and House Armed Services Committee Chairman and Ranking Members on August 12, 2020, the proposed amendment “would require millions of small businesses, nearly every employer with 20 or fewer employees, to register their personally identifiable ownership information with the Financial Crimes Enforcement Network (FinCEN) at the Department of Treasury and update that information periodically for the life of the business.” The amendment treats all small businesses like they are criminal enterprises that need to prove their innocence and the amendment imposes a two-year jail sentence and fines for non-compliance.

In addition to treating all small businesses as if they have no right to privacy, the bill imposes a mandate that will cost millions to struggling small businesses. David Burton of The Heritage Foundation describes the idea as a “substantial and potentially ruinous expenses will be incurred by small businesses trying to comply.” Economist Dan Mitchell calls these types of ideas “costly and intrusive” failures and an “anti-privacy reporting rule” that will not catch any criminals. Of course, larger corporations are exempted from this bill, so the big corporations have avoided the same rules that apply to small business.

This idea is a wholesale attack on privacy. It would force small businesses to disclose information that can today only be accessed by law enforcement by a warrant or judicial subpoena. The House of Representatives has named conferees on the NDAA bill and thankfully there are solid pro-small business conservatives like Reps. Joe Wilson (R-SC) and Jim Banks (R-IN) who can put the brakes on this terrible idea.

Leave it to Congress to sneak a provision in a bill that harms small business right when they need the most relief and help from politicians in the federal government.