Dionne, Denial, and Deplorables: The Washington Post at the Dawn of the Trump Age

Brian Birdnow
|
Posted: Nov 22, 2016 12:01 AM
Share   Tweet
The opinions expressed by columnists are their own and do not necessarily represent the views of Townhall.com. 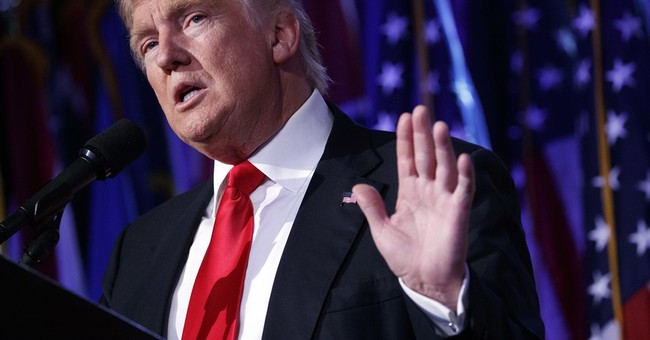 As we all expected, the Left has come unglued as the election results solidified, and as we now know Donald Trump will be the President of the United States. Actually, it is open to question which proposition bothers the liberals more. Are they disturbed that Trump won the presidency, or are they simply crushed that Hillary lost? In either case, we knew that there would be bickering, finger-pointing, and recriminations, and these things have begun in earnest.

Last week E.J. Dionne, the noted NPR commentator, cafeteria Catholic, and Washington Post op-ed commentator took to his soapbox to vent his anger over the election results. He assured his readers that the piece was “…not a form of liberal denial” and then he promptly denied that the results meant anything. In Dionne’s view Hillary Clinton actually won the election. Like many of his liberal brethren he discounts the electoral college, which he recently called “horribly antiquated” in a different column. He says, that pointing out that Hillary actually won the popular vote is essential to building a bridge against right wing triumphalism. Boy, he is taking this pretty hard, isn’t he? He also says that this important so that we can remind “…our daughters that most Americans stood with them on Election Day.” The most up-to-date election results as of November 18th, showed Hillary Clinton with 62 million votes, comprising 47.9% of the electorate and Donald Trump with slightly under 61 million votes, comprising 47.1% of the electorate. Most analysts have suggested that there were roughly two million votes cast illegally, which almost certainly benefitted the Democratic candidate. So, Clinton and Trump ended in nearly a statistical dead heat. Even if one concedes Hillary a plurality of the popular vote any total of the results would show that adding the Green vote, the Libertarian vote, the Constitution Party vote, and all of the splinter parties to the GOP total we see that a clear majority voted against the Democratic candidate, Hillary Rodham Clinton.

Dionne next declared that “…the emerging political coalition that elected President Obama…maintained its national advantage, as the popular vote shows.” What the popular vote shows is heavy Democratic majorities in New England and the Middle Atlantic states, along with the Pacific Coast, but a GOP trouncing of the Democrats everywhere else. The final tally will show about 2,600 counties voting Republican and around 600 voting Democratic across the nation. Dionne then blames the loss on the usual suspects. He claims that “…an onslaught pf partisan congressional investigations, Russian meddling, and the last-minute political intervention of the FBI” for foiling Hillary. One supposes that Dionne believes that the aforementioned agencies should have ignored evidence of Hillary Clinton’s lawless behavior? As for Russian meddling in the US election this should be investigated, but where was Dionne when the Russians were openly working for the election of Democratic candidates back in the 1980s and 90s? Finally, the “FBI worked for Trump” narrative is ridiculous on its face. The Obama Justice Department worked extra hard to assure that Hillary Clinton lost the election? That one beggars the imagination!

Later in the piece Dionne darkly warns of “…the vast power that was arrayed behind Trump because it is the power that must be resisted over the next four years.” What power might he be referring to here? It cannot be the power of the mainstream media who were all-in for Hillary, as was expected. He could not be talking about the power of money. The Clinton cash machine raked in well over $2 billion in donations, and had many front organizations supplying soft money in uncountable totals, while their candidate, presumably with a straight face, inveighed against the power of money in politics. The power that Dionne warns against was 60 million voters, mostly working and middle class types, socially conservative and patriotic, who voted against the Washington status quo, if not all enthusiastically for Trump.

Dionne does rightly warn his fellow liberals that they will have to win back this working class. He says, “Obama’s base was made up of Americans of color, the young, and whites from large metropolitan areas.” This is true but, as he quickly notes and then forgets, the new working class white voters will not be bought off with an old-fashioned economic populism complete with a “soak the rich” rhetoric lambasting the so-called 1%, who became the liberal bogeyman of the moment. The social conservative message in terms of border security, cultural unity, counterterrorism, and general law and order themes drove up turnout in the south and the upper Midwest, and proved crucial to the GOP victory.

Mr. Dionne finishes his piece by returning to, and lobbing a few cream pies at James Comey for investigating the e-mail scandal, and bringing it back to life eleven days before the election. He also chides his fellow media types for credulously believing that this story was worthy of attention. He finishes by bashing the congressional GOP because they “…did all they could to destroy Clinton by spending 20 months pushing this issue.” The response to this accusation is quite clear. Hillary Clinton should not have violated State Department rules, and for Dionne to suggest that there should be one set of rules for mere mortals but none for Hillary Clinton shows what many found distasteful about her. Secondly, when caught red-handed in this matter Clinton should have addressed the issue calmly and truthfully, but she immediately resorted to double dealing, obfuscating, and stonewalling. In short Hillary Clinton was Hillary Clinton and was her own worst enemy.

Finally Dionne finishes with a lament that the republicans succeeded in ruing Clinton, and “…they gave us Donald Trump.” Yes, they did, and Dionne and company will have to get used to this, for at least four years. They can also ponder how they lost a sure thing, and give a thought to their terrible candidate, and maybe their flawed message.