The Sound and the Fury Signifying Nothing? Obama’s Swagger and the Economy 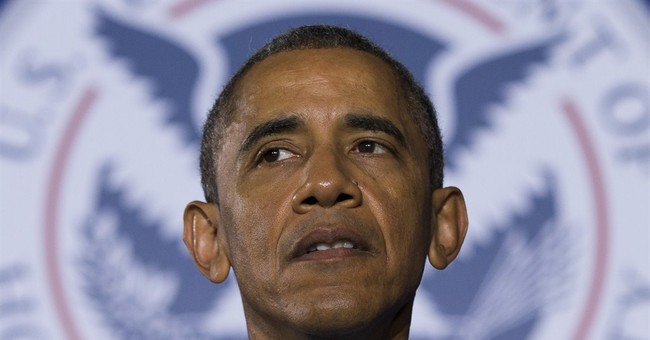 Last week the deep thinkers at the prestige media outlets took to their soapboxes to celebrate the “…suddenly booming economy”, as Dana Milbank of the Washington Post characterized the current state of affairs. Milbank’s colleague E. J. Dionne also cited the supposed great economic news, gave the President fulsome credit, and, echoing Milbank, claimed that this Obama boom has emboldened the President, and made him, once again, the cocky and swaggering fellow the liberal media fell in love with way back in 2007-08. The point of this line of reasoning is to report Obama’s selective recitation of good economic news as fact, also to announce to the public that Obama is ready to rumble with the obstructionist opposition Party, and finally to create an illusion of prosperity that will elect another Democratic president in 2016.

The fact that the media is once again showering adoring press on Obama is not because they have any more or less regard than they ever had for the anointed one. The media is now firing the opening salvoes of the 2016 campaign, and the all-out offensive to elect Hillary Clinton in 2016 is quite clear. The Democratic Party shills, masquerading as journalists, admit that this is so, usually in no uncertain terms. As Mr. Milbank of the Washington Post put it last week, “…the rising economy also bodes well for a win in 2016 by Hillary Clinton, or another Democratic candidate.” Inside-the-Beltway journalists fronting for the dreadful Hillary comes as no surprise, nor is it eyebrow-raising that these mouthpieces should seize on the first scrap of economic good news since 2008 to trumpet as a make believe Obama boom. What is surprising, however, is the plain truth that the Obama economy is not booming, as a cursory look at the business section of the daily newspapers will prove.

Late last week, just as the Washington Post and their brethren up north at the New York Times welcomed the Obama Renaissance a casual examination of the business section of the St. Louis Post-Dispatch, an avid supporter of the Obama Administration, revealed the following:

As the above snippets suggest this “booming economy” talk is largely hot air, since the so-called recovery has proven uneven and tentative, at best. Even the numbers the President cited in his State of the Union address can be challenged and mostly debunked. In his speech Obama claimed, “We’ve seen the fastest economic growth in decades.” The fact of the matter is that, since the recovery began in 2010, the GDP has averaged growth slightly under 2% per year, which is significantly less than half of the growth rate during the Reagan recovery of the 1980s, and considerably less than the rate during the Clinton recovery of the 1990s and the George W. Bush recovery of 2003-2007. The President continued, “…we cut our deficits by half.” This is patently ridiculous. The man who gave us trillion dollar deficits now claims credit for the fact that Congress enforced fiscal discipline and reduced the deficits to $ 500 billion, annually. Obama, today, sent his annual budget message to Congress, asking for four trillion in spending and requesting a boatload of tax hikes. Is this any way to run a railroad?

During the speech Obama also patted himself on the back for, “…a stock market that has almost doubled.” He has made no comment on the markets steep fall last week, and he must have strayed off of the script somewhat since the Democrats have never been big fans of Wall Street and the investor class, anyway. The President then finished his burst of self-congratulation by bragging that “…health care inflation is at its lowest rate in 50 years.” Pardon me for asking this question, but did the President not inform us, when trying to sell the Affordable Care Act that his scheme would save the average American health care customer $2,500 per year? We are supposed to take comfort that Obamacare did not decrease health care costs, but it supposedly kept them from rising faster than they otherwise might have risen. That is not what the President said when trying to sell his plan to a skeptical populace in 2009-10.

Of course, we can point out the half-truths, evasions and outright lies told by the media in defense of their favored son until the cows come home, and it will not matter, because the whole point of these flowery tributes now is to elect a Democratic President in 2016. As many of the journalists note, the Obama agenda cannot be considered safe from undoing unless a liberal Democrat is elected two years from now, and that person vows to continue, or better still to expand on, the work that Obama started. There is ample recent historical precedent for this supposition. When Richard Nixon eked out a Presidential win over Hubert Humphrey in 1968 it was seen as a reaction against the excesses of the youth movement and the ‘60s counterculture, but it meant, in the practical sense that any expansion of the LBJ-HHH Great Society was dead in the water. When George HW Bush defeated the Democratic candidate Michael Dukakis in 1988, the election was seen as an endorsement of the Reagan Revolution, and Bush was seen as the man who would institutionalize the Gipper’s initiatives. Likewise, Al Gore’s loss to George W. Bush in 2000 was read as a rejection of “Clintonism” if there was any such thing as Clintonism beyond petty criminality and girls falling out of every closet. Regardless of that, it is up to Hillary, or Elizabeth Warren, or Bernie Sanders, or Joe Biden to ratify what Obama has set into motion.

Many conservatives, including many now reading this piece thought that Obama winning in 2008 would spare the country the horror of a Hillary Clinton presidency. They had little hope for anything good coming from an Obama Administration, but took solace in the fact that Hillary seemed finished as a serious presidential contender. Now, however, we are told that Madame Hillary, regardless of making a fool of herself on television last summer, is still the smartest person in the world, and is the figure who will institutionalize the Obama efforts. She is said to be the logical successor to Barack The Wise, and the person to continue his successful policies, especially the booming economy. It is too soon to predict November of 2016, but the smart money says that the public won’t be fooled again.