Brian and Garrett Fahy
|
Posted: Sep 27, 2016 12:01 AM
Share   Tweet
The opinions expressed by columnists are their own and do not necessarily represent the views of Townhall.com. 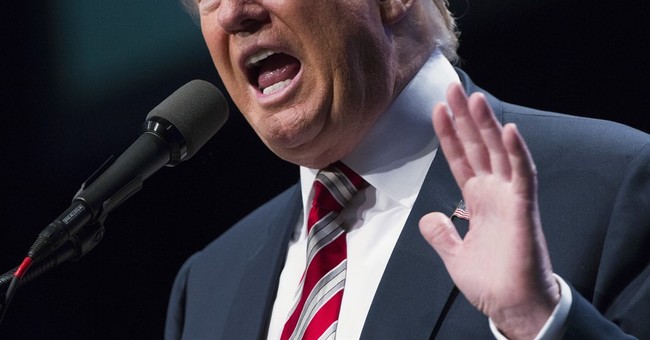 Another police shooting. Another dead black American. Another explosion of racially charged riots and vandalism. The increasing racial disharmony characterizing the twilight of America’s first black presidency (or was that Bill Clinton?) sadly continues unabated.

In this heated election year, every shooting, every violent protest, every injured police officer, every destroyed police car and looted shopping mall invites a political reaction.  Predictably, the racial antagonists and their enablers in the Democratic Party are doing more than Hillary’s emails or Benghazi cover-up ever did to make Donald Trump look sane and electable.

Democrats love racial animosity and strife because they provide a platform to further the Left’s narrative about America: that it is a racist nation, with a racist past, and endemic racism requires permanent, expensive, big government programs for atonement.

So it doesn’t matter if police shootings may be justified (e.g., Michael Brown), communities are destroyed by unjustified looting from out-of-town criminals, police are targeted for assassination, or racial relations never improve. It’s about keeping the struggle narrative alive to justify more race-baiting and racial division.

When Obama said, “if I had a son, he’d look like Trayvon” [Martin], Americans wondered why, just because he is black? Isn’t that racist?  When the White House said on July 14, 2016, the week after the assassination of five Dallas police officers by a deranged black man, that more Black Lives Matters protests were “a good thing,” reasonable Americans shook their heads.

After hearing Hillary Clinton address these issues the last week, it’s evident a Hillary presidency will do nothing to change the dangerous status quo.  Hillary, who is trying to walk both sides of the racial fence – refusing to denounce Black Lives Matter and other protesters while feigning support for police – said of the recent shootings that “we do know that we have two more names to add to a list of African-Americans killed by police officers in these encounters. It’s unbearable and it needs to become intolerable.”

But what if the shooting was justified? The police have released video indicating that the Charlotte shooting victim, Keith Scott, was brandishing a gun and refused to drop it when ordered by police.  Further, the officer that shot the fatal round was black.  And, the chief of the Charlotte-Mecklenberg police, Kerry Putney, is black.

What is Hillary’s position on the shooting in light of these facts? As with so many issues, she is incapable of voicing anything other than myopic, focus-group tested platitudes totally divorced from the reality at hand.  This is because like most on the Left, Hillary panders to emotions and ignores the inconvenient truths.

At the GOP Convention in Cleveland this summer, Trump opened by noting, “The attacks on our police, and the terrorism in our cities, threaten our very way of life. Any politician who does not grasp this danger is not fit to lead our country…I have a message for all of you: the crime and violence that today afflicts our nation will soon come to an end: Beginning on January 20, 2017, safety will be restored.”

He further said, “I am the law and order candidate,” and “when I take the oath of office next year, I will restore law and order [to] our country.”  And he rightly noted, “there can be no prosperity without law and order.”

Trump’s law and order message, buttressed by the endorsements he’s received from Rudy Giuliani and Milwaukee County Sheriff David Clarke, has an appealing simplicity, and with each racial protest, will earn him more supporters. Indeed, it may explain why Trump is up 5 points over Hillary in North Carolina according to a new Fox poll, why the race is tied nationally, and why he recently earned the endorsement of the Fraternal Order of Police.

In this election season, plagued by racial riots, domestic terror attacks and hapless Democratic responses to both, Trump’s message of making America safe again has a powerful resonance. It may be enough to make him electable.