The Wrong Question on Iraq 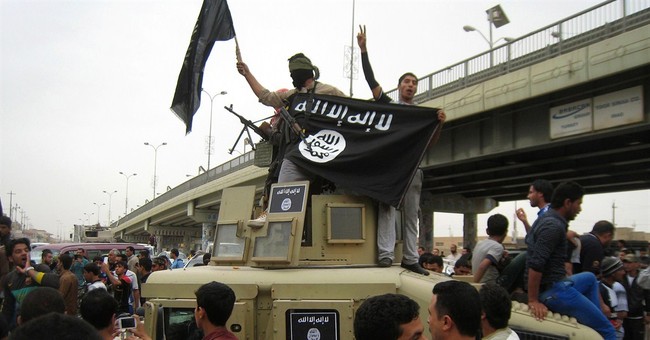 Over the past week, presidential aspirants Jeb Bush and Marco Rubio have been bedeviled by the questions of whether or not President George W. Bush erred by invading and liberating Iraq, and whether they too would have launched an invasion. Jeb Bush, admirably loyal to his brother, has struggled to issue a coherent response to these “gotcha” questions.

Likewise, Marco Rubio was on the receiving end of some pointed questions on Sunday from Fox News host Chris Wallace about his position on Iraq. Senator Rubio said that he too, faced with the intelligence provided President Bush (43), would have invaded Iraq. This is not controversial or even newsworthy.

To that point, every question posed by the media to any candidate in 2015 and 2016, be they Republican or Democrat, that concerns a hypothetical regarding the 2003 Iraq invasion, is a distracting and unproductive one. The more timely and pressing question is this: what would you do about Iraq in 2015 and beyond?

Contrary to the prevailing media narrative, the biggest story of the past few months is not the riots in Ferguson or Baltimore, Jeb Bush’s Paleo diet, Hillary Clinton’s fondness for Chipotle, or the over-abundance of GOP candidates who have no honest chance of succeeding to the nomination or the White House. (Mike Huckabee, Ben Carson, Rand Paul, we’re talking about you.)

Rather, the biggest story is the fall of Ramadi, Iraq to ISIS on Saturday. The fight for Ramadi, the capital of the Anbar Province, was one of the key campaigns in last decade’s Iraq war. The coming fight for Ramadi will, along with the ongoing fight for the Anbar province as a whole, likely prove to be the determinative fight in the next Iraq conflict.

In advance of Saturday’s defeat, the United States had stepped up airstrikes on ISIS targets, and the Iraqi government had galvanized its forces in a concerted effort to wrest control of the city from ISIS. In spite of these efforts, Iraqi troops fled, the city fell, and ISIS achieved its greatest victory yet. By so doing, ISIS has enlarged its territory, energized its followers, emboldened its supporters, and won another victory in the propaganda war.

The fight for Ramadi proved that the Obama strategy, of refusing to send ground forces, of relying solely on airstrikes, of attempting to enlist Iran in the fight against ISIS, and failing to assemble a coalition sufficient to thwart ISIS, has failed. In the wake of Saturday’s devastating loss, the New York Times reported that all security forces and tribal leaders in Ramadi were either killed or fled the city. The lesson is clear: when America retreats, its enemies advance and our allies on the ground will be defeated.

To be clear: we are losing, on all fronts. The Iraqi government, immolated by the vacuum created by President Obama’s troop withdrawal, has failed to control its borders, failed to regulate the militias, out of necessity allied with (our enemy) Iran, and in the last year, has failed to protect the western half of its country from ISIS. Iraq can hardly be blamed for its failure: it relied heavily on the United States to police its borders, regulate the militias, defeat Al Qaeda, train its army and security forces, and keep Iran’s influence in check. When we left, so did any chance of success for the fledgling democracy. The results speak volumes.

Next door to Iraq, in Iran, things are no better. Knowing America is dithering in Iraq (and ostracizing our Sunni allies), Iran is emboldened in its quest for a nuclear weapon. The President appears all too happy to accommodate that quest, without regard to the consequences of a nuclear armed Ayatollah. ISIS will be a truly “jayvee” problem when Iran threatens Israel and the United States with a nuclear weapon.

With every ISIS victory, every diplomatic breakdown, and the continuing rise of Iran, the Middle East descends further into chaos and Iraq inches slowly towards implosion. We have seen the future of Iraq in Yemen and Libya, President Obama’s supposed models of counterterror success. But Yemen and Libya confirm that this administration has no credible strategy for confronting rising violence and instability in the Middle East.

If Iraq implodes – and there is still hope this may not happen – preventing the further spread of the ISIS contagion will require a renewed American presence, and, unfortunately, more boots on the ground. And when the time comes to rescue another state on the precipice of jihadist oblivion, the relevant question will not be: would you have invaded Iraq in 2013. The relevant question will be: will you re-invade Iraq in 2017?