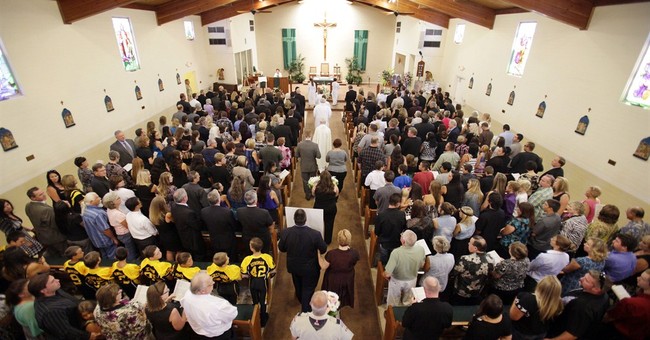 Two recent articles highlight the two biggest challenges facing conservative religious voters and the GOP in 2014 and beyond: how to adapt to and influence a culture drifting leftward on social issues, and how to combat the creeping influence of a prosperity centered worldview.

In a recent Wall Street Journal interview, incoming president of the Southern Baptist Convention’s Ethics and Religious Liberty Commission, Russell Moore, succinctly summarized the demoted status of the Christian Right, noting “we are no longer the moral majority. We are a prophetic minority.” Appropriately, this is a dose of reality with a measure of hope. Conservative Christians, once a dominant force in the culture and GOP politics, now occupy the minority position on key issues: same-sex marriage, same-sex adoption, first trimester abortion rights, and embryonic stem cell funding.

How those in the now moral minority will remain faithful to their doctrines while participating in an increasingly hostile politics is a question to be worked out in churches and at town hall meetings. Religious conservatives have reason to be worried, and to get working.

Last term, the U.S. Supreme Court invalidated California’s Proposition 8 on a legal technicality, and threw out the key definitional provision of the Defense of Marriage Act that limited federal benefits to those in traditional man-woman marriages. This judicial policymaking extends beyond Washington.

Last week in New Mexico, where there are no civil unions or same-sex marriage rights, the state’s Supreme Court ruled that the First Amendment does not protect a Christian photographer’s right to decline to photograph a same sex commitment ceremony. Instead, the court ruled that the photographer engaged in illegal discrimination based on sexual orientation, in violation of New Mexico’s public accommodation law.

This execrable decision highlights the direct conflict between irreconcilable views on sexuality and religious freedom. Those who find themselves on the wrong side of the law will have to choose between their faith and their prosperity. Which brings us to the second challenge: the prosperity gospel.

Writing in the Huffington Post last week, pastor Rick Henderson called out two of evangelical Christianity’s strongest voices – Joel Osteen and Joyce Meyer – for peddling what has been pejoratively called the “prosperity gospel”: the belief that God wants you to be financially successful and will make you so if you’re obedient.

Theology aside, this fight over the centrality of wealth is important because it highlights two false notions. First, it suggests that the church equates the financially successful with the religiously pious. As a matter of orthodoxy, it’s wrong and counterproductive. Second, it reaffirms one of the worst characterizations of the Christian church: that it exists only to enrich itself, or is a community only for the rich.

Politically, the GOP is no stranger to the prosperity gospel. Unfortunately, it is an invitation to further alienation and marginalization from key voters. It not only leaves behind the poor and the middle class, it offers nothing true to those aspiring, nothing hopeful to those who have not succeeded, and nothing to stir charity by those at the top.

Thus, what will undermine the church, over emphasis on financial prosperity, will also undermine the GOP. 2012demonstrated this in the political realm. Mitt Romney, an exemplary man of longstanding church participation and extravagant personal generosity, was tarred as nothing more than the agent for the rich, and lost to President Obama, a man of no meaningful church participation and no demonstrable personal charity.

Center right voters of many faiths fell for the ruse as they heard Obama speak the language of faith and claim to care for those economically left behind. Now the real Barack Obama is revealed as he presides over an economy that has failed millions and seeks to trample religious liberty under the thumb of mandatory contraception funding. This should awaken conservative religious voters of all faiths, ages and income levels.

How the GOP establishment will incorporate this religious faction of its base is an open question. But those who seek to lead the party – Rand Paul, Marco Rubio, Ted Cruz, et al. – must, in order to appeal to both secular and religious voters, be able to cogently address the social issues that are dividing the nation and clarify that the GOP’s prosperity gospel seeks to improve the lives of those at every rung of the economic ladder.