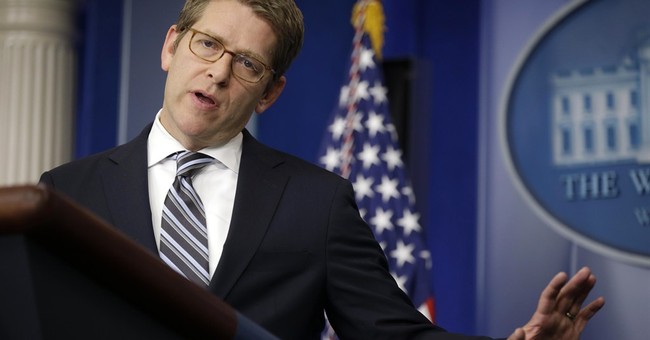 After Wednesday’s remarkable congressional testimony by State Department officials with inside knowledge of the Benghazi attack, it is settled that the explanations for the attack and the American non-response advanced by the Administration and its defenders are false.

In one day, three officials, in minute-by-minute accounts of the terrorist attack, laid waste to the “spontaneous video demonstration” narrative expressed by the UN Ambassador, the Secretary of State, and even the president in the immediate aftermath of the attack.

Thanks to their testimony, we know the following to be true:

Much of this we know thanks to these “whistleblowers.” One lesson of this teachable moment is the inconsistent love shown “whistleblowers” by the Left. The Left loves whistleblowers that fit their narratives – remember Enron? – and shuns those that don’t.

Another is the lack of accountability for national security failures. The Benghazi terror attack resulted in the first murder of a U.S. ambassador since 1988. Yet no senior administration officials have been held to account, and there is no indication we have brought to justice those responsible. Worse yet, in typical Washington “do something after the fact” fashion, a bipartisan commission was assembled and a report was issued.

The official, unclassified report on the debacle, written by the Accountability Review Board (ARB) convened by Hillary Clinton, noted that the attacks were “security related,” diplomatic speak for the attackers carried the weapons already mentioned. The ARB report blamed managers in Foggy Bottom, a lack of security cameras and Diplomatic Security (DS), and diminished institutional knowledge, continuity, and mission capacity. Of note, the ARB report never mentions President Obama or his role in the episode.

Yet all eyes are now on the White House. Unfortunately for the president, Jay Carney speaks for him, and does so poorly. He remarked last week that Benghazi was “a long time ago.” Right. He also noted on Wednesday that he could not respond to live testimony. Maybe he could respond to misleading talking points drafted by the Administration?

Already shown incapable of responding to a live terror attack abroad, the White House is now shown incapable of responding to simple questions from Capitol Hill. The sad fact is that the Administration failed to protect Americans abroad. It now shows equally little regard for uncovering why. Democrats claim the whole congressional inquiry is a political charade. When there is a Clinton involved, there is of course some truth to this.

During her congressional testimony on the Benghazi attack, putative 2016 presidential nominee Hillary Clinton obfuscated by asking, “What difference does it make?” In view of the slain Americans and the many unanswered questions still lingering about how and why this happened in the first place, it makes all the difference in the world, especially since she aspires to be commander-in-chief. America has been here before with a president named Clinton.

On October 12, 2000, Al Qaeda terrorists bombed the U.S.S. Cole in the Yemeni port of Aden, killing 17 sailors. In response, the Clinton Administration did nothing. Emboldened, Al Qaeda hijacked airliners on 9/11, and it changed everything. The Obama Administration is poised to repeat Clinton’s response, and the Democrats again appear poised to sacrifice our national security for political gain. God help us if we need another 9/11 to change everything all over again.