Brent Bozell and Tim Graham
|
Posted: Dec 16, 2016 12:01 AM
Share   Tweet
The opinions expressed by columnists are their own and do not necessarily represent the views of Townhall.com. 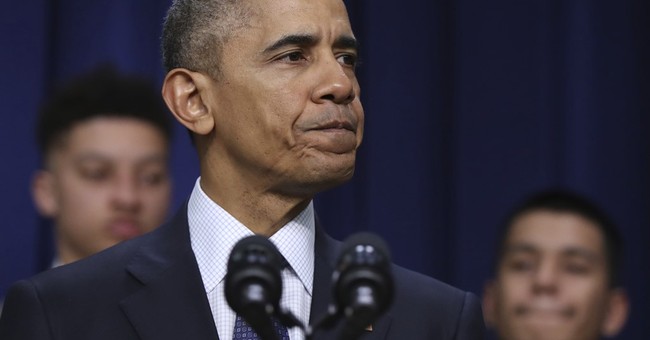 Conservative Twitter wit Stephen Miller unleashed his latest "President Ash Carter" joke recently with regard to the lack of seriousness of the outgoing president. He said: "President Ash Carter has made an unannounced visit to troops in Afghanistan. Barack Obama announced he's going on 'The Daily Show.'"

While liberals complain that President-elect Donald Trump will never be serious enough to be president, or insist that Trump must grant a press conference, Obama is keeping up with his round of adoring interviews with liberal late-night comedians, from Stephen Colbert to Samantha Bee.

The show began with host Trevor Noah apologizing profusely for delaying the president's appearance on his platform. Obama joked: "You guys wouldn't book us. I kept on calling." Noah first asked -- as surrogate for a gobsmacked liberal audience -- about Obama's reaction to the CIA declaring that Russia hacked the election "to sway the election for Donald Trump."

The softball session wrapped up with Noah's tender question on race, since both men are biracial. He said: "It is often difficult to navigate and skirt that line between speaking your mind and sharing your true opinions on race whilst, at the same time, not being seen to alienate some of the people you are talking to. ... You know, because if you are a white person who's speaking about race, then you are just a person who's interested in race. If you are a person of color who's speaking about it, it's like 'Oh, the black thing's starting again.' So the question I've always wanted to know is, how did you navigate that?"

That's a roundabout way of saying: "Talk about race. Go."

Time magazine's Daniel D'Addario actually scorned Noah for going so easy on Obama, saying that it was just a series of Obama speeches. Rambling answers during this pre-taped interview stretched out to be 500 words, with no effort to edit for purposes of trying to make it interesting.

D'Addario remarked: "While the interview didn't need to be an interrogation to be successful, it seemed apparent that Noah had long since ceded control of the proceedings to the President, and was serving him nice juicy pitches over the plate with clear signals that it wasn't going to get any tougher." He concluded that Noah bungled it, saying, "It's a missed opportunity that Noah, as the audience surrogate, seemed quite so intimidated by his job."

There's reason to be intimidated. Liberals have seriously asserted that if Jon Stewart hadn't selfishly retired from his fake-anchorman gig, Hillary Clinton would be the President-elect. In some quarters, Noah is resented for being too unfunny to help destroy Trump.

Critics should have set their expectations low for a "Daily Show" interview with Obama. It's not like Stewart ever grilled Obama. Genuflection was the order of the day during the Stewart era, and it is expected now.

TV critic Daniel Fienberg at the Hollywood Reporter actually praised Noah for barely being present, saying that he "stayed out of his own way," and for helping the president along. "'The Daily Show' gave President Obama one of his best forums since the election and Noah wisely sensed that he was only occasionally needed to progress the conversation," he stated, "and let 'the soon to be former tenant of the White House' steer things."

Obama's insistent request to appear and be honored for a half-hour might have seemed like a gift to Trevor Noah. But it wasn't. It was further proof his tenure at Comedy Central is doomed, just as doomed as the cancelled "Nightly Show with Larry Wilmore." For liberals, Stewart looms over "The Daily Show" like a legend -- the way Obama will loom over the Democratic Party he dismantled.