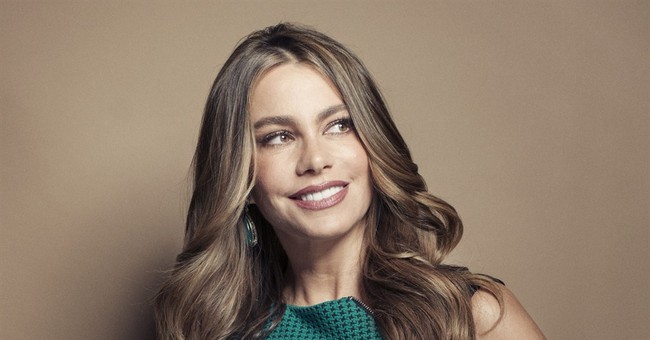 Trending
Sofia Vergara is the Spanish-accented sexpot on the ABC sitcom "Modern Family." She's also now the center of an unwanted controversy over a "modern family." She's fighting with an ex-fiance over two frozen embryos.

Back in 2013, Vergara granted a TV interview to Dr. Oz to discuss her baby-making plans: "I've been very concerned about fertility and I wanted to take advantage of science, so I froze my huevos." She and her fiance Nick Loeb had no success with a surrogate mother on two embryos, and they made two more before the relationship soured.

The current controversy began when Loeb recently wrote an op-ed for The New York Times publicly asking for his test-tube children, with no expectation of joint custody or child support payments: "When we create embryos for the purpose of life, should we not define them as life, rather than as property?"

Were Loeb not the ex-fiance of one of Hollywood's hottest stars, it's hard to imagine the Times making any space for this pro-life argument. Aside from the Times, the media clearly took sides with the more famous half of this duel. The New York Post carried the coarse headline: "It's time for Nick Loeb to STFU about Sofia's eggs."

That ignores entirely the proposition that the father had anything to do with it.

Then the fight moved to television. Loeb was awarded interviews, but was pounded for daring to publicize this issue. NBC "Today" co-host Hoda Kotb told him he should quit: "You each signed an agreement saying neither of you would bring this embryo to term without the other's consent. I mean, it sort of seems like a dead issue at this point."

So why did the "Today" show invite him for an interview?

On CNN, "New Day" anchor Alisyn Camerota also took a prosecutorial stance. "Not everyone [translation: Alisyn Camerota] believes that embryos are lives. Why do you believe that you've already created a life?" She insisted that if he moved on to a new woman, he wouldn't care about these embryos. The pro-life argument must be a desperate con job.

Both anchors lectured Loeb that "there are people [read: both anchors] though, who question your motives, and who question what you're doing." That's an obvious question, but what about the woman's motives?

And what about the media's motives? What really brought this fight into the news was a two-faced media that claim to sympathize with Vergara, but really wanted to exploit her fame for TV ratings and Internet clicks.

These posing female anchors tried to shame the less-famous half of a celebrity couple as a disposable boy toy and attention hound. If the genders were reversed, you can bet liberals would cry sexism.

Feminism demands that the woman is always right -- especially about her career. Vergara has a 23-year-old son from a previous relationship and so it must seem shocking to her media fans that she would surrender to another cycle of parenthood at 42. Why should this one-trick superstar have to make any compromise in her white-hot career right now before it inevitably fades?

No one in the media takes the "ancient family" viewpoint on this mess. Embryos and surrogate mothers in this case weren't based on infertility, but on Vergara's refusal to carry a baby and complicate her hit TV show. Both sides of this mess should have realized that there is no room for "family" in this selfish squabble.