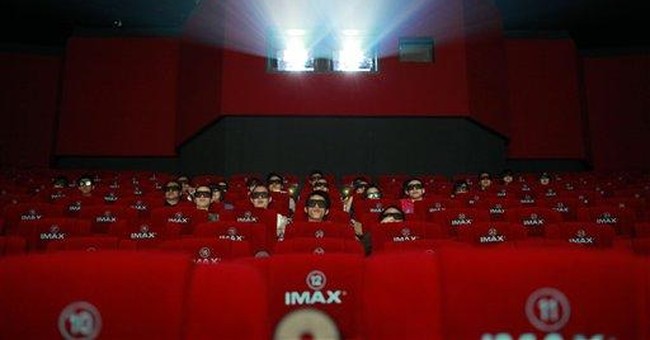 The accountants in Hollywood don't have to believe in heaven to notice the box office numbers on recent movies with religious themes. "Heaven Is for Real" opened in the days before Easter and grossed more than $22 million, coming in second for the weekend, just $3 million behind the latest "Captain America" blockbuster (in its third week). The movie's per-screen average -- $8,895 -- was far above the rest of the top five.

"Heaven Is for Real," like many movies, is based on a best-selling book. It's a real-life story about 4-year-old Colton Burpo and his visions of heaven after an emergency surgery in 2003. Within three weeks of its November 2010 release, the book debuted at No. 3 on the New York Times best-seller list. Eventually, it made its way to No. 1.

Box Office Mojo reported, "Sony targeted their marketing towards Christian audiences, and placed an emphasis on calling ahead for group ticket sales." Stop the presses. Breaking news. There is a Christian audience, and it has wallets that open.

This has happened repeatedly this year.

It happened in mid-March, when "God's Not Dead" opened at No. 4 with a $9 million gross, and then surprised the ticket-watchers by persistently drawing an audience, as it now approaches $50 million at the box office. This comes despite film critics trashing it, and one insisting, "Even by the rather lax standards of the Christian film industry, 'God's Not Dead' is a disaster."

This was not a studio movie, but a production of the Arizona-based Christian company Pure Flix. At the center of the plot is a debate between a college philosophy professor and a freshman student over the existence of God. No, it's not your usual popcorn fare, but there is an audience that surely enjoys the rare occasion of a script strongly striking back at Richard Dawkins and Charles Darwin, offering rebuttal to the usual atheist arrogance of most pop culture products. Interestingly, there is also this: In the corners of the plot are several Christian product placements -- appearances testifying to Jesus by "Duck Dynasty" stars Willie and Korie Robertson, and the Christian-rock band, the Newsboys. Jesus sells.

One can easily see how the word of mouth spreads on a movie like this, when all the people attending the Newsboys' concert at the movie's end are asked to text message "God's not dead" to their friends and acquaintances.

"Son of God" was produced by adding some new footage and re-editing the Jesus sections of Mark Burnett's History Channel miniseries "The Bible." It was released in mid-February and also showed surprising strength, grossing $25 million in its first weekend and a total of $60 million so far. And why not? "The Bible" has become the top-selling miniseries on DVD of all time.

Some have compared these numbers to "Noah," which hasn't lived up to expectations -- especially after the endless hype. But there's a reason it disappointed. Despite the movie's putative inspiration in the Bible, "Noah" isn't a religious movie. The leftist critics were kind, but critics at the conservative Intercollegiate Review panned it as "The Rocky Horror Bible Show," comparing its Noah to a man-hating, eco-maniacal unabomber, and its story as Genesis "rewritten by Cher." It should tell us something that another big-money Russell Crowe movie, "Gladiator," had a nobler view of God and man.