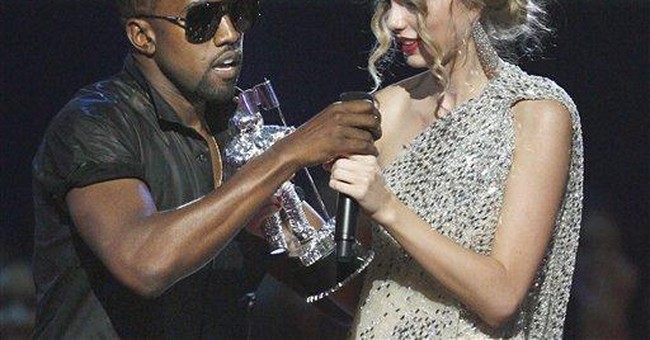 For almost a decade, American news readers have been presented with a litany of complaints from Old Europe regarding how the barbaric United States has surrendered its moral authority by introducing torture into the minds of suspected terrorists during interrogations. Even sleep deprivation and the playing of loud pop music have caused conniptions with these tender folk.

So how are we to greet the French "reality show" suggesting people would be willing to apply fatal jolts of electricity just to get on television? Should we despair at the willingness of human guinea pigs to commit torture on others? Or should we condemn the producers for exploiting an old social-science experiment using maximum sensationalism in front of a studio audience?

In Paris, documentary makers invented a game show called "Zone Xtreme." Recruiters found 80 contestants to participate in this game show. Each of them sat across from a man whose job was to answer a series of questions while strapped into an electrifiable chair. In a game of word associations, the man was told that any wrong answers would merit punishment in the form of electric shocks of 20 to 460 volts, zapped by a console operated by the contestant.

As the actor gave incorrect answers, the show's star, a well-known TV weatherwoman on France 2, exhorted contestants to keep administering the electric shocks and not to bend to the actor's screams of protest. (He would say things like "Get me out of here, please! I don't want to play anymore!") The studio audience also cheered on the torture, yelling for "punishment." The actor would finally stop answering, dying or going unconscious from the shocks.

What the contestants were not told was that this was all fake -- the man was an actor, and there were no electric shocks being administered.

The filmmakers then produced a TV documentary called "The Game of Death" to expose how more than 80 percent of their contestants were goaded to the grisly end of the electrocution exercise. Only 16 people walked away from the game.

Christophe Nick, the maker of the documentary, said he was "amazed" that so many participants obeyed the lethal orders of the game-show host. "They are not equipped to disobey," he told the wire service Agence France-Presse. "They don't want to do it, they try to convince the authority figure that they should stop, but they don't manage to."

The format was a copy of a controversial fake-electric-shock experiment by Yale professor Stanley Milgram in the early 1960s. Milgram also made a documentary to underline how more than 60 percent of his subjects obeyed orders by a scientist to the very end of electric shocks. His experiment became famous, since it was conducted at the same time as the trial of Nazi war criminal Adolf Eichmann.

But his was an experiment. This was a performance.

AFP found critics of the French show, including psychologist Jacques Semelin, who found "elements of manipulation from the start ...They are obedient, but it's more than mere obedience -- there is the audience, the cameras everywhere." He pointed out that the participants signed a contract obliging them to obey the host's instructions, rendering this "experiment" fraudulent from the start. "I was afraid to spoil the program," said one contestant highlighted by Nick, whose grandparents were Jews persecuted by the Nazis.

It's one thing for people to refuse orders from an authority figure. But in a free country, the most imposing authority to the average citizen is the power of television, especially its power to promise fame and fortune.

Would it be fair now for America to suggest the French shouldn't lecture anyone else on moral superiority? Yes. And no. Washington Post TV critic Lisa de Moraes reminds readers that American "reality" TV manufacturers have literally pushed their plots to the point of death. MTV -- our kings of sensationalistic sleaze TV -- once created a show about addiction called "Gone Too Far." But there's a reason it never aired. Producers pressed their host, Adam Goldstein, to buy a crack pipe because they wanted the footage. Goldstein, a recovering addict who said he'd been clean 11 years, was found dead in his apartment three days after shooting ended on the show last August. Police found a cocktail of crack and prescription drugs in his system and a crack pipe in his apartment.

The Post critic couldn't find anyone in Hollywood to comment on the French experiment. She joked they were too busy fighting for the rights to create this spectacle in America. Then one unnamed executive called back and said he told a reality-TV producer he thought "it would make an interesting reality series to re-create some of the more bizarre social-psychology experiments." But it looks like Old Europe just beat America to the punch, that's all.

As Domestic and Foreign Crises Rage, Biden Called an Early Lid
Townhall
Gas? Transportation Secretary Pete Buttigieg asks what we're waiting for, gets his answer
Twitchy
We Don't Have a President
Redstate
Yes, Biden Is Swindling Americans: White House Staffer Lets the Cat Out of the Bag
PJ Media