The Year of Media Freakouts

Brent Bozell and Tim Graham
|
Posted: Dec 27, 2017 12:01 AM
Share   Tweet
The opinions expressed by columnists are their own and do not necessarily represent the views of Townhall.com. 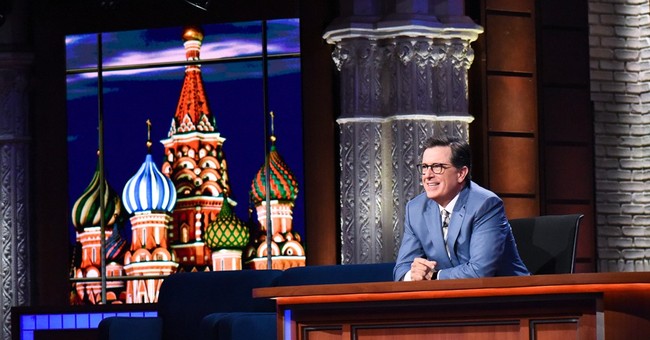 The year 2017 unfolded into a massive surprise to liberals, who fully expected that before Christmas we would (a) all die in a nuclear war over President Donald Trump's tweets or (b) be swearing in President Mike Pence after Trump was impeached or petulantly quit because the news media were full of meanies.

More than ever, the media see themselves as valiant tellers of truth. More than ever, thanks to the man to whose destruction they are committed, most Americans peg them as emotionally intense -- putting it nicely -- leftists.

As the year began, Barack Obama exited the national stage. His ultra-liberal reign ended almost exactly as it began: with weeping over his wonderfulness -- literally. Take NBC's now-disgraced Matt Lauer, who said on Jan. 13: "President Obama surprising his vice president, Joe Biden, with the Presidential Medal of Freedom. ... So I'm glad there were no cameras in my apartment yesterday 'cause I was sitting there just weeping. I just burst out crying when I saw that moment. It was incredible." Oh-so-sensitive Lauer was exposed as a crude alleged subordinate-pawing sexual harasser and fired in late November.

MSNBC's Chris Matthews still has chills and thrills up his leg over Obama. He asked rhetorically on Jan. 18: "Is there a husband, a father, that we would wish more as a model for our sons, for our sons-in-law to have and raise our grandchildren? Is there anyone who carries himself better in word, in sentiment, in temperament, in optimism?"

In equal measure, they cannot stomach the fact that Donald Trump is president. Matthews came seriously unglued on Inauguration Day. He thought Trump's son-in-law, Jared Kushner, was already on his way out. "It's hard ... to fire your son-in-law," he declared, "but Mussolini had a great solution to that. He had him executed." Rachel Maddow replied, "Jesus, Chris!" Matthews added, "So if I were Jared, I'd be a little careful."

CNN anchorman Don Lemon couldn't hide his feelings after Trump's Aug. 22 speech in Phoenix. "He's unhinged," he said. "It's embarrassing -- and I don't mean for us, the media, because he went after us, but for the country. This is who we elected president of the United States? ... There was no gravitas. There was no sanity there."

The folks at PBS (When will Republicans ever defund this mockery of journalism?) thought Trump's crazy religious backers had distinguished ancestors. NPR host Kurt Andersen declared that America's Founding Fathers were "a theocratic cult of religious nuts" in an interview with then-PBS host Charlie Rose. Rose could only respond: "Right. Right." That is why no one will miss Rose, who always had a soft touch for liberal guests and a tight squeeze (or, some say, an open robe) for his female employees.

Let's close with the late-night comedians, who double down on the media's arrogance. On CBS, Stephen Colbert told the president: "You're the glutton with the button. You are a regular Gorge Washington. You are the presi-dunce, but you're turning into a real prick-tator." He added, "the only thing your mouth is good for" is acting as a holster for Russian President Vladimir Putin's penis.

That's how classy 2017 was, because there's one thing at which liberals feel they excel: unifying the country with civil discourse.