Brad Slager
|
Posted: May 11, 2022 5:15 PM
Share   Tweet
The opinions expressed by columnists are their own and do not necessarily represent the views of Townhall.com. 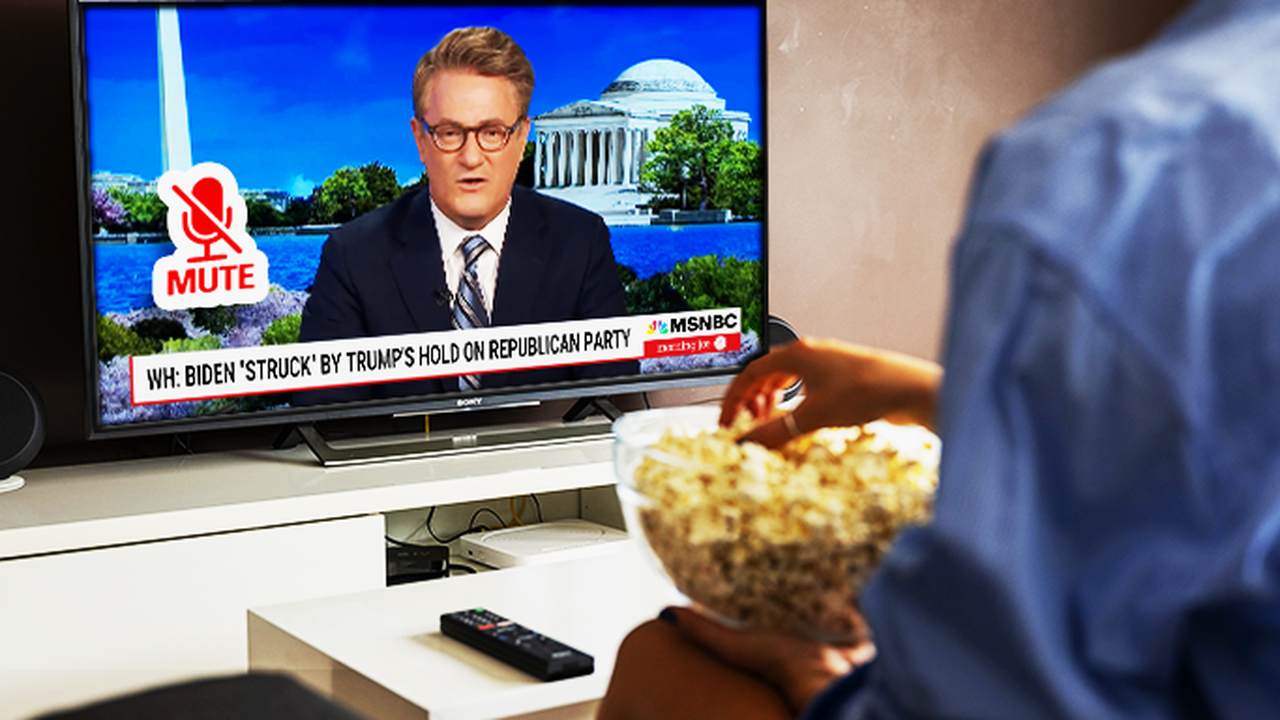 There is a glaring dichotomy of opinion in the U.S. media landscape today, one perfectly displayed on "Morning Joe." In regards to what is happening in Russia, most are in agreement that Vladamir Putin has a disturbing amount of force being applied to Russian media outlets in order to maintain his narrative over his invasion of Ukraine. The morning show spoke with Tikhon Dzyadko, a journalist who fled Russia when his online news outlet was targeted by Putin.

All the concerns over this type of clampdown are valid, and yet at the same time, the media complex seems perfectly at ease with Joe Biden setting up a Disinformation Governance Board to control disinformation and control the narratives in this country.

Let's understand what is being said --

The new government office set up to oversee and control messaging on behalf of the state is allegedly coming under fire for not putting out proper messaging.
If they cannot even get their own propaganda straight...https://t.co/I4NN9P9hVa

The Washington Post is having a rough go of it lately. The home outlet of Taylor Lorenz recently touted the need for abortion by suggesting black market pregnancy-terminating drugs are easier to obtain than birth control and reported on a recent event in D.C. at the office of the Virginia Attorney General. Someone shot at the office, but for reasons known only to the editorial board, their coverage was remarkable in distancing from any type of normal assessment of the violence.

It would appear as if the bullet acted of its own free will, according to the paper. Also curious was the need to make it seem as if anyone shooting up the AG's office is normal business in D.C.

- From time to time, gunshots have been fired into houses or other buildings in the Washington area, intentionally or accidentally.

Yeah, AG Justin Miyares, suck it up and get over yourself – this is what life is like in the Beltway area!

In a cement-headed serving of obliviousness, the paper turned over op-ed space to a senior from George Washington University to allow for some racial grievances. The tired call to have our Founders stripped of relevance in recognition is trotted out, and there is the call to rename the college to move away from the hateful and intolerant father of our country.

It just leaves you with the pondering thoughts about what the very newspaper this screed appears in will also be renamed as a result.

The White House Press Secretary, Little Red Lying-hood herself Jen Psaki, is fleeing this coming Friday, but preceding her departure was one of many of Kamala's staffers. Symone Sanders jumped ship for MSNBC in December, and this past weekend she began her run on the network. It was not an overwhelming premiere.

- "SYMONE SANDERS' new show on MSNBC debuted this past Saturday. And while weekend ratings have been soft across the board for the network, her show has its work cut out for it. Sanders' Saturday debut was third behind competitors at CNN and Fox, and one of the lowest-rated shows on the network all day in total viewers."

Some massaging of the numbers was needed to show while this was not a success, it was not a complete failure – just a majority failure.

- "Still, she out-rated other afternoon and evening news shows on the network among viewers ages 25-54, which is considered the most important demographic for television advertisers."

Both Kinds of Standards – THE ATLANTIC

Chalk it up to bad timing, maybe, but as Tim Alberta pens a lengthy diatribe about how wrong it looks for churches to politicize things from the pulpit (he provides all of two examples of this widespread problem), it gets blunted by recent news.

Just ahead of his piece coming out, we were treated to stories of pro-abortion activists protesting inside churches this weekend.

What happens when a spiritual identity becomes a political one? @TimAlberta writes on where the evangelical movement is now and who it’s fighting against. https://t.co/Rz1L6YRLyq

There is a story swirling out of Tallahassee that a major state politician could be embroiled in a scandal involving the sexual harassment of a university worker who was fired after being approached. State Representative Ramon Alexander is angling for a top position in the legislature, but a case is being brought out that an athletic official at FAMU was fired in January and suggests this was a result of being groped and petitioned for a sexual relationship by Alexander. The man even provided phone messages of Alexander sending sexually explicit content and requested he come to Tallahassee to have sex in Alexander's office chamber.

Peter Schorsch, the publisher of Florida Politics, stated his political news outlet will not report on the political figure, avoiding political fallout.

.@Fla_Pol will not be publishing any photos, videos or whatever. FP will give Rep. Alexander the space and privacy his family needs at this time.

Hoping the rest of the #FlaPol media world will do likewise.

The Democrat-friendly publisher showed no such reserve when it came to Matt Gaetz, however. This, despite Gaetz being accused not by a particular victim but by a former associate who is in legal trouble and hoping to get Gaetz in trouble in exchange for leniency.

This you? cc: @ChristinaPushaw pic.twitter.com/9a0l2dC3cG