Brad Slager
|
Posted: Mar 22, 2022 1:35 PM
Share   Tweet
The opinions expressed by columnists are their own and do not necessarily represent the views of Townhall.com. 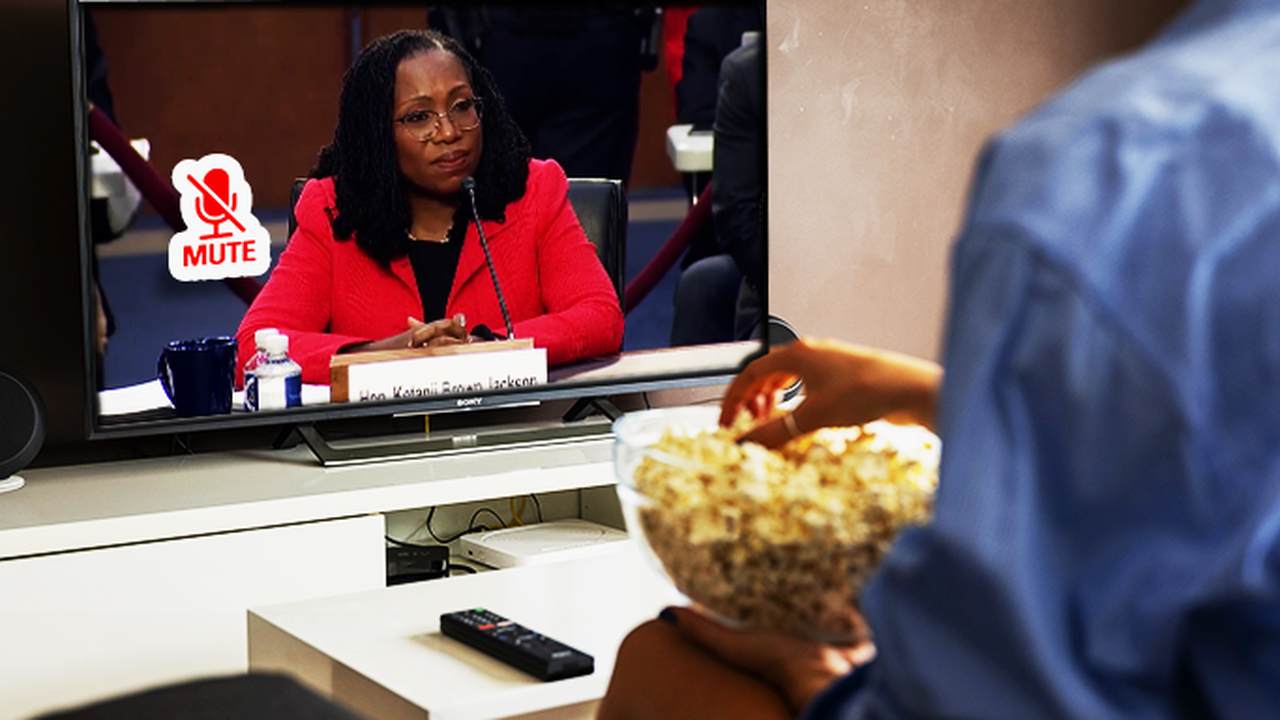 After the Missouri senator sent out a lengthy Twitter thread describing KBJ's soft record against pedophiles and sexual assault thugs, the White House sent word out this weekend on how it should be interpreted.

"Many" has proven to be more than accurate.

VOX - "The senator's misleading accusations can be broken down into three parts."

YAHOO NEWS - "Multiple independent fact checks…have all found his claims to be misleading and devoid of context."

"Meet the Press" host Chuck Todd can be counted on for a couple of things; always insisting there is no bias in the press and proving his claim completely false. One of the prevailing themes in his show is how particular events are affecting the Democrats or how the Democrats should react to those events. The GOP, meanwhile, is rarely granted Todd's guidance.

This week's confirmation hearing of SCOTUS nominee Ketanji Brown Jackson is right in line with his methodology. On her possible confirmation, here is Chuck's read on the issue, issuing concern Biden may not benefit properly.

Re hearings for Judge Ketanji Brown Jackson, “it feels like it’s going to be an afterthought” of a news story this week, @ChuckTodd fretted: “Does that hurt President Biden politically because he doesn’t get, sort of, a little bit of an afterglow?” #MTP pic.twitter.com/8482JZKB4I

Now, contrast this with the prior SCOTUS hearing, where Todd looked at Amy Coney Barrett and issued similar concerns - also for the Dems.

- "Chuck Todd says though some Democrats would like to delegitimize or boycott the process of Amy Coney Barrett's confirmation, it will take away from pressing issues that could potentially help with swing voters. 'If you make the centerpiece of your argument process, then you don't get to litigate the issue of health care, litigate the issue of abortion rights, so that's the dilemma here.'"

In their attempt to race the Miami Herald to the bottom of the Florida media sewer, the Sun Sentinel has been on a strong effort in 2022 to injure Governor Ron DeSantis. That the paper fails so consistently makes it a sure bet to pass the Herald, the former crown holder of inaccurate hit pieces. In their latest attempt, the paper can also be accused of employing gaslighting of the lowest order, as you get the sense they are trying to delude themselves.

After a lengthy segment of praising the effort to recast the parental rights legislation as the "Don't Say Gay" bill, the best is the paper eventually gets around to the facts – it did not work in the slightest. The bill passed the legislature and is awaiting a signature from DeSantis. But this is not reduced to a shallow victory, with passage only achieved by a partisan legislature. The Sun Sentinel had to admit to another core truth in the result.

- "Message win, legislative loss - Opponents lost the big battle over the legislation, which DeSantis is all-but-guaranteed to sign into law. A Morning Consult/POLITICO nationwide poll this month showed 'banning the teaching of sexual orientation and gender identity from kindergarten through third grade' was supported by 50% and opposed by 34%. A University of North Florida poll in February showed 49% of the state's voters disapproving and 40% approving of the legislation."

A new radio station launched last summer in St. Louis – NewsTalkSTL, 91.3FM. It is a conservative talk format with many voices from the local market, as well as a few national programs, such as Dan Bongino's syndicated show. Right away, the station encountered pushback from the social media overlords.

Soon after their debut, the station saw their promos taken down by Facebook – cuts which were just standard "Get to know us" type of promotional ads. In the ensuing months, NewsTalk STL encountered suspensions of the video streams of their programs on YouTube, citing dangerous medical misinformation. (Read: Daring to explore topics outside the approved COVID narrative.) In the latest move, the station received notice that YouTube was permanently suspending the station from the platform due to "severe or repeated violations," with no direct notice of what those violations had been.

NewsTalk STL has been permanently removed from YouTube ??
We knew this day would come eventually. As of this morning, we no longer have access to our channel and it has been taken down from the platform ????
Read the email they sent us below:https://t.co/dQ5eli1npq

The episode of collegiate trans swimmer Lia Thomas continues to be a cause the national media wants to force-feed on the public. The continued insistence that Thomas HAS to be recognized as a female, as Lia wins races by one-and-a-half pool lengths, has been a thorny issue, as it has been female athletes and women's groups opposing this new standard.

In the effort to sell this story, "The Today Show" has been caught altering an image of Thomas to apparently soften the features. In a shot of the swimmer in the pool used for their report, there is clearly a large amount of post-filming alterations done on the photo, as many people have noticed this and provided before/after images to expose the subterfuge by "Today."

NBC's @TODAYshow is accused of using a heavily airbrushed photo of transgender swimmer Lia Thomas, formerly William Thomas, in its coverage of her. https://t.co/ekRIAsZMK6

As Ketanji Brown Jackson is going through the expected grilling that is the process of Supreme Court confirmations, the press is acting as if being submitted to such a process is unique and distasteful.

ComfortablySmug noted how Jennifer Bendery is trying to be dismissive about the effort to have her name attached to activist outfits, even as she was just fine with this move when Amy Coney Barrett was supposed to be tied to such a group.