Brad Slager
|
Posted: Aug 04, 2021 12:01 AM
Share   Tweet
The opinions expressed by columnists are their own and do not necessarily represent the views of Townhall.com. 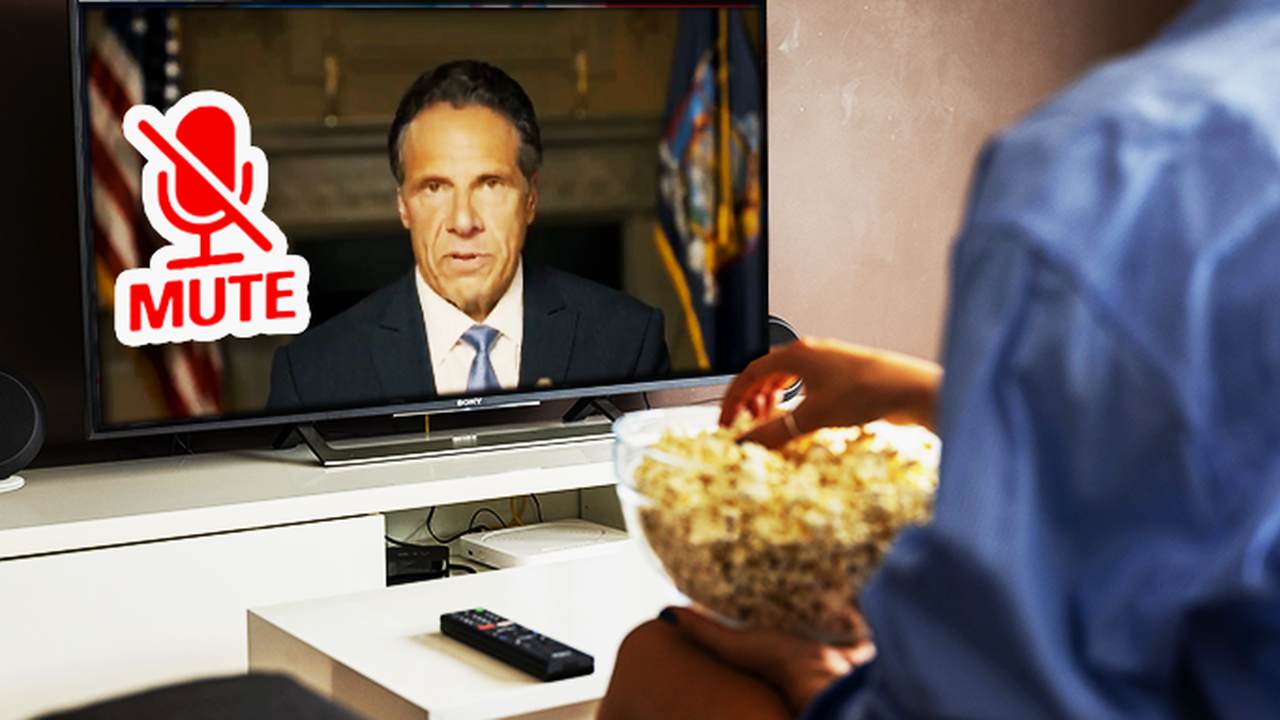 Over at CBS, they reported on the new proposals from New York Mayor Bill de Blasio on addressing the new surge of Covid cases. Basically, his solution is to impose new mandates and controls on citizens, clamping down on freedoms and restricting liberty. This, he says, is being done in order for citizens to experience freedom once again.

"I want people to get vaccinated to feel they can live life fully, have freedom," NYC Mayor Bill de Blasio tells @CBSThisMorning of new city vaccine policy. "The reward of vaccination is freedom. If you don't get vaccinated, you're going to be left out." https://t.co/qlup31XGjS

Most notable in the CBS report is the lack of recognition that his proposal is a complete contradiction. Also lacking is any critique of his plan or a presentation of a differing approach – even when his very quotes are a complete paradox.

- "This is a miraculous place, literally full of wonders, and if you're vaccinated, all that's gonna open up to you. You'll have the key, you can open the door. But if you're unvaccinated, unfortunately, you will not be able to participate in many things," the mayor said.

Freedom, via government mandate. Nothing for CBS News to question whatsoever.

I'm sure there are people who care about the latest Hollywood luminary to get body ink. I'm not sure why they are interested, but I'm sure somebody cares. I mean, why else would CNN feel the need to report on actor Jonah Hill showing off how he recently got a new tattoo that is the corporate logo of the wetsuit/surfing line Body Glove? Now your life has become edified with this knowledge.

Marco Rubio posted a 90-second video where he was criticizing the new fetishism over masks. In it, he says if people want to wear a mask for a number of reasons, they are free to do so, but we are not going to mask our way out of this. He closes out this clip by saying quite flatly – "The answer here is vaccines. Get vaccinated. That's the answer."

This is a really perfect example of the constant triangulating cowardice and whataboutism that's infected the entire party and movement. He can't just say "Hey get vacccinated!". Have to find some way to own the libs. https://t.co/EicK2cQspQ

Leave it to the pathologically-obsessed Max Boot to see the mushroom cloud of evidence and media response to the Andrew Cuomo revelations and see what the real problem is – all of this focus on his extensive wrongdoing could distract away from any discussions of Donald Trump!

Well, not to worry, gang, because Max has the deft touch needed to take a story that has absolutely nothing at all to do with the former president and then segue seamlessly back onto the proper subject.

With the explosive news yesterday of the attorney general's report on the detailed accounts of sexual harassment involving New York Governor Andrew Cuomo, the press has been on fire with coverage. Except for one program. His brother's show "Cuomo Prime Time" completely evaded any mention of the erupting scandal. This is due to what happened months back when it was learned that Chris was working directly with the governor's team in crafting his defensive messaging.

That revelation led to apologies from Chris and the network declaring he would no longer cover his own brother, but otherwise, no other recriminations were handed down. Now, yesterday's report shows that Chris was actually writing portions of Andrew's official responses and possibly the entire press releases. Still, the network has taken no action, and Cuomo staged his hour-long program last night without ever mentioning the news. Yet as Brian Stelter noted (while sidestepping Chris' involvement), the Andrew Cuomo topic has been discussed on the Sirius radio show hosted by Chris. This makes his silence on the air all the more glaring and CNN appearing all the more irresponsible by allowing him to continue.

On the air, Chris has sounded protective of his brother at times; bitter about the political warfare at other times; and detached from it at other other times. Overall, I'd say, he sounded realistic about life as a member of his famous political family. https://t.co/2IxpD2untp

Chuck Ross detailed another component of the Cuomo scandal yesterday, explaining some of the activity from the governor's office. Ross notes that there was a defensive move made with some scathing information released about Cuomo accuser Lindsey Boylan. The distasteful move is not all that surprising in politics, but this presents yet another unforeseen problem for CNN.

Ross indicates that the oppo-research was sent to major outlets like the AP, The New York Times, and the New York Post, but CNN is not mentioned. This would possibly indicate that CNN – via Chris Cuomo – was either already made aware of the details and possibly was not sent because it could have been written by Chris as well. This is the kind of speculation the network is inviting upon itself.

Top Cuomo adviser @RichAzzopardi sent an oppo file on Cuomo accuser Lindsey Boylan to a whole bunch of journalists, including at the AP, NYT, New York Post, The Hill. pic.twitter.com/49JplyWR7j

Reporting On The Mirror – THE NEW YORK TIMES

When Harvey Weinstein was outed years ago for his sexual rapaciousness, some of the first rumblings heard out of Hollywood was that his behavior had been an open secret in the industry for some time.

In a reflective fashion, Maggie Haberman tipped her hand that this may have been similar in Andrew Cuomo's case. When that AG report dropped yesterday, she seemed quite shocked by the news.

This press conference and the report are way, way, way more detailed and damning that many in press and among Dem operatives expected. What happens now is unclear - ball is in Heastie's court.

This would indicate that there was a certain level of expectations in the press regarding Cuomo's behavior, and that up to yesterday, there was not all that much interest from journalists. For them to be this surprised by items that have been widely speculated and reported on in growing fashion this year displays the abject lack of curiosity from these brave firefighters in the press.

When the damning evidence was rolled out against Andrew Cuomo yesterday, many in the press wanted to clear those who were culpable. At CNN, Chris Cillizza was more than happy to dive into clean-up duty, attempting to display how the Democrats had, in fact, been on top of this issue.

Remember that the vast majority of the New York Congressional Democratic delegation -- as well as both sitting U.S. Senators -- have ALREADY called on Andrew Cuomo to resign...

A couple of things, Chris.

First, the last time anyone heard these words of condemnation from the state Democrats were around five months ago.

Second, saying things is barely a sufficient mode of action. There were numerous Democrats who took a stern talking point position with Virginia's Ralph Northam, a man who currently remains ensconced in his office. Cuomo was likewise excused, and those who permitted it actually look worse as a result of this AG report.

There is probably no better description of the excuses made on behalf of Governor Cuomo than a patented Drew Holden Thread™ that lays out all of the media affection for the man.

??THREAD??@NYGovCuomo thinks he can survive the bombshell report about his sexual misconduct from his own state AG because lots of corporate media outlets have worked hard to deceive the country into thinking Gov. Cuomo is a hero.