Brad Slager
|
Posted: Jun 10, 2021 12:01 AM
Share   Tweet
The opinions expressed by columnists are their own and do not necessarily represent the views of Townhall.com. 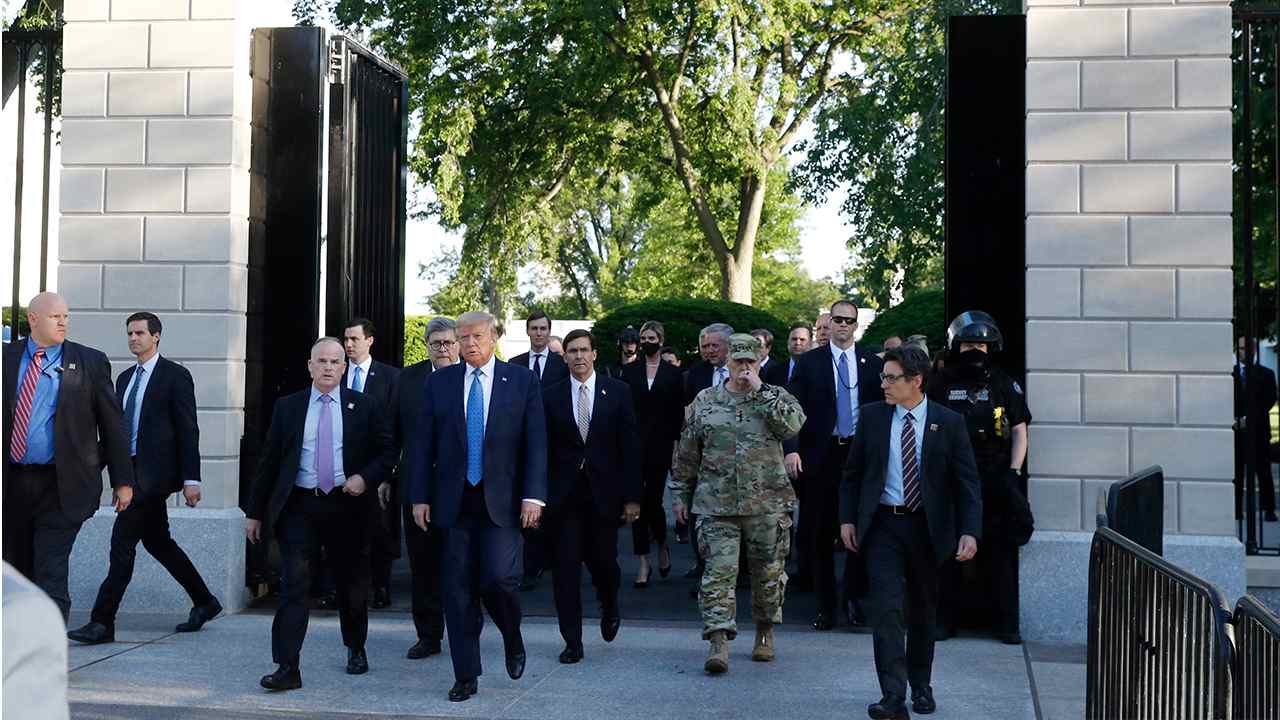 This is Townhall's daily VIP feature, where we will focus coverage on the deeply flawed aspects of journalism in the nation. We'll look to bring accountability to the mishaps, misdeeds, manipulations, malpractice, and manufactured narratives in the mainstream media.

The big news yesterday was the release of the Interior Department inspector general's report looking into the matter from last summer where police clearing out protestors from Lafayette Park in Washington, D.C., coincided with Donald Trump's appearance at the recently attacked St. John's Episcopal Church. Well, maybe not "big" news, as many outlets cannot abide by this investigation that has ultimately proved them wrong.

JIM ACOSTA - "As I read the report, you wondered if [the IG] was auditioning to become inspector general at Mar-a-Lago. This was almost a whitewash..."

JOE SCARBOROUGH – "This is the bigger story – that Donald Trump did go across...there were a lot of things that obviously made June the 1st deeply disturbing..."

KEN DELANIAN – "A narrative we thought we knew is not the reality."

WHITNEY WILDE (CNN) – "Other government agencies have undertaken separate reviews of the law enforcement response to protests last summer, which could offer a fuller picture of what happened that day."

THE DAILY BEAST – "Inspector General made the bombshell claim that peaceful protesters were tear-gassed so contractors could install new fencing."

Just for the sake of perspective, this IG conclusion actually mirrors news reports which were known one year ago, essentially proving out the events. The major news outlets preferred to run with the smear on the president.

First on WTOP: U.S. Park Police is explaining its decision-making in clearing Lafayette Square, at least 20 minutes before DC's 7p curfew, on night 4 of protests....

Joining in on the denial train was Mr. Bump, commenting on the former president on the matter because that is compulsory. Really, Phil? He "seized"?!

Trump seized upon an IG report about Lafayette Square as an exoneration. But key questions remain unanswered. https://t.co/ZfKGlqFeTd

The revealing aspect in all of the revisionist reporting taking place these days is not how the press puts a focus on improving things or works diligently on correcting the record. No, when it comes to these major errors in their reporting, they are actually quite bothered that people have noticed! Point out the misinformation being delivered and the reaction is rather similar to a "Well, how dare you!" type of outrage.

Displaying this perfectly is Jonathan Chait in a lengthy missive addressing the newly reopened case of the Wuhan viral lab leak. Or, more accurately, he is not addressing it at all; his piece is entirely based on selling the concept that getting the leak coverage completely wrong does not matter.

Maybe, but what is avoided is how the press declared, definitively, that the story was disproven. Then later, he delivers the laugh-out-loud assessment of things.

The admission of failure is the entire issue, Jonathan. The most accountability we have seen in the press on this story has been they got it wrong, but it was Trump's fault because they reflexively opposed anything he said. The press, you will note, does not garner the label of "Liar" in this instance. They merely got it wrong.

Jennifer Jacobs is on the White House beat, and when she caught sight of Jill Biden on Air Force One occupying the role of her elected husband, she ended up swooning in the same manner as a fake reporter at a Mexican press conference.

A rather presidential-looking FLOTUS photo, taken aboard Air Force One.

Jill Biden will represent the US alongside President Biden at the G7 summit this week. https://t.co/V9hU1nMSO9

For whatever reason, the MSNBC morning hostess insists on displaying her lack of a functioning knowledge of basic business practices. Recently she mocked businesses that could not pay vastly higher wages and remain competitive. She should check in on Chipotle to see how that is going.

Now, her latest defense of the Biden administration involves mocking businesses struggling to lure workers back into the employment strata. She needs to ignore, of course, how in West Virginia this was proven correct when the governor cut off the benefits and saw people streaming to his companies looking for work.

To every restaurant owner who “can’t find workers bc people are getting paid too much to stay at home”...please join me on @RuhleOnMSNBC to discuss how you spent both rounds of FORGIVEABLE PPP loans & the $28+bn being distributed from American Rescue Plan.#paymore

In response to the speech given to the American troops in the U.K., Wallace could not be more fawning. "It's impossible to miss the sincerity and the connection between this president and first lady and our troops." She later goes on to describe Biden's speech as having "soaring rhetoric."

Someone maybe should let Wallace know that she does not need to campaign this stridently, as the role of vice president has already been filled.