Brad Slager
|
Posted: Apr 07, 2021 11:15 AM
Share   Tweet
The opinions expressed by columnists are their own and do not necessarily represent the views of Townhall.com. 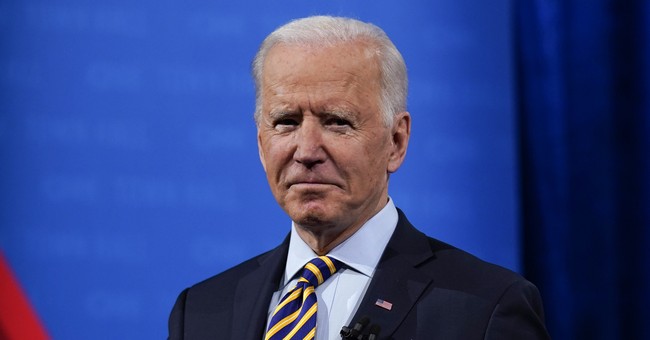 President Biden’s proposed infrastructure spending plan has raised a number of questions around D.C. "What?" might be the most common one in reference to curiosity in his proposal. "How much?" is another frequently asked question as this is a constantly moving target, with $2 trillion as the baseline spending platform for his euphemistically-titled investment program; others are calling for it to rise higher. There is one question mostly going unasked, however, and it is one that is the most revealing.

With a laundry list of items in store for Biden’s dream project -- with everything from trains, electric cars, renewable energy, public transit and retrofitting the plumbing in homes on the list -- one needs to ask a salient question in regards to this lead-pipe dream. Whatever happened to these items when Joe was the Vice President? President Barack Obama had called for many of these similar items when he was president, so the question to ask is "Why do we need these same proposals once again?"

The unoffered answer is those programs were a dismal failure. Back in 2008 President Obama set a goal of 1 million electric vehicles to be on the road by the end of his second term. After the government takeover of some automakers, subsequent government fleet purchases, and a heavily subsidized tax credit for buyers, the sum of new electric vehicles sold by the year 2015 was only 40 percent of his stated goal. Today the consumer market is still avoiding these vehicles, with exceptions being high-end options like Tesla or the new Mustang Mach-E. Now Biden wants to revisit this failed experiment.

The biggest item of failure was President Obama’s Green Energy initiative. This was a major governmental push to translate America’s dependence on fossil fuels and see us move to the next generation of energy independence. Most people are familiar with Solyndra, the solar panel company highly touted in the Obama years. The company became the poster logo of failed renewable programs when they filed for bankruptcy after blowing through over $500 million of government loans in less than two years.

What is less known is the sheer size of Obama’s list of failed green energy initiatives. Here is a lengthy but incomplete rundown of green companies granted governmental funds under Obama which soon operated in the red.

Bankruptcies, closings, and all-around failings are what is found throughout this list. All took in money from the Obama green stimulus program in 2009, and those billions have translated into vapor. Now Joe Biden, who had a front row seat to this mass of wasted conservation stimulus, wants to raise the ante and dump more into this failing venture.

His alleged "infrastructure" plan only dedicates less than 10 percent to infrastructure projects. (CNN fact-checked this claim, and even when using admittedly loosened standards for what qualified as "infrastructure spending" they only boosted this total to 30 percent.) Joe Biden’s plan wants to snow-shovel freshly printed cash into a host of boondoggle projects.

- $10 billion for a ‘Civilian Climate Corps’

And why do we not see more politicians on the Hill pointing out that the only place where the term "green energy" applies is in the power needed to fire up the Federal Mint, where the funding for these garbage proposals derives? It is enough to generate coal-fired anger.