Punt in the Time of Corona: 66 NFL Players Decline Playing Over Covid Concerns

Brad Slager
|
Posted: Aug 08, 2020 12:01 AM
Share   Tweet
The opinions expressed by columnists are their own and do not necessarily represent the views of Townhall.com. 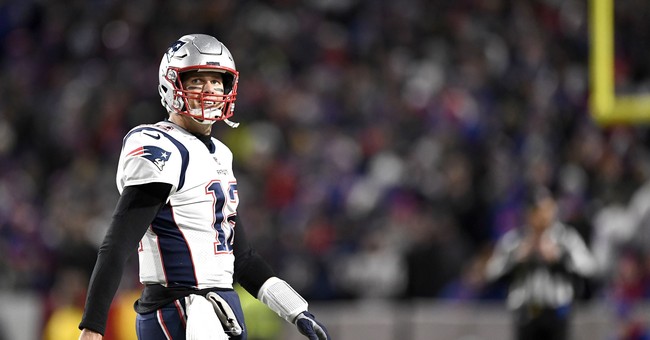 With the pandemic affecting most every manner of entertainment this year, one of the anticipated breaks in the entertainment void has been the return of professional sports. Over the past couple of weeks Major League baseball, the NBA, and the NHL have restarted their schedules, with some mixed results. To go along with some softening of interest from fans due to the political activism on display, there have also been coronavirus outbreaks on a number of the baseball teams interrupting the schedule.

Also gearing up is the NFL, as training camps opened this week while the league is still grappling with how it will manage the coming season. As of now the schedule will begin without fans in attendance and there are varying measures on how badly this will affect the NFL and individual team owners. Estimates range that league-wide losses could be about $5.5 billion, and possibly as high as $7 billion. Now there is another challenge for teams as the number of players who will not participate has been determined.

On Thursday the players’ union had its deadline for players to announce if they would elect not to participate this coming season over Covid concerns, and 66 players declared they will opt out from playing this season. The league reached an agreement for compensation payable to those who declared they would be opting out from play. If the player has a verifiable medical cause they will be paid out a stipend of $350,000, and those choosing to sit out due to concerns will be paid $150,000 against future salary payments. Following Thursday’s deadline, anyone who removes themselves due to a medical reason can get the stipend payment, but voluntary options are not reimbursed.

Those declines affect the rosters of most every team, with the exceptions being the Atlanta Falcons, Pittsburgh Steelers, and the Los Angeles Chargers. Most impacted are the New England Patriots, which following the departure of some notable free agents -- including mega-star Tom Brady -- now see eight players refusing to join the team this season. The Kansas City Chiefs are also particularly affected. Running back Damien Williams will not be playing. Also out is starting offensive lineman Laurent Duvernay-Tardif, and his possible replacement would have been the new draft pick, Lucas Niang, except he has elected to bypass his rookie year over concerns.

The majority of those players who chose not to play were logically found to be linemen. Between the OL and DL positions, those involving the most assured physical contact, there are over 30 players listed.

While these departures will present challenges to coaches, the longer impacts felt by the franchises are yet to be measured. The stadium revenues vary widely by team, but you get the sense of the impact when the top three franchises -- Dallas Cowboys, New England Patriots, and New York Giants -- receive over 50% of team revenue from stadium operations. The Raiders will lose significantly as they were poised to begin play in their new home of Las Vegas, and questions are in the air for the Rams and Chargers, as they are set to begin play in a new stadium. Also uniquely affected is Tampa Bay, as they just signed Tom Brady and saw a significant rise in season tickets as a result. The night it was announced he was signing with the team 7,000 requests for season tickets were placed; now that will be unrealized revenue.

The full list of teams and players is available here.