Bob Paduchik
|
Posted: Oct 18, 2018 12:01 AM
Share   Tweet
The opinions expressed by columnists are their own and do not necessarily represent the views of Townhall.com. 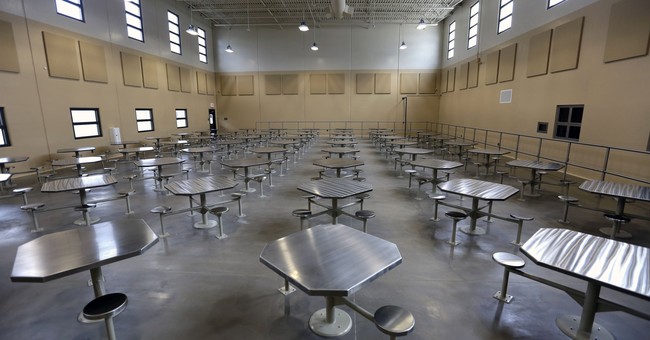 As the nation struggles to come to grips with the opioid crisis and all of the families impacted by this lethal threat, Democrats in Ohio are more concerned with wooing the support of the drug dealer lobby.

Issue 1 is the initiative on the ballot on November 6 calling for a statewide constitutional amendment titled the “Drug and Criminal Justice Policies Initiative.” It should’ve been called the “Drug Dealer Amnesty Act.”

Issue 1 is disguised as prison reform to emphasize drug treatment over incarceration. I say “disguised” because Issue 1 is really about increasing Democrat voter turnout — not promoting serious policy reform. That’s why radical left-wing billionaires who don’t even live in Ohio, such as George Soros, have spent millions to get Issue 1 on the ballot and support its passage.

There are many things wrong with Issue 1, but I am content to focus on what will happen with drug dealers.

Meet fictional Joe. Joe is a convicted drug dealer who has served nine years of his 12-year prison sentence. Joe’s lawyer files for early release because under Issue 1, anyone not serving time for rape or murder is eligible for a 25 percent reduction in his sentence for participating in various rehabilitation programs.

Since Joe participated in one of these programs while he was in prison, he qualifies for the reduced sentence — regardless of his criminal history. Joe gets out of prison early and, because Joe lacks any employable job skills, he goes back to doing what he does best: selling drugs.

And why wouldn’t he? Issue 1 will reduce a felony conviction for narcotics possession to a misdemeanor charge. That means Joe would have to be caught in the actual act of making a drug sale to face charges for drug dealing. The organizations that represent the people we pay to catch drug dealers, the Fraternal Order of Police and the Buckeye Sheriffs Association, both oppose Issue 1 for this reason and several others.

It doesn’t stop there. Issue 1 gets better for Joe and other drug dealers. It allows them to face only misdemeanor charges for carrying obscene amounts of one of the deadliest drugs. Joe could hold 19 grams of Fentanyl, enough to kill 10,000 people, and only be charged with a misdemeanor.

It’s clear why Issue 1 can be characterized as the Drug Dealer Amnesty Act. What isn’t clear is why Richard Cordray and other Democrat candidates support Issue 1.

Amending Ohio’s Constitution is not the best vehicle for public policy change; certainly not for the dynamic challenges we face in sentencing reform, opioid abuse, and drug treatment. Once the constitution is amended it’s impossible to adjust it, correct errors, or improve it without passing another amendment. We can’t risk placing the Democrats’ bad policy in our constitution.

This constitutional amendment is not the only opportunity for prison reform. There are at least two initiatives focusing on treatment over incarceration. The Trump Administration has been working on federal policy changes for months, for instance, and the Ohio State Senate is also looking at changing state law.

Both the federal and state proposals provide common sense policies that will lead to impactful results. Issue 1 would amend our constitution and make future policy adjustments very difficult, if not impossible.

Richard Cordray, the Democrat candidate for governor, has publicly endorsed Issue 1, but he gets squishy when it comes to explaining his position. Since the pro-Issue 1 campaign is bankrolled by the likes of George Soros and other left-wing special interests committed to electing Democrats, the real reason for Cordray’s support is no great mystery.

It’s that simple. Cordray and other Democrats support this ill-conceived drug dealer amnesty policy because they want more votes. That they would use a vulnerable population and play political games with our state’s constitution to earn them is no surprise, but must be stopped on November 6.