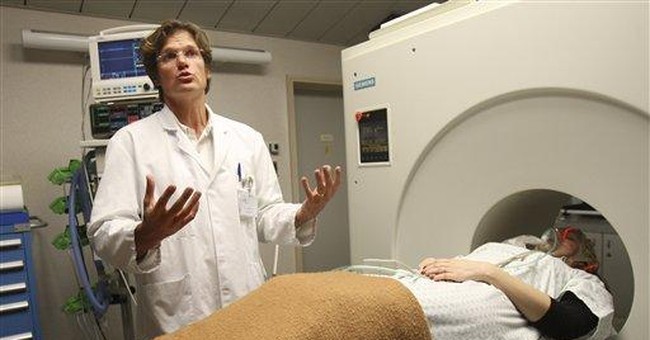 Lately, Americans have been quick to disparage other countries for their approach to life and death issues. In particular, many Americans have been outraged at the Netherlands’ policies regarding euthanasia, assisted suicide, infanticide and the killing of those with mental illnesses.

As Americans, we haven’t been entirely intellectually honest in addressing why these things have become so prevalent in Europe. After all, we would never allow that kind of immorality or degradation of human life. Not in this great nation. Right?

Americans had better look again and take the time to rethink their value systems. Because if you honestly believe such things don’t happen here, I’m afraid you may not be paying attention.

The simple fact is that many of us have been successfully conditioned to accept medical killing as a kind, appropriate and compassionate tactic. A great deal of it goes on quietly and out of the harsh light of public view. But, a growing number of families can tell you in no uncertain terms, it happens every single day in the United States.

Embracing death as a medical solution to human problems is nothing new. The attitude is one that has been promoted for decades. The slow but successful indoctrination of our mostly apathetic general public suggests that it is not only acceptable to kill disabled, elderly and vulnerable people, but that such acts are perfectly justifiable.

Only legal in three states, the number of those who have opted for physician assisted suicide may not be staggering. However, what is positively astounding is the very large number of people who, on a regular basis, fall victim to the practice of deliberately killing the cognitively disabled, the elderly, the mentally ill and countless others who are being starved and dehydrated to death.

With the entire world watching, my sister, Terri Schiavo died seven years ago on March 31, 2005 of a court-ordered dehydration – an agonizing death that lasted nearly two weeks. It may have been the first time most people were witness or even considered that this type of inhumane act could happen to an innocent individual. Sadly, Terri’s case wasn’t isolated – it continues and in every imaginable setting.

It seems clear that much of what is happening almost always includes the talk of money. Because health care has become so astronomically costly, bottom-line thinking and profit have started to outweigh the needs and desires of certain people who live at risk.

The very real result, in terms of attitudes and actions, is that more vulnerable American citizens are sitting squarely in the cross-hairs of what appears to be a very real antilife establishment. Such attitudes put each and every one of us at risk.

When a person reaches a certain age, or their physical capabilities become profoundly limited and no longer are able to do what an “able” person can do, what happens?

Working to shape public policy, bioethicists and proponents of choice in dying do their in work in very subtle ways – reaching for buzzwords that soothe the general public into thinking death is the appropriate medical solution to complicated human conditions.

Indeed, their attempts at shifting our societal attitudes towards life, health, disability and death have been tremendously successful. The marketing, packaging and selling of forced death as a solution has brought the United States equal with those countries with which we find fault. We, truly, are no better.

How did this happen?

There are several dynamics at play and many people, who are experts in medical ethics, would probably outline the core issues in this way:

We re-defined basic care. In most states, the provision of food and water is statutorily defined as “medical treatment.” That enables health care providers and family members to deny this kind of basic care with the intent of causing death. This happens to people who are not dying, not stricken with illness and the elderly who unable to safely feed themselves.

We embraced ethics committees. According to a 2005 report by the Robert Powell Center for Medical Ethics, the laws of 40 states allow doctors and hospital “ethics committees” to disregard advance directives when they call for treatment, food or fluids. Perhaps the term “death panels” doesn’t seem so funny anymore, does it?

We tolerated the Persistent Vegetative State (PVS) diagnosis. PVS was established in 1972 by physicians, and it is often used as a criterion to kill the cognitively disabled. This is precisely the diagnosis used in Terri’s case. Consider, if you will, how profoundly offensive it is to refer to anyone as a “vegetable”.

Clearly, this term is meant to condition you to think less of a disabled person. There is another problem. PVS is misdiagnosed upwards of 50% of the time, according to a number of published studies. Even though the diagnosis is largely unscientific, it can be a death warrant to a patient with profound cognitive disabilities.

We embraced a flawed personhood theory. Some bioethicists have defined human beings as human “non-persons,” based on their ability to interact in “meaningful” ways – a benchmark that is subjective in every way. If someone doesn’t meet this criterion, theirs is a life no longer worth living. Indeed, personhood theory is being taught to our future physicians and health care professionals in some of our most prominent universities. It’s a sad and odd to note that, in the final decade of his life, President Ronald Reagan became according to these bioethicists a human non-person because of his Alzheimer’s.

The final stroke? Verbal engineering. Putting words in our public discourse and vernacular—words that people will repeat without thought, words that are intended to be the means to an end. The concept is simple, efficient and it works. As an example of this, read an article by Wesley J. Smith and Rita Marker titled, “Words, Words, Words.” They explain how various words and phrases have had a profound impact on the public, numbing them into accepting things that they know are negative.

Truly, the desensitization in our culture has become so intense that those who compare the dehumanization of disabled people to the atrocities in Germany prior to the Holocaust are now labeled fanatics. Yet, the very same people that were eliminated in Nazi Germany–the cognitively disabled–are being eliminated now for the very same reasons. They are seen as inferior. Burdens. Not quite complete humans.

Obviously, there is more than just culture-jamming that goes into this insidious movement. But it has become apparent to me that the death culture is not only winning, it’s gaining broad support.

Clearly, the reasons are out there for one and all to see. Health, life and longevity have become direct threats to profitability and the bottom line. That's why I fear those behind this death movement will not only continue, but it will intensify.

Even if you and I think it’s horrible, even if you believe that starving and dehydrating vulnerable people to death is abhorrent and even though we see some politicians wringing their hands over what is happening to people at risk, the question that still remains is simply this: What is being done to stop it?

Is anybody really serious about saving lives? Or, did we obediently buy the sales pitch?