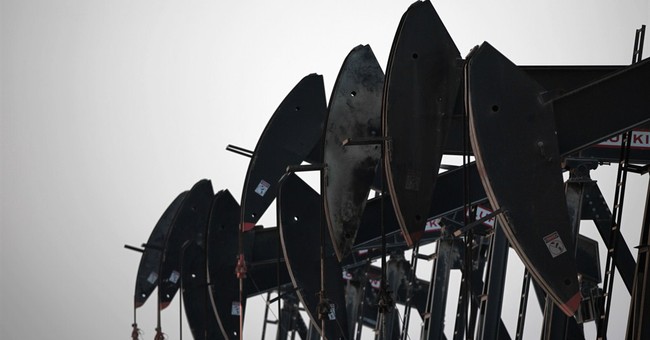 America suffers from ADHD compounded by 24-7 media schizophrenia and a President with no clear sense of direction. One day the United States is standing on the brink of war with Syria, and a few days later Obama has moved on to political warfare with the Republicans over the budget and debt ceiling.

Like people who are afflicted with the lack-of-focus inherent in the disorder, the Administration has the attention span of a gnat. In the middle of this intellectual muddle there's a natural disaster in Colorado and 12 Americans are mowed down by a deranged gunman—a government contractor no less—with apparent anger issues.

As the President's and nation's attention swings wildly between the crises du jour—some of which are of his own making—the Administration apparently is failing, or is purposely refusing, to connect the dots. The inescapable issue facing American today is U.S. economic and national security. The President is duty-bound to address it whether he likes it or not. Leading-from-behind has proven to be a lousy option.

Our national security worries could be addressed by taking a page from Ronald Reagan’s play book. In the late 1980s, Reagan’s policies bankrupted the Soviet Union by driving down oil prices from $40 a barrel to $18 a barrel over nine months, which caused the Soviet economy to collapse. The "Evil Empire" crumbled along with the Berlin Wall, U.S. national security increased, threats in the Middle East diminished, and America replaced Carter-era economic chaos with a generation of unparalleled economic growth.

National security expert K.T. McFarland says, we should “be happy to do it again.”

"Middle East wars will not stop with Syria, they are likely to spread throughout the region as oil-fueled Sunnis battle oil-fueled Shiites in country after country for years to come," McFarland writes in her recent essay. She urges President Obama to “think strategically” to address the Middle Eastern mess, and believes the best approach would be to pledge to make America energy independent by the end of his presidency and become a major oil and natural gas exporter by the end of the decade.

As McFarland says, “American energy independence would mean we no longer need to curry favor with one side or another in the perennial Middle East conflicts. Becoming the Arab oil countries’ biggest competitor means they will be forced to worry about how they are going to meet their own domestic payrolls.”

McFarland points out that the Saudis already are worried about the economic impact of U.S. developing its own shale oil and natural gas and lessening America's reliance on foreign energy sources. Additionally, Iran’s slipping oil revenues have made it more difficult for its regime to support the terrorist group Hamas.

Likewise, without American oil and gas development technologies and investments, the Russian economy would weaken and President Putin would be less able to flex his muscles. “Russia remains a petro-state,” McFarland notes, “one third of the country’s GNP and half their budget comes from energy exports.”

To shore up America’s superpower status, the Administration should take a few actions that would set alarm bells ringing in Syria, Iran and Russia. As an added benefit, these actions would greatly improve U.S. national and energy security, give a major boost to the economy, and generate revenue for federal, state and local governments to defray the budget crisis.

The Administration should encourage the development of America's enormous oil and natural gas supplies, which would create hundreds of thousands of jobs and drive down prices global energy prices. It should encourage exports of liquid natural gas (LNG) and compete directly with other energy-producing countries. And, the Administration should immediately approve the Keystone XL pipeline.

The EPA should stop being a willing partner with environmental groups that continually alarm the American public over fracking. As recent studies have shown, there are no confirmed cases of groundwater contamination caused by fracking operations although the practice has been used in the United States since the 1940s. Furthermore, a new study by the National Academy of Sciences shows that concerns over methane emissions from natural gas wells have been completely overblown.

This October, the United States will mark the 40th anniversary of the Arab Oil Embargo, which was a painful time in American history. Oil prices quadrupled, and we learned that the Organization of Petroleum Exporting Countries (OPEC) could stunt our economic growth by withholding oil to punish us. Have we learned nothing from that experience?

There is no reason for the Administration to be paralyzed by indecision or phony environmental claims. The answer to many of our most pressing problems lies right beneath our feet. We need policies that promote U.S. oil and natural gas development now.