Are American Athletes Morphing into Snowflakes?

Bob Barr
|
Posted: Aug 04, 2021 12:01 AM
Share   Tweet
The opinions expressed by columnists are their own and do not necessarily represent the views of Townhall.com. 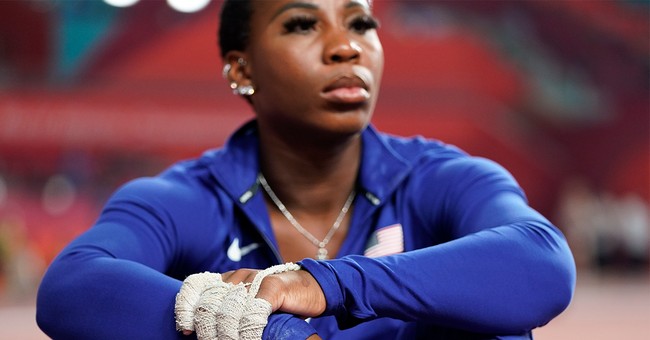 Ratings for the Olympics are at record lows, and it is no surprise why. Between the anti-American protests of some U.S. athletes, and the empty stands that make the competition feel hollow and flat, Americans are just not catching the Olympic spirit this year. It certainly did not help when Simone Biles, America’s top Olympic gymnast, threw in the towel in the middle of her sport’s biggest competition and on the world’s biggest stage.

For America, a country built on hard work, sacrifice, and a “never quit” attitude, Biles’ exit was a slap in the face to the quintessential “grit” that pioneered the very country she represented. Even more ironic, she quit not in an individual event where the fallout would impact only herself, but in the team final when her team was counting on her the most.

Some say Biles did not owe “us” anything, and that she was right to do what was “best for her.” Therein lies the problem, reflective of a corrosive selfishness in athletic competition where individual “o.k.-ness” is the highest priority. Contrary to the unsurprising gushing of marshmallow soft liberals, this psychobabble kumbaya spirit does not refect “strength,” but rather textbook weakness which in decades past was afforded no place in American sports.

Now, in the Age of Me, this phenomenon is being celebrated; for instance, rewarding tennis pro Naomi Osaka following her sudden withdrawal from the French Open for “mental health” reasons after ditching a press conference. Her actions netted her cover spreads in major magazines, complete with the quintessential woke headline, “IT’S O.K. NOT TO BE O.K.” This fawning coverage of the disgruntled prima donna was accompanied by a call that “sports need to change.”

If such a worthless platitude is adopted as the new standard of excellence in sports, what can we expect in the months and years ahead? A college football team cancelling a day ahead of a scheduled matchup because the team needs a “mental health day?” Lebron James walking off the court mid-game when he decides he is too stressed about the Lakers falling behind? The Olympic Committee refusing to permit an American team to participate because their dominance might adversely affect a less talented team’s sense of self-worth?

This is not the attitude of winners, but of narcissistic losers. If an athlete needs a break from competition, that’s fine – take a break – just not in the middle of, or right before, a competition on which your teammates, your school, or your country have a right to rely. Moreover, such decisions should not be celebrated as some sort of “heroic” effort.

Competition, especially at the highest levels of Olympic or NCAA Division One competition, requires phenomenal physical and mental training. To arrive and remain at the top, one must be relentless and virtually flawless in the execution of his or her sport. This is extremely stressful and comes with immense public pressure, but the sacrifice is not without immense rewards – championship trophies, lucrative endorsements, national celebrity status, and lasting notoriety for decades to come. For these athletes to demand a mental health day at their convenience is nothing short of an admission they are not cut out to be among the elite of their sport.

From a broader perspective, adopting the woke attitude that it is “ok” to take a break and back off whenever one feels like it, is another example of how America slides down from the top, and not only in sporting competition but in other far more significant policy arenas such as national security. Teaching our youth (and showing our adversaries) that it is okay to quit whenever “you are not quite feeling up to it” sends the unmistakable signal you are not really serious about winning.

It is a defeatist mind-set with serious and far-reaching consequences.

Neither Biles nor Osaka deserve the blame for all of this. Both young women are members of a changing society that rewards softness, shuns grit, and declares that “everyone is a winner” in order to make sure “no one is made to feel bad.”

However, permitting this trend to continue and take hold of our culture will inflict perhaps permanent damage to the American Fighting Spirit that has sustained our rise to the pinnacle of world power.