Bob Barr
|
Posted: May 22, 2019 12:01 AM
Share   Tweet
The opinions expressed by columnists are their own and do not necessarily represent the views of Townhall.com. 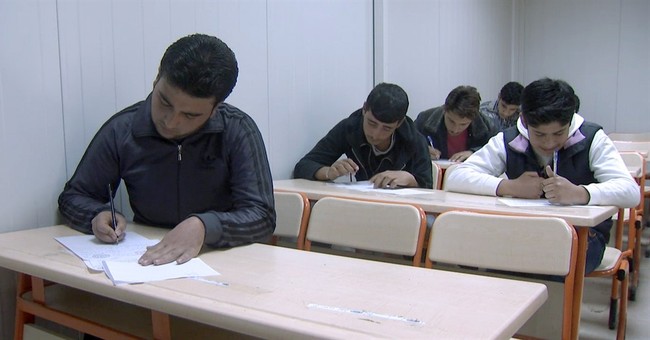 Since 1926, the SAT has served as the standard of scholastic assessment for college-bound students. Each year, some two million high school students pay at least $47.50 to take the exam, which is virtually mandatory for acceptance into any competitive college or university in the United States. Although never meant to be a perfect barometer of college success, the SAT has been a well-regarded instrument for helping to identify high achieving students for nearly a century. Until now.

Some Brainiac, or a committee thereof, has decided that in order to remain “relevant” (or something), the test must broaden its platform to calculate more than a student’s ability to master scholastic problems involving math, language and other subject areas heretofore considered a relevant measure of academic performance. It will now be designed to measure the “adversity” in which the test-taker lives or has lived. If that sounds nonsensical; it is.

The College Board, which is the private non-profit organization that developed the SAT and oversees its administration, announced it would be adding a special “bonus” score in addition to the standard scores for math and language; factors unrelated to the test taker’s raw test results. Resembling more an exercise in alchemy to divine a student’s true, intrinsic ability as distinct from their actual test results, the “adversity score” will be based on a concoction of circumstantial factors such as family income, neighborhood crime and poverty levels, and housing environments.

As Inside Higher Ed notes, this data will come from the College Board’s own databases containing information on U.S. high schools and surrounding areas; though it is problematically unclear from where the more personal information about a student’s home life will be gleaned. Many of these data points, it seems, will be extrapolated rather than scientifically derived.

In other words, for the College Board, the objective standard of academic achievement will now become un-objective. This bizarre result, however, appears to be entirely the point – to “level the playing field” so no one student has an “unfair” advantage over anyone else, and everyone is therefore “equal” in the eyes of the College Board overseers. Such will-o’-the-wisp hocus-pocus would be laughable but for the fact its perpetrators apparently are serious.

The opportunity for mischief in using such a brew of irrelevant factors to determine final test scores for the high school test-takers is obvious. Results can be skewed at the whim of the College Board’s algorithms to arrive at higher or lower scores depending, from year to year, on what type of students they decide are the more worthy to have an improved chance to be admitted into a college or university of their choice.

A student’s preparation, hard work and intelligence are now subject to being diluted because some of their peers might have street addresses placing them in neighborhoods deemed by the College Board to be more “adverse.”

The “law of unforeseen consequences” as applied to this new system of “adversity scores,” actually could wind up making things worse for hardship students. For one, the SAT’s reliance on high school and neighborhood statistics runs contrary to charter school programs and local government initiatives that try to send underprivileged students to higher-performing schools in more affluent neighborhoods. Now, these students will be penalized for not remaining at their lower-performing schools.

Additionally, adversity score metrics create more opportunities for ultra-wealthy families to game the SAT scoring system; as Lori Loughlin and Felicity Huffman demonstrated quite clearly the lengths determined parents with resources will go for their kids.

So, while the rich can afford expensive tutors and doctor-shopping for a note allowing for untimed testing, and at the other end of the spectrum students from lower-performing schools get a score bump thanks to the SAT’s recent changes, middle class students are left to wonder if studying and diligent homework completion are any longer sufficient to be competitive; or, if those scores are to mean anything anymore.

And, if SAT scores are dropping in relevance (as they likely will be after these updates), what is there to separate mediocre students destined for mediocre colleges, from advanced students who deserve to attend better schools where their talents would be best utilized? In fact, this may be the real goal in all this nonsense -- accelerating the movement toward a system that debases and punishes achievement and rewards mediocrity.

In a sense, the College Board Brainiacs who concocted this scheme can be seen as simply riding the socialist wave that has virtually every Democratic presidential candidate calling for “free” college education for all comers. In such a society, tests will be considered inherently unfair and ultimately unnecessary.