Bob Barr
|
Posted: May 02, 2019 12:01 AM
Share   Tweet
The opinions expressed by columnists are their own and do not necessarily represent the views of Townhall.com. 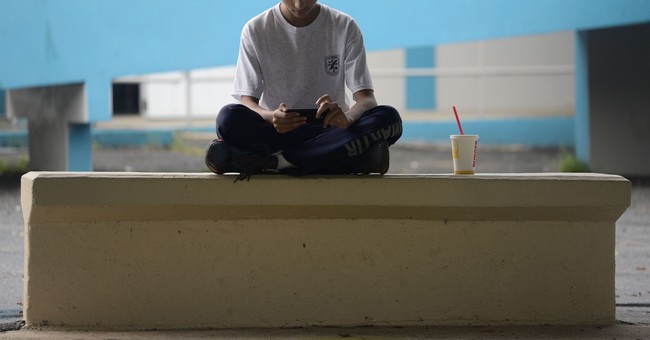 In the wake of last week’s tragic shooting at a Jewish temple outside San Diego, California, attention is once again focused largely on the instruments used in the murder, rather on the root causes of the incident; especially the depraved internet community in which this and other recent murderers live.

Except for the victims of these murderous rampages and the brave public safety first responders, we citizens are largely insulated from the actual horrors of mass murder. We are spared the horrendous visuals of bodies torn apart from bombs and bullets; the stomach-churning screams of victims as they’re stalked and murdered at point blank range; the stench of death mixed with ammunition propellant. These details are far too unsettling for public consumption (properly so), which is why conventional wisdom leads many to believe such violence is more common than it really is; as if picking up a gun and shooting-up a church is as easy as playing a video game. It is not.

The mass killings of strangers is not a normal act for a human being; even for most hardened criminals. We simply are not programed for emotionless, indiscriminate killing; that is, unless we cease to view other people as human. This is how the Holocaust occurred in a highly educated, industrialized nation; or how a 19-year-old from San Diego could walk into a synagogue with a single goal in mind – to kill other people.

By focusing our emotional attention after such tragedies debating (as we do with excruciating predictability) the type of firearm used, or whether the First Amendment should protect hate speech, we fail to address the greatest danger of all, and the root cause of these crimes – social isolation.

Wherever you look in today’s society, examples of increasing social isolation are apparent. Many examples can be considered benign – digital customer support and kiosks for ordering everything from fast food to medications.  Other examples are more sinister -- children preferring online gaming with strangers to team sports with friends, or worse, adult men who prefer sex robots to actual human relationships.

The cumulative collateral effect of such social isolation is a growing detachment from other people; and, as we have seen recently, it can be deadly.

Many of us are fortunate to find and join social groups at work, school, or church to help keep us firmly grounded. But increasingly, many of our fellow humans do not, and have instead turned to the internet for a sense of worth and belonging, even a new personal identity.

Not surprisingly, both the San Diego and Christchurch killers belonged to the same internet message board; an online ecosystem with equal parts political extremism and internet machoism. Here, political incorrectness is lauded in proportion to the offensiveness of the statement. Before long, the hatred becomes less a joke than a conviction; a radicalization process encouraged along the way by nameless “friends” on the other side of the digital connection, who are similarly detached from the real faces they mock and on which they prey.

When the San Diego killer announced his murderous plan to his digital “community,” instead of dissuading him, those on the message board urged him to “get the high score” – sickening slang for the number of victims. This was his new “family,” and this was their form of love; just as it was for the Christchurch shooter and other recent mass murderers such as the Charleston killer.

Disturbing as it may be, this phenomenon will continue to worsen as cultural and social institutions increasingly are belittled and undermined.  The two-parent nuclear family and the support it provides is becoming all too rare. Religious institutions constantly are under attack, with church membership at an all-time low. Greek Life at colleges is swiftly becoming a relic of the past as fraternities and sororities clash with the P.C. campus movement that declares any group activity encouraging bonding based on common ideals, be declared “discriminatory” and therefore banned.

Politically we operate now in a climate in which “punching” other people is the new norm, and even Members of Congress openly call for the stalking and harassment of opponents. No opportunity is passed up to ruin an opponent’s professional and personal life because of a political disagreement.  Laws are debated, enacted, and then glorified -- such as in New York and Virginia -- according to which newborn babies can be left to die after birth.  Clearly, nothing that debases life or values is beyond the pale.

And still, in such a depraved and forlorn environment, we somehow seem surprised when an internet junkie carries out in real life what he and his faceless cohorts practice daily on their laptops computers.