Bob Barr
|
Posted: May 02, 2018 12:01 AM
Share   Tweet
The opinions expressed by columnists are their own and do not necessarily represent the views of Townhall.com. 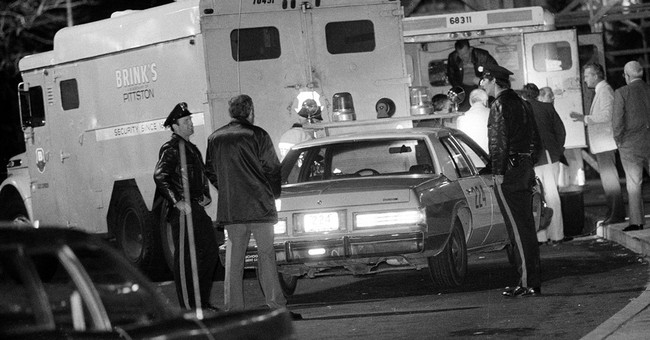 As the little girl in the movie "Poltergeist" declared, "They're baaaack."  This time, however, it is not evil ghosts reappearing to make us shiver, but real-life leftists transforming their mid-20th century social movement centered on college campuses and anti-war rhetoric, to one far more subtle and multi-pronged. Hillary Clinton's college mentor, socialist Saul Alinsky, the Rasputin behind that 1960's movement, drafted the roadmap for the radical Left to achieve its transformational goal of socializing America.  They fell short of their goal, but only with regard to the timeline.  Now, in this early 21st century, Alinsky's manifesto is being updated and expanded; and one of its prime implementers may surprise you.

The non-profit community, long a meeting place for far-left sympathizers and Democrat do-gooders, now is in the vanguard of defining and implementing what Alinsky defined more than four decades ago as "Rules for Radicals."

Alinsky's 13 rules, combining psychology with political activism and brutal single-mindedness, is an undeniable masterpiece when it comes to neutralizing one’s opponents. Yet, as timeless as Alinsky’s rules may appear, they are not indelible.

Today’s liberals have, with some exception, evolved passed the raw violence of predecessors like the Weathermen, a late-60s urban terrorist group. Instead, the new weapon of choice is more cleverly camouflaged and dangerous. Riding on the coattails of post-modernism forced on us by university professors and pandering politicians, is the notion that objective “truth” is fiction, and that facts are simply a matter of shaping perspective.

It seems fitting then that a 14thRule should be added to Alinsky’s original 13: “Truth is what you make it to be.”  Facts no longer are the “stubborn things” of an earlier age, but simply concepts to be defined by their presenter.

The act of lying with the intent to deceive is as old as the story of man. What makes today’s deception so different is the intentional manipulation of truth as a strategy for political gain; a process so convincing,apparently, that even those who spin the falsehoods come to believe their new “reality.” After all, the goal is not to create a believable fiction, but to so tweak and distort the underlying facts that the fiction becomes the new truth. And, while it may seem only the most sociopathic could handle the mental and moral burdens of pursuing this tact in furthering a political cause, the Rule is more mainstream among the Left than we should hope.  And here is where the non-profit community comes into play.

In last month’s edition of Nonprofit Quarterly, a publication well-regarded and widely-read in the non-profit sector, contributor Susan Nall Bales details a new roadmap for “revolution” based upon the successes of the Parkland High School students who made headlines advocating for gun control. In it, Bales calls for reframing the debate about guns to focus less on facts, and more on “crafting of explanatory stories,” which “connect the dots for people and give them a complete story about how the world works that they can share with their social circles.” In other words, treat “facts” are secondary to the overall narrative you wish to create, as long as it is compelling and persuasive.

Perusing Bales’ article, the dots become more clearly connected in understanding today’s myriad of social movements on the Left; movements driven not by logic or reason, but by a sense of pure emotional superiority.  For the Parkland Kids, the objective facts on gun control, gun crimes, and complexities of stopping mass shootings, are of minor importance; as they did not fit theirnarrative that kids are sent to school every day to be slaughtered because the National Rifle Association has all of Congress in its pocket. It was a story they sold well to the public; at least until the public realized that while students demanded the rest of the nation surrender their Second Amendment rights, the simple requirement of wearing clear backpacks was somehow a grave injustice to their First Amendment rights.

Bales would likely only fault them for failing to stick to the original script.

And, while we might remain optimistic that society as a whole would be able to recognize and reject this truth-bending, consider how easy Michael Bloomberg’s non-profit, anti-gun organization, Everytown for Gun Safety, has been able to drive the national debate about mass shootings by propagating demonstrably false information about school shootings, which is then soaked-up and reproduced by the Mainstream Media. Despite the reality that people are objectively far safer from gun violence than in the 1990s, the public has been intentionally lead to believe another far-scarier reality as a direct result of Everytown’s alternative truth-telling, because that is more supportive of its agenda.

While much of the non-profit world focuses right now on gun violence, this simply reflects the fact that it is an evergreen subject currently in the headlines.  The Left's real agenda encompasses far more than gun control; and its use of the non-profit community -- with fingers in so many pies and flush with dollars -- to further that transformation, is a tactic that would make Alinsky proud.