Campus Liberals Have Lost Control of the Frankenstein They Created

Bob Barr
|
Posted: Feb 08, 2017 12:01 AM
Share   Tweet
The opinions expressed by columnists are their own and do not necessarily represent the views of Townhall.com. 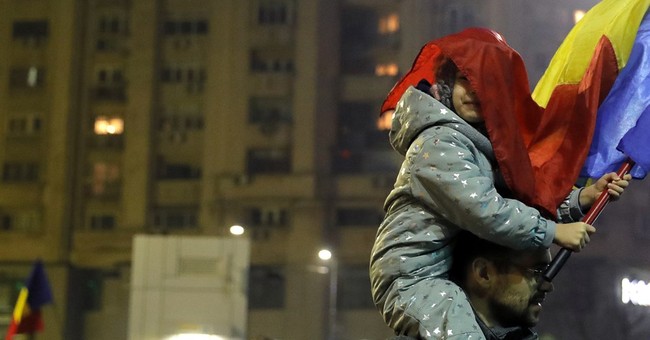 On today’s college campus, there are two types of speech; that which is deemed acceptable by liberal administrators, faculty, and students -- and everything else. It is this rigid standard of so-called “free speech” that conservative provocateur Milo Yiannopoulos encountered last week when attempting to deliver a speech at U.C. Berkeley. Instead of being greeted by non-violent protesting and intellectual “counter-speech” -- both constitutionally protected and acceptable means by which to address content others may find objectionable -- Yiannopoulos had to be rushed to safety as violent thugs began destroying campus property in hopes of canceling his speech, in full view of campus police who refused to intervene in the chaos.

U.C. Berkeley once was a model of free speech and expression; now it serves as a disgraceful reminder of how low the First Amendment has fallen in Higher Education. And, liberal professors and administrators, like those at U.C. Berkeley, have only themselves to blame.

For decades, higher education has been the refuge of aging hippies and radical liberals lured by the prospect of shaping young minds, hopefully after their own; and, thanks to tenure, free from the risk of being fired for overstepping their bounds. Under the guise of academic freedom -- a once-sacred centerpiece for classical education -- these prima donnas were given a long leash, and allowed to inject a blatant liberal bias into their curriculum. Many of these Leftist professors then moved into administrative roles, where they went to work just as they did in the classroom to shape school policies – restrictive speech codes, sexual harassment policies with no due process, so-called “free speech zones” – in pursuit of the idyllic liberal campus filled with harmony, diversity, and tolerance.  Except something went terribly wrong.

Beneath this thin veneer of campus unity was a system deliberately engineered to oppress intellectual content. In the early years, this primarily targeted traditional liberal bugaboos: conservatism, Christianity, and free market economics. Today, however, the toxic influence of identity politics has greatly expanded the “verboten” list, with demands that “trigger warnings” be given to any content that might make students uncomfortable; and speech seen as overly “white,” “straight,” or “patriarchal” is derided as “privileged,” and not worthy of debate, much less First Amendment protection. This is especially true of content labeled as “hate speech” – a liberal catchall term, with absolutely no legal basis, for particularly objectionable speech; but which is designed intentionally to deceive others into thinking the speech is not protected by the Constitution, making it easier to censor.

As this new political correctness on campuses took hold, administrators, who had encouraged or at least tolerated such an environment, suddenly found themselves on the defensive against protesting students; being forced to back down to their demands or risk being ousted for their perceived “betrayal.” Talk about being hoisted on your own petard.

The events at Berkeley were made worse by an apparent lack of effort to put a stop to the destructive violence intended to censor Yiannopoulos. Not only did the lack of action by campus authorities put lives at risk as the riots swelled without resistance, but this so-called “restraint” on the part of police – especially if ordered from campus administrators – gives the impression that such action is actually tolerated in practice, even if verbally condemned.

If – as now seems apparent -- we can no longer count on University administrators to act on behalf of their students and the taxpayers that fund these public institutions, then the need for outside action is warranted. This is why President Trump’s response should follow that of then-Governor Ronald Reagan, who acted swiftly and forcefully to stop similar campus unrest in the 1960s. Considering the vast  taxpayer dollars appropriated to colleges and universities across the country, Congress also must become involved; Chancellor Nicholas B. Dirks should be forced to appear before the House and Senate Oversight Committees, whose members should demand answers as to why the response to scores of violent thugs by campus law enforcement was “hands off;” not to mention that no individuals or groups have yet been held responsible for nearly $100,000 in damage.

The brute censorship of free speech at U.C. Berkeley and other campuses across the nation must stop. The integrity of America’s higher education depends on it. It is the duty of people like Dirks to ensure this occurs, and if he and other college administrators refuse to do so, then Trump, Congress, and state officials have a duty to students and the taxpayers to make it happen.